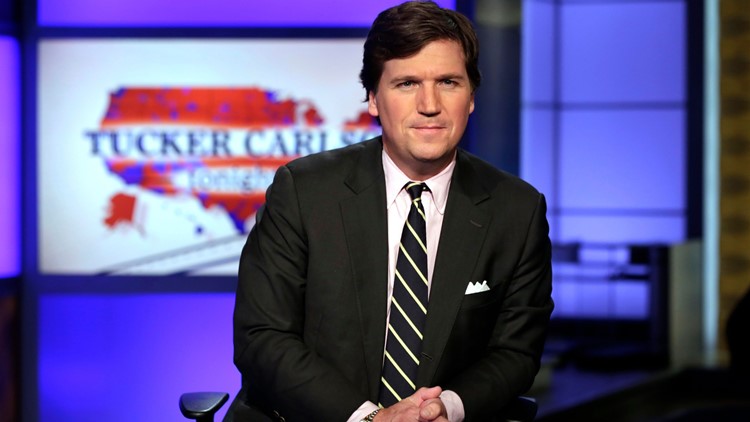 Photo by: AP Photo/Richard Drew, File
FILE - In this March 2, 2017 file photo, Tucker Carlson, host of "Tucker Carlson Tonight," poses for photos in a Fox News Channel studio, in New York. The liberal advocacy group Media Matters for America this week released two batches of recordings Carlson made as a guest on a radio show where he made denigrating remarks about race and gender. It was timed to coincide with Fox’s first-ever sales meeting with advertisers on Wednesday, March 12, 2019. Media Matters says it wants to pressure Fox into better behavior by making advertisers aware of what is being said on the air. Carlson says critics want to shut Fox down.

Carlson planned to buy an old town garage and transform it into a studio under a deal that called for him to pay $30,000 for the building while Fox would pay to equip the studio, the Sun Journal newspaper reported.

But Carlson pulled the plug within hours of the news report Wednesday evening. Carlson described himself as "bitter" and "crushed" and called the news report a "total violation of my privacy."

He said Fox would never leave such expensive equipment in a small, rural studio whose presence is widely known.

The flap comes as Carlson deals with fallout from the disclosure by Media Matters of racist and sexist comments he made on "Bubba the Love Sponge" radio show years ago, before he joined Fox.

As for Bryant Pond, it holds a special place in Carlson's heart.

Carlson told the town that he's "spent virtually every summer of my life" at nearby Lake Christopher. He currently broadcasts occasionally from a room in the town library basement, which he rents for $2,500 a year, the newspaper reported.