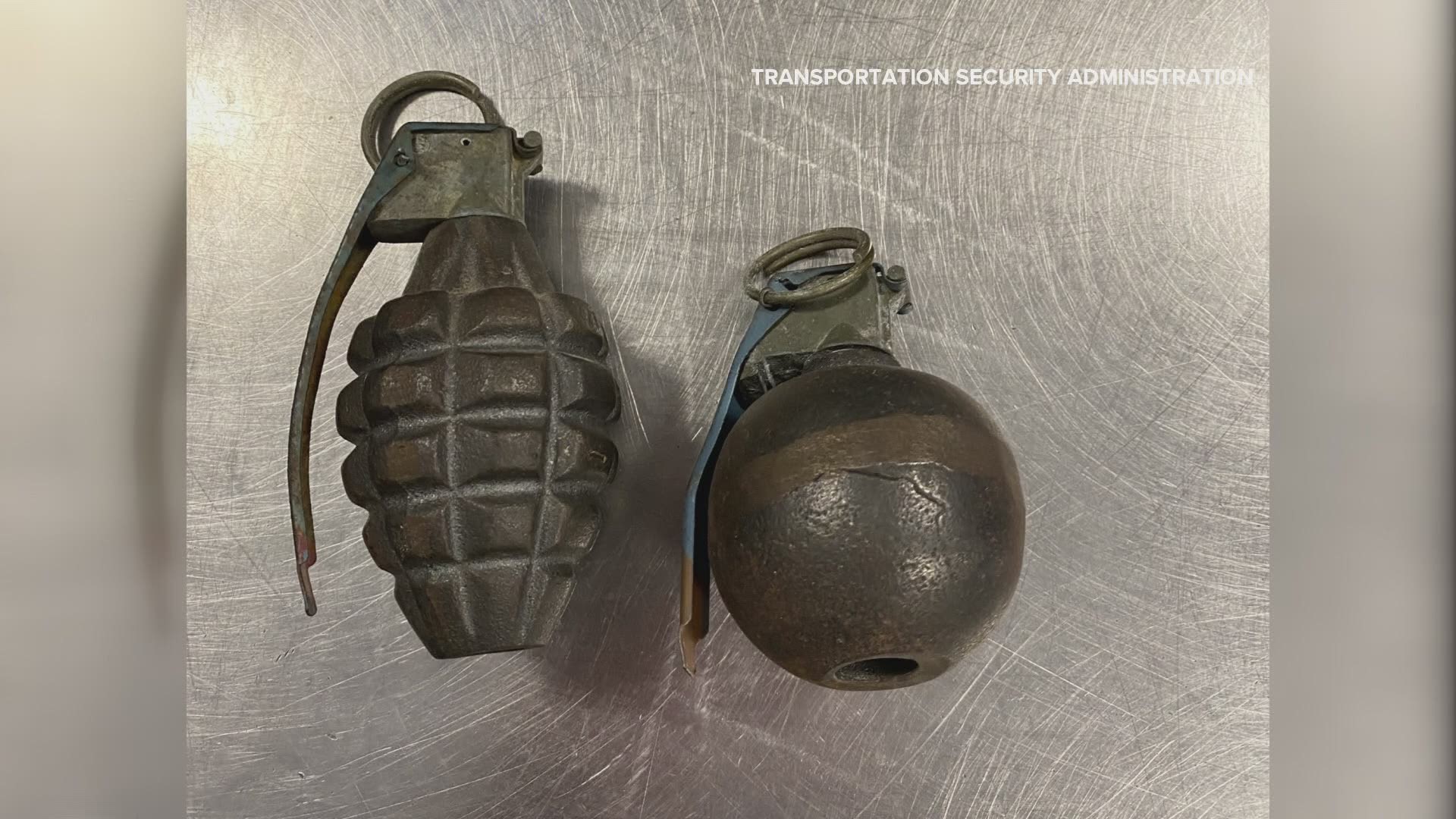 BANGOR, Maine — We all know that traveling with fluids over 3.4 ounces is not acceptable on airplanes, but what about replicas of explosives?

That's a no, too. But it's exactly what Transportation Security Administration (TSA) agents at Bangor International Airport found in a passenger's bag Tuesday, according to TSA New England.

The passenger, a 35-year-old woman from Florida, was questioned by Bangor police and allowed to continue on her flight after explaining she didn't know the items weren't allowed in checked baggage, Velez said.

Oh my! Nice find by @TSA officers @FlyBGR. The passenger thought these non-working grenades were ok to fly with. Not so...replicas of explosives are not allowed in your carry-on bag or in checked luggage. #nowyouknow pic.twitter.com/AwyTGRL01G

“The bottom line is, if you have any type of replica explosive, don’t bring it," said Velez. "You’re not going to be able to get through security whether it’s in your checked bag or your carry-on bag. Just leave it at home or find another way to get it back to where you’re going.”

He added discoveries such as this aren’t common, but they do happen from time to time.

The TSA interpretive rule found in the Federal Register states, "Realistic replicas of explosive devices are prohibited for the same reasons that realistic weapons are prohibited: They can be effective in intimidating crew and passengers.”

Federal law and operational considerations restrict the return of prohibited items that are left at the security checkpoint.

According to the TSA, people traveling with realistic replicas of explosives, such as hand grenades, in carry-on and checked baggage can be fined from $690 to $3,460 and the incident is referred to law enforcement. Confiscated, restricted items that are left at security checkpoints may not be returned due to federal law.