'Trek Across Maine', a cycling event that raises money for the American Lung Association, is being held virtually for a second year. 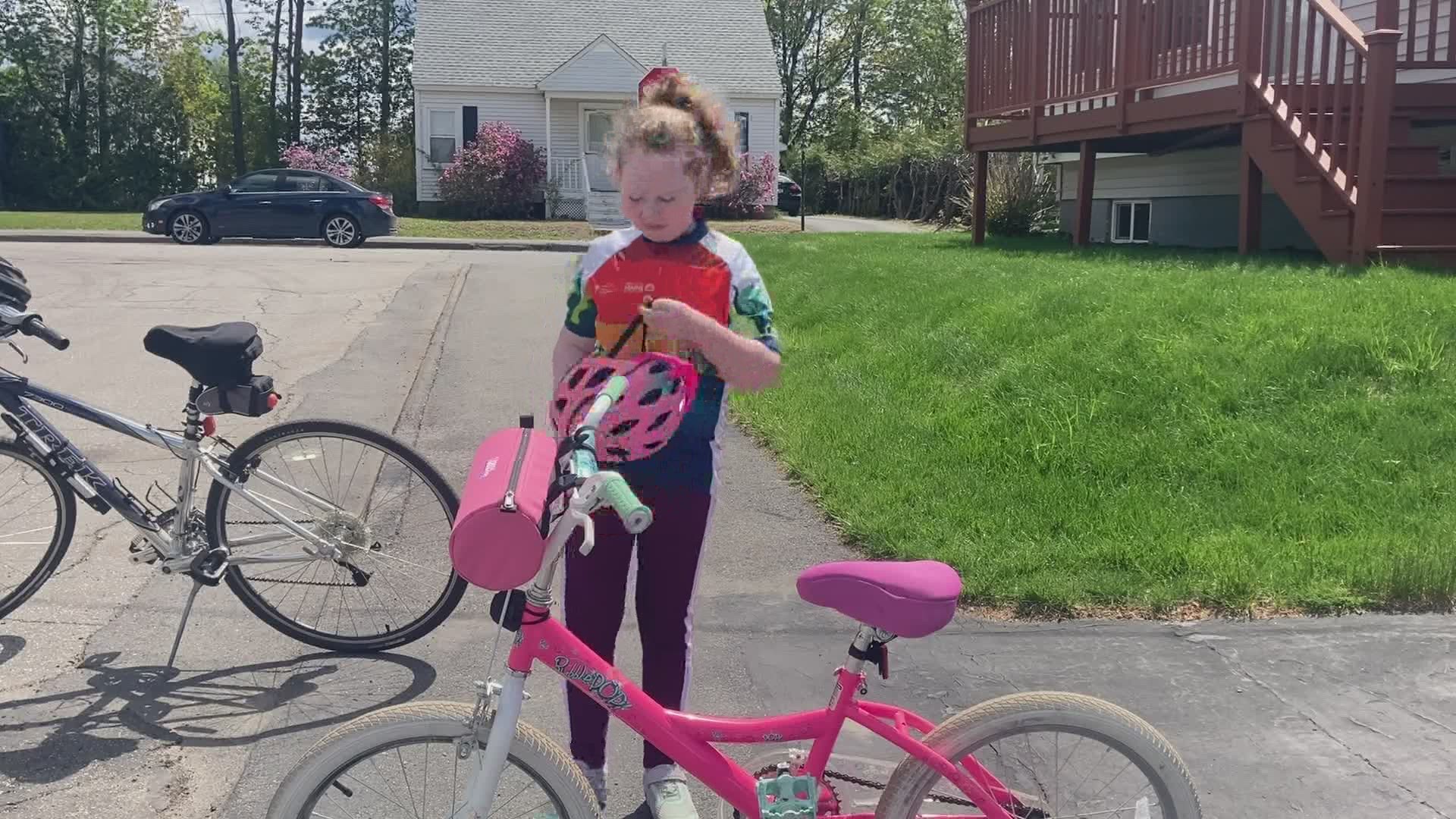 MAINE, Maine — Trek Across Maine, a fundraiser for the American Lung Association, is once again going forward virtually this year.

The event usually takes place over a three-day period in June. This year, like in 2020, participants are tasked with tracking their own progress as they cycle 60, 120, or 180 miles at their own pace before June 30th.

It appears the virtual model is allowing for more young riders to take part in the event.

Event spokesperson and participant Greg Glynn says, "Typically (pre-COVID), the Trek is a 3-day ride, 60 miles each day across the state, starting in Brunswick, up to Colby, down though Augusta and back to Brunswick. Not many kids have the stamina to ride 60 miles a day. However, now the Trek is virtual and people can ride whenever and wherever they want, kids are getting in on the fun and fundraising."

This year, 12 kids under the age of 16 have already registered for the event. That means the event is on pace to break last year's record of 17 kids who registered and raised at least $250 for the American Lung Association.

Among the youth participants is Greg's daughter, 9-year-old Kelsey Glynn, who says breaking up the long trek makes the feat less daunting.

"It's really easy because it's not over just a week, it's just over three months," says Kelsey. "So it's much easier than doing the regular trek because you don't have to ride a lot of miles a day."

Greg and Kelsey plan to finish their Trek on Father's Day.

To learn more, register to take part, or donate, visit the 'Trek Across Maine website.