Transmitted in the womb | Kids battle Lyme disease from birth

Shortly after birth, these kids started suffering from debilitating symptoms doctors could not diagnose or explain. Out of desperation, their families were forced to seek treatment out of state. 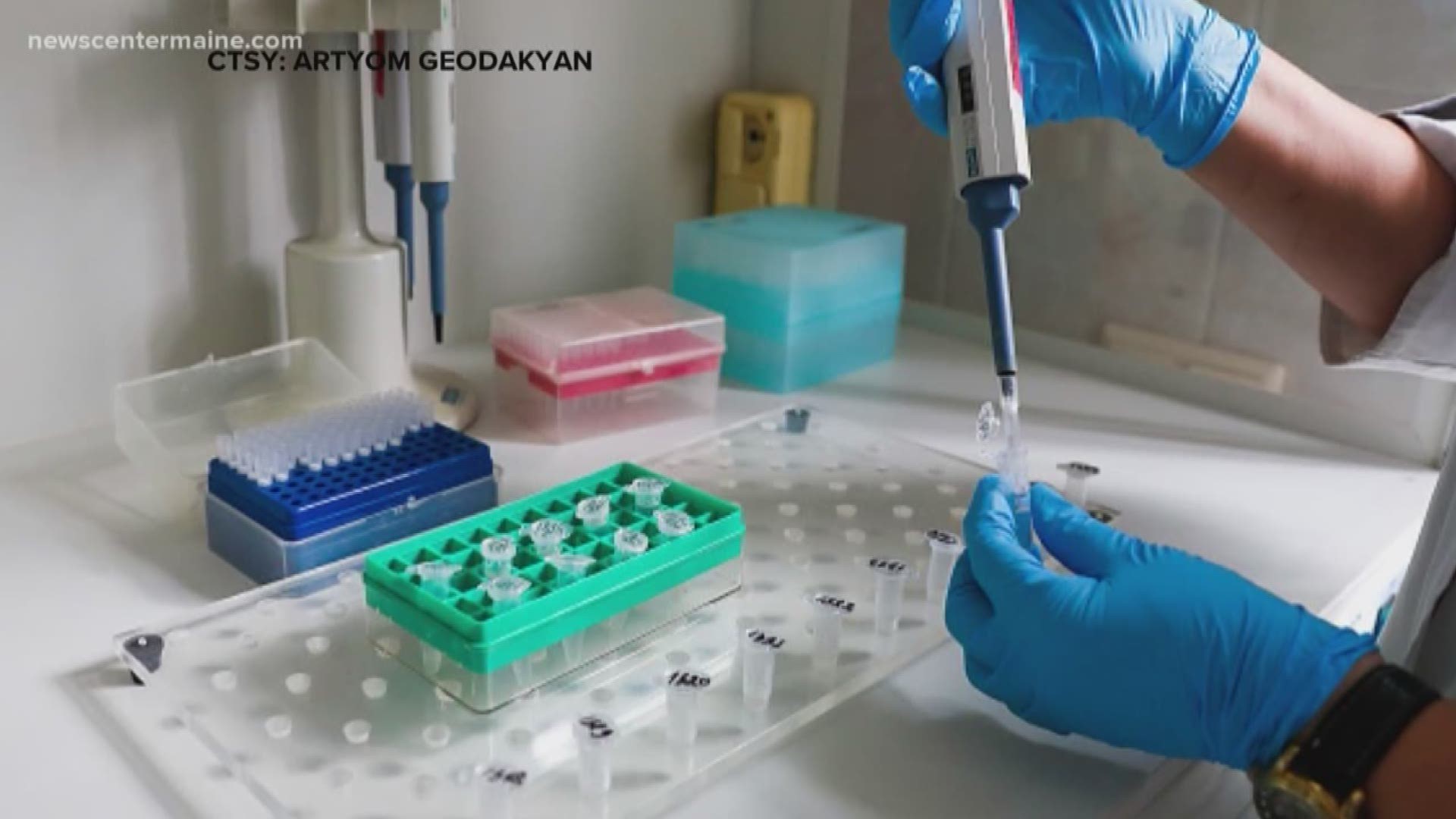 BRUNSWICK (NEWS CENTER Maine) - The CDC says every year about 300-thousand people in the U.S. are diagnosed with Lyme Disease, which is transmitted by deer ticks. Experts say a quarter of those cases are children -- the highest infection rates are happening in kids ages 5 to 14.

But a small number of kids in Maine didn't contract Lyme through a tick bite. Instead, doctors believe the disease was passed to them in the womb through their moms living with undiagnosed Lyme for years.

Celeste Zelasko was five months pregnant when she discovered a rash on her body. 'I definitely had a bulls eye rash we thought it was a spider or another bug.,'

9 months after her son was born he started losing weight, broke out in rashes and his hair fell out. But it didn't stop there.

'Miles was constantly getting ear infections, respiratory problems, asthma trips to the ER.'

Celeste and Miles underwent testing for Lyme disease, but they were negative. The two step blood test recommended by the CDC checks for antibodies against Lyme bacteria. But some experts say the test is unreliable -- failing up to 40 percent of the time even within 30 days of a tick bite. She and her son -- now 6-years old were diagnosed with Lyme disease based on their symptoms. A provider recommended treatment out of state. Celeste found a doctor for herself in New York and a pediatrician for Miles in New Haven, Connecticut.

The only pediatric Lyme specialist in the country and he was in his 80's and it would be a four hour drive.

Pediatrician Dr. Charles Jones practices outside the CDC guidelines. He has treated more than 15-thousand children across the Us and from around the world. He says is cure rate is at 98 percfent.

Those guidelines recommend treatment as one dose of antibiotics for children over 8 years old would include twice daily for 2-4 weeks.

“What’s important,” he says, “is to treat continuously, not stopping until all symptoms are gone." said Dr. Jones.

Angela and Aaron Gilbert say after their son Noah was born, he experienced medical problems no doctors could explain. Besides rashes and stomach problems their son was rarely awake.

'The fatigue was unbelievable, he would sometimes sleep 22 to 23 hours a day,' said Angela.

After multiple trips to the emergency room to treat her son's many fevers doctors still couldn't figure out what was wrong with Noah. A friend suggested Lyme disease, but the family couldn't get a medical provider even to consider the possibility. But Angela then heard about Dr. Jones .At this point, her son Noah was a little more than a year old.

'There were no options for us to get medical treatment and he was getting sick and sicker and sicker,' said Angela.

Dr. Jones treated Noah multiple doses of antibiotics at the same time over more extended periods of time. After Noah's younger brother Elijah because experiencing similar symptoms, the family knew they had to make a drastic decision. They sold their house in Maine and moved to Connecticut so both boys could be treated for Lyme disease and other co-infections by Dr. Jones.

“What’s important,” he says, “is to treat continuously, not stopping until all symptoms are gone."

Dr. Jones believes both Celeste and Angela were living with undiagnosed Lyme Disease when they had their children and passed the disease to them in the womb.

Angela ended up getting diagnosed with late stage Lyme and a number of co-infections. After several months of treatment, Gilbert says she and her sons started getting better. The joint pain subsided and the severe fatigue improved. The family returned to Maine 9 months later and found a Lyme literate provider familiar with the vast range of symptoms that may indicate infection at various stages of the disease, as well as potential co-infections and other complexities. But Angela says families should not have to make extreme sacrifices to get their kids treated for Lyme. She says if CDC revised its guidelines for pediatricians on antibiotic treatment for Lyme disease, more doctors in Maine would be willing to treat children who may have undiagnosed Lyme.

'They are in fear of losing their license that is the bottom line.'

— For information about Lyme Disease, Diagnosis and Treatment https://www.cdc.gov

For real-time data on Lyme Disease rates compiled by the Maine CDC go to https://data.mainepublichealth.gov/tracking/home or www.maine.gov/lyme

More stories related to this topic-

Family on a mission to raise awareness about Lyme disease