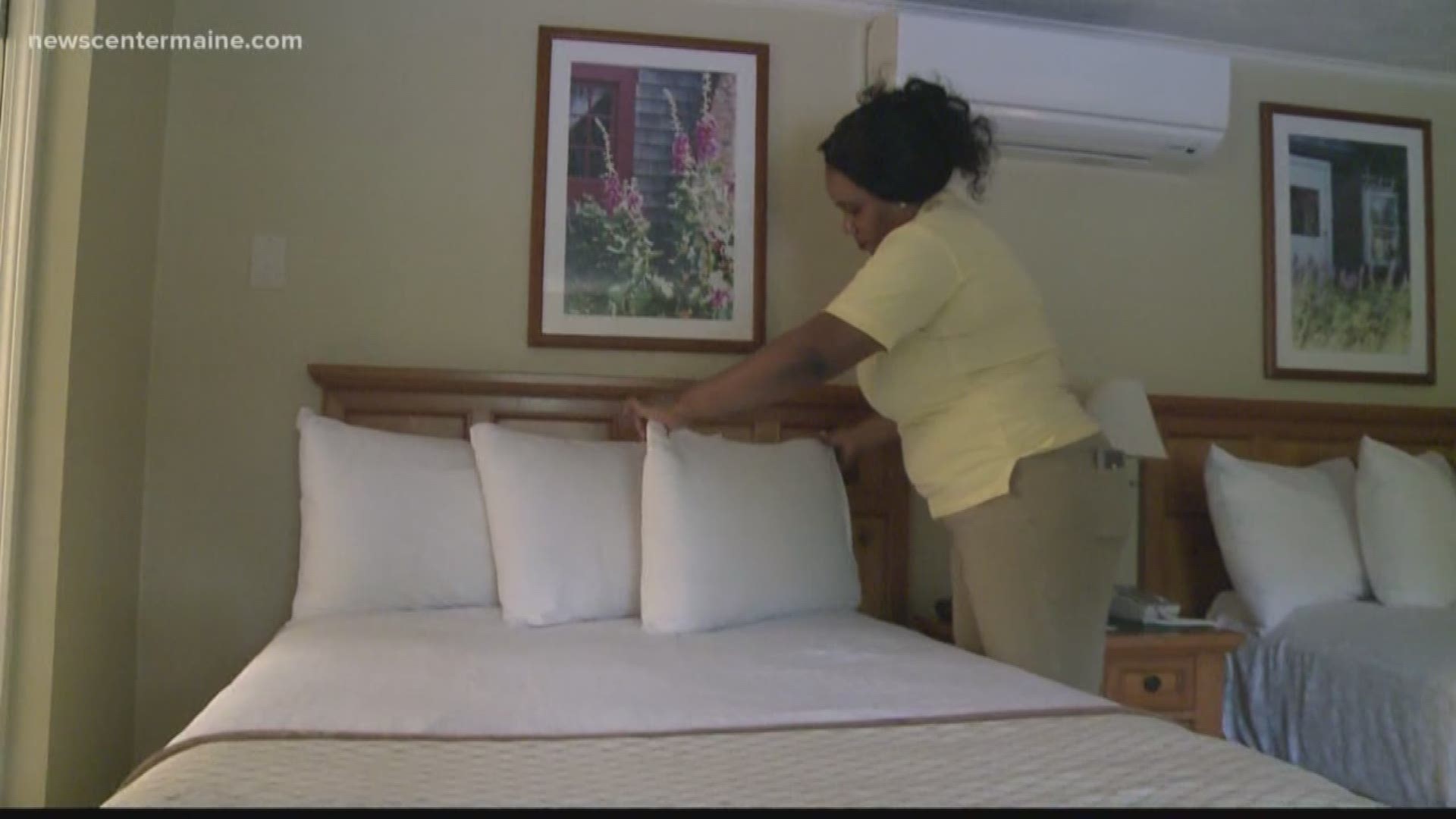 OGUNQUIT (NEWS CENTER Maine) -- Phil Cavaretta has plenty of work to get the Meadowmere Resort ready for summer. But even though he owns the resort, Cavaretta is driving around in a golf cart, putting plants in the new landscape beds. He and his family built the 144-bed hotel from scratch over the last 36 years. But now, as they get ready for another summer season, he’s worried.

"We’ve had a lot of success here, a great business. I hate to see it messed up by not being able to have the labor to run it,” he said.

Meadowmere is one of many Maine tourist businesses hit hard again by a shortage of summer workers. And their frustration is aimed at the federal government.

For a number of years, many hotels and restaurants have been filling the gaps in staffing with foreign workers on visas. Those H2B visas are controlled by the federal government, which only allows 33,000 for the whole country for the summer season. The visas are awarded through a lottery process, and many tourist businesses didn’t get the number of people they need. The family that owns the Meadowmere resort says their request for a dozen housekeepers was denied. They are scrambling to find others to fill the gap, but say the shortage of H-2-B visas is going to make it harder to keep things running for the season.

“We’ve been trying to figure out contingency plans. It's in flux,” said Allyson Cavaretta, who is the resort sales manager. “Its hard, the phones are ringing now, we’re making reservations now we can’t deny people their vacation because we aren’t sure what’s going to happen.”

The Maine Innkeepers Association says many businesses are in the same situation. They say overall Maine was granted about half the number of visas that businesses asked for. Business owners say they and their staffs will have to work more hours and figure other ways to make up for the shortage of workers.

For many of them, the shortage will mean longer hours and possibly more work days for the staff they have.

Allyson Cavaretta said she has been searching the country for visa workers already here who can take jobs in Maine before their visas expire.. her father, Phil, said they are also considering steps such as offering discounts to customers to not have their rooms cleaned every day, as a way to handle the shortage of housekeepers.

The Innkeepers Association said last year the government eventually added an additional 15,000 visas nationwide, but that happened later in the season— and only 200 of them were awarded to Maine.