Tired of seeing obscene vanity plates on Maine cars? The state might recall them

Think the state doesn't have the right to do that? License plates are state-owned property 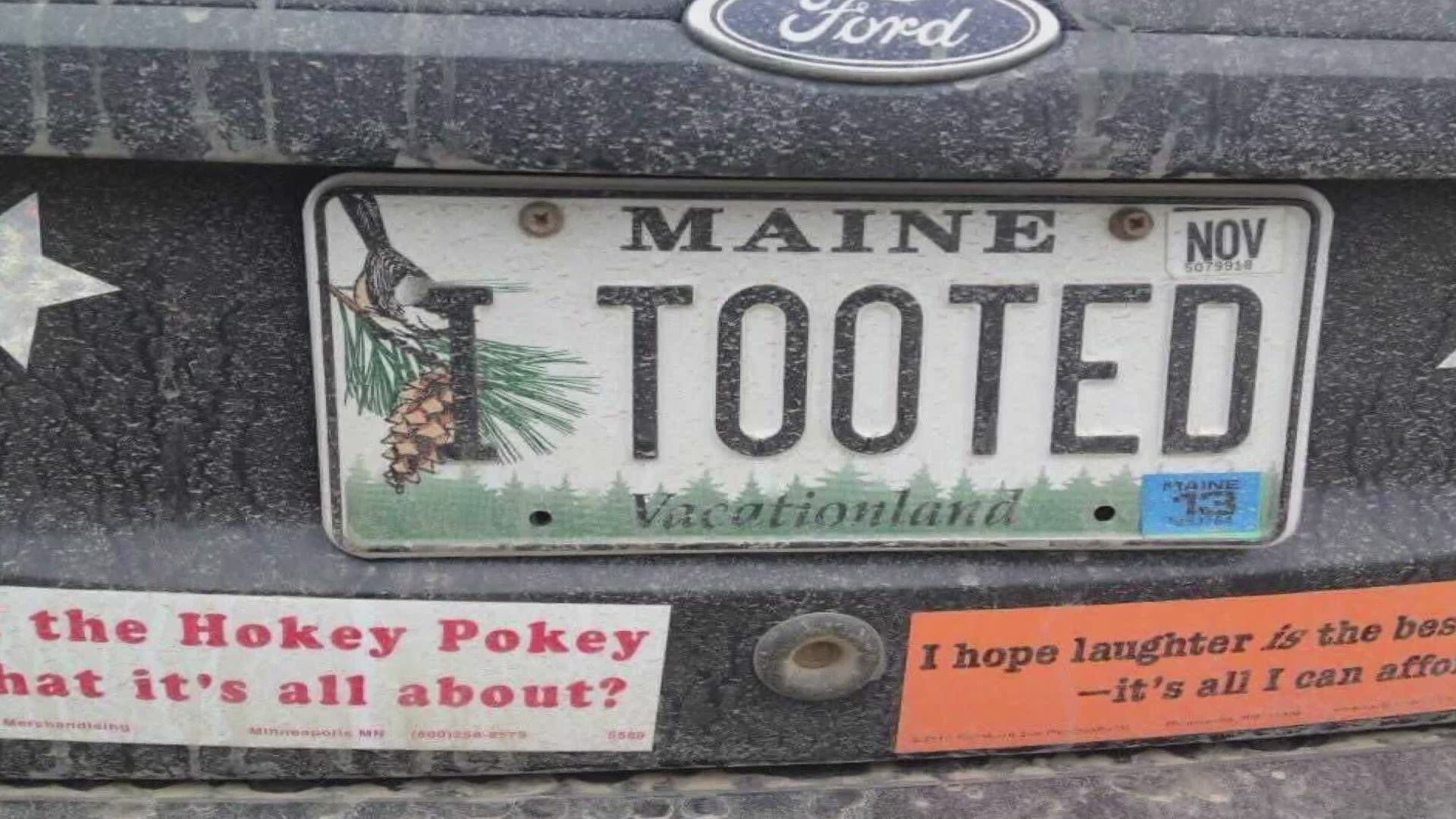 AUGUSTA, Maine — Did you spend more money for a vanity license plate that says something vulgar, sexual, hateful, or insulting? Well … you may not have that plate for much longer.

Lawmakers in Augusta are considering three bills that would allow the state to recall vanity plates or refuse to issue new ones that contain obscenities or other unacceptable speech. We would give you examples of plates that are out there already except that we are not allowed to say or print those words per FCC rules.

Many are asking, "Why is the state is printing obscenities on state-owned property?" Vanity plates, which are growing in number very quickly, are the number one complaint received by the Secretary of State’s Office and why it supports these bills.

Secretary of State Shenna Bellows testified in support of the bills on Tuesday, saying, “It’s not safe for parents or grandparents to play the license plate game with their kids in Maine anymore."

"You can’t escape the proliferation of the f-word and worse," she said. "Our office regularly receives complaints from motorists who are appalled to see these messages displayed on state-issued license plates, and I agree with their concerns.”

“The First Amendment protects your right to have any bumper sticker you want, but it doesn’t force the state to issue you a registration plate that subjects every child in your neighborhood to a message the government wouldn’t allow them to see in a movie theater,” Bellows said.

Prior to 2015, Maine law did allow the Secretary of State to also reject vanity plates that sought to use language with “obscene, contemptuous, profane or prejudicial” messages. The legislation currently pending would restore the Secretary’s discretion to deny such vanity plate requests.

During testimony before the Legislature's Joint Standing Committee on Transportation on Tuesday, state Sen. Bill Diamond, who's sponsoring one of the bills, said, “I’m no prude or someone who promotes 'big brother' government controlling our lives, but what we’re now allowing has gone way beyond the original intent of the vanity plate program."

Diamond insisted this does not constitute a violation of free speech. He said people can stick bumper stickers saying whatever they’d like on their car but license plates are owned by the state. No one spoke in opposition to raising those standards to include obscene language or personal attacks.

Bellows said if the state does recall your vanity plate, it will replace it with one of your choosing that meets its standard, for no additional cost.