Threshold met for referendum on $1B utility corridor project 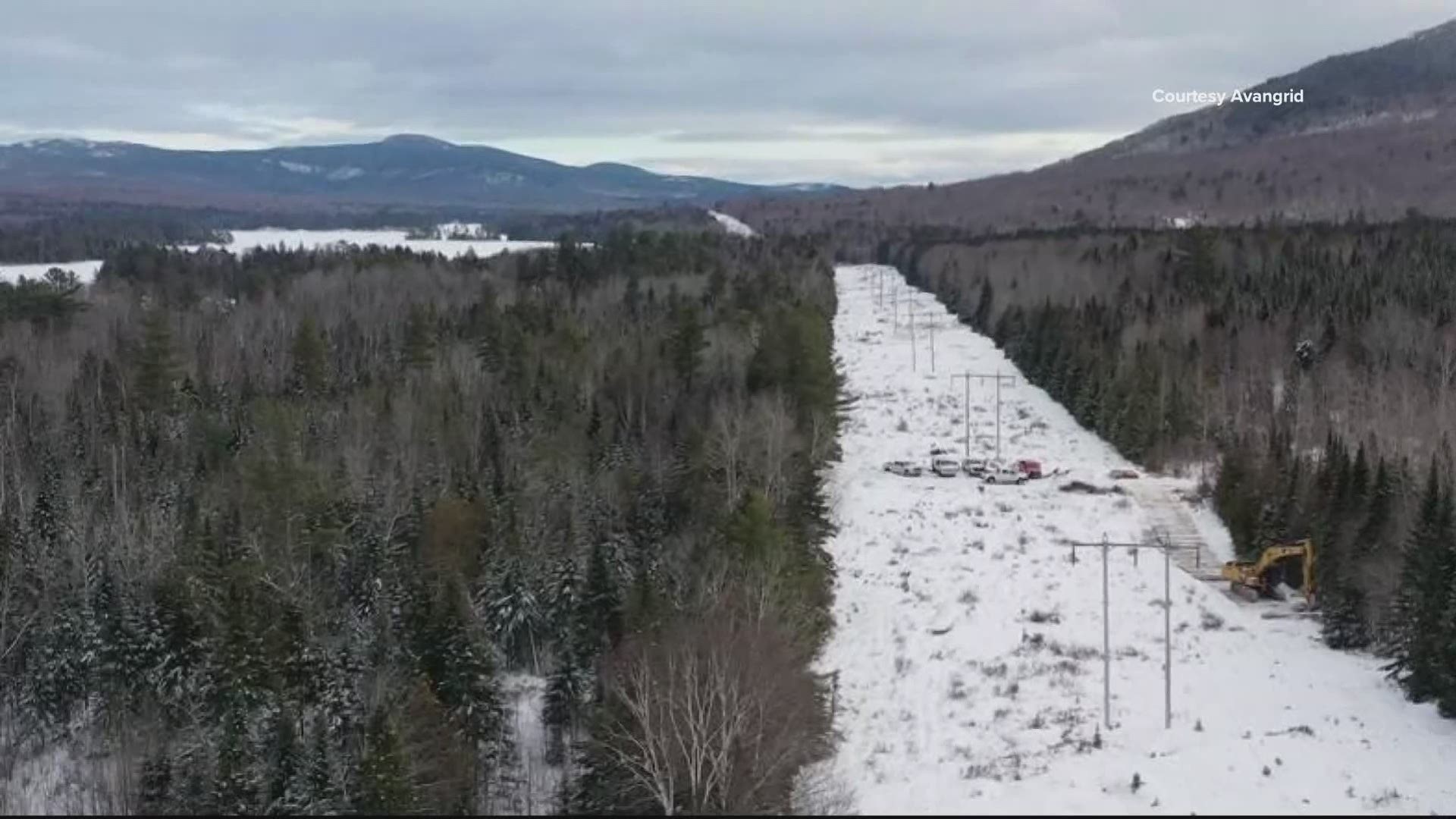 AUGUSTA, Maine — Editor's Note: The video above aired on Jan. 21 when the petition was submitted to the Secretary of State.

Maine election officials say opponents of a $1 billion electricity transmission corridor have collected enough signatures to move forward with a referendum. Maine Secretary of State Shenna Bellows said Monday that 80,506 signatures were certified, exceeding the threshold of 63,067 for the ballot.

The petition is the latest attempt by transmission line opponents to block the project. Leaders of No CMP Corridor said they collected over 100,000 signatures in near-record time, starting the petition just before Election Day in November and gathering signatures from more than 500 Maine towns and cities in just over two months.

"80,506 verified signatures is an amazing accomplishment for our effort during the cold Maine winter, and during the midst of a global pandemic," No CMP Corridor wrote in a Facebook post following the news Monday.

The referendum would require legislative approval for any electrical power line project that exceeds 50 miles and would be retroactive to September 2014. Orlando Delogu, professor emeritus at the University of Maine School of Law, has questioned whether the referendum is constitutional.

Central Maine Power’s (CMP) transmission line project officially called the New England Clean Energy Connect (NECEC), includes 53 miles of the new corridor, cut through the woods and mountain areas of northern Somerset County, from the Quebec border to The Forks. That is the section that has generated all the controversy, with opponents saying it will do irreparable environmental damage with little return for Maine, aside from temporary construction jobs.

If the Legislature passes the referendum, it would specifically prohibit such a line in the area where the NECEC wants to build.

Clean Energy Matters, a Political Action Committee created by Avangrid, CMP’s parent company, said Monday they will conduct their own review of petition signatures, as allowed by statute.

“While we have the utmost respect for the Secretary of State’s office, we plan to conduct our own review of the signatures,” Jon Breed, Executive Director of Clean Energy Matters, said in a statement. “Fossil fuel companies spent more than a million dollars on paid signature-gathering efforts. The fact that these companies provided hundreds of people with massive financial incentives in exchange for signatures warrants our utmost scrutiny.”

Breed goes on to say the NECEC has received all major permits and reviews by state and federal regulators, which “have all determined this project is good for Maine.”

“275 Maine residents are already on the job building this project,” Breed said. “The last thing we should be doing in the middle of a global pandemic is issuing more pink slips to Mainers because fossil fuel companies don’t like competing with renewable energy.”

The Maine Legislature will now consider this initiative. If they reject it, then there would be a vote in November.