Black ice caused three separate car crashes to happen within minutes of each other on Route 100 in New Gloucester, near the Auburn line. 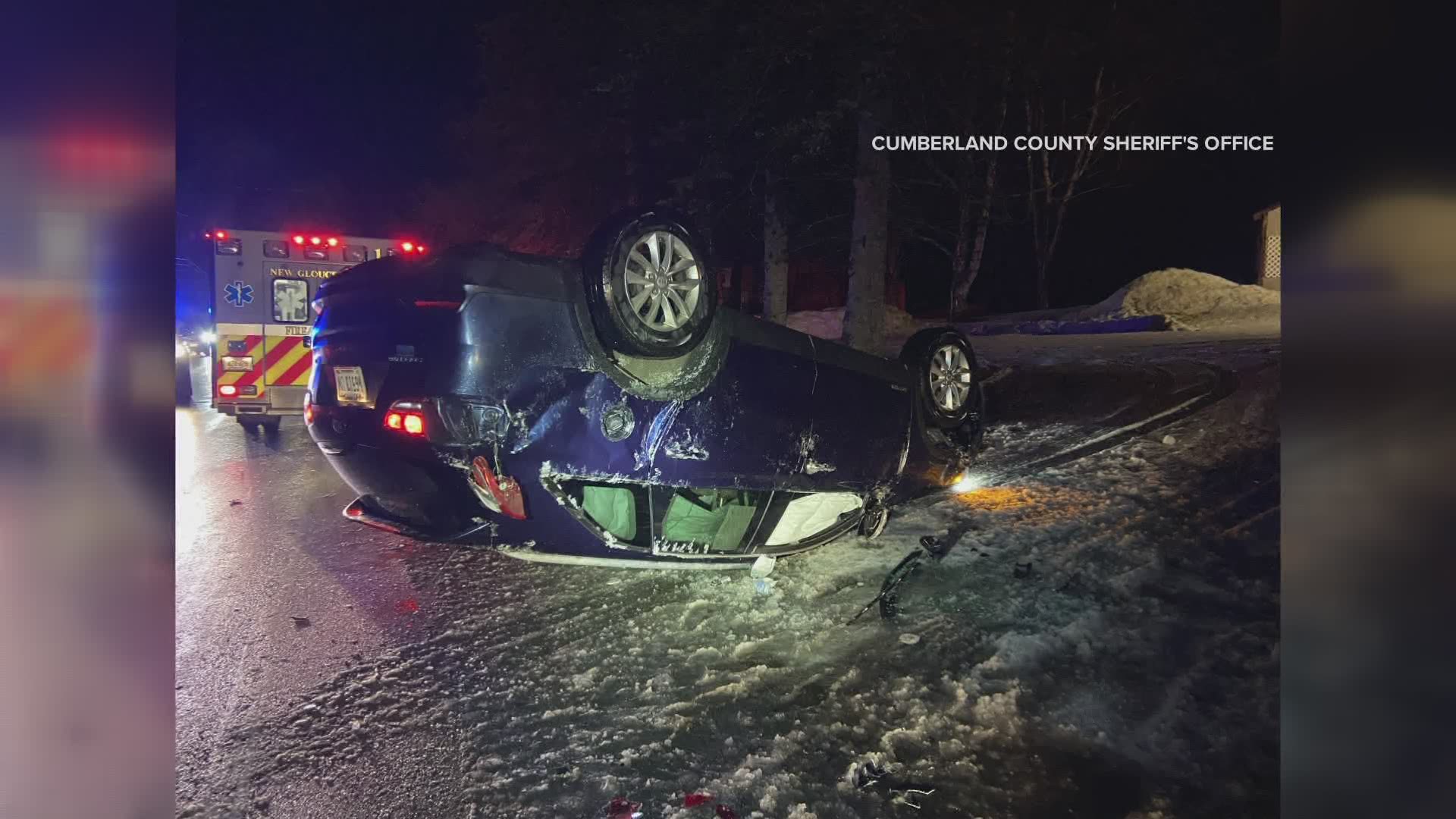 The Cumberland County Sheriff’s Office and the New Gloucester Fire and EMS responded to Route 100 near the Auburn line where three separate crashes occurred within minutes of each other.

Police say none of the crashes resulted in serious injury.

Police say the most serious crash involved a KIA driven by 36-year-old Jennifer Mason of Sabattus.

Police say she rolled over after losing control on the ice-covered roadway.

Officials say Route 100 was closed down for a short period of time to clear the roadway and to allow the State Department of Transportation to apply salt and sand to the roadway.

Police say icy road conditions and failure to maintain control of a motor vehicle are factors in the crashes, and that alcohol was not a factor.

The cause of the crashes is under investigation by the Cumberland County Sheriff’s Office and it has yet to be determined if any charges will result from these incidents.