Route 27 was shut down in Belgrade for several hours Wednesday morning near the intersection of Route 135 following the collision of a tanker truck and another vehicle. 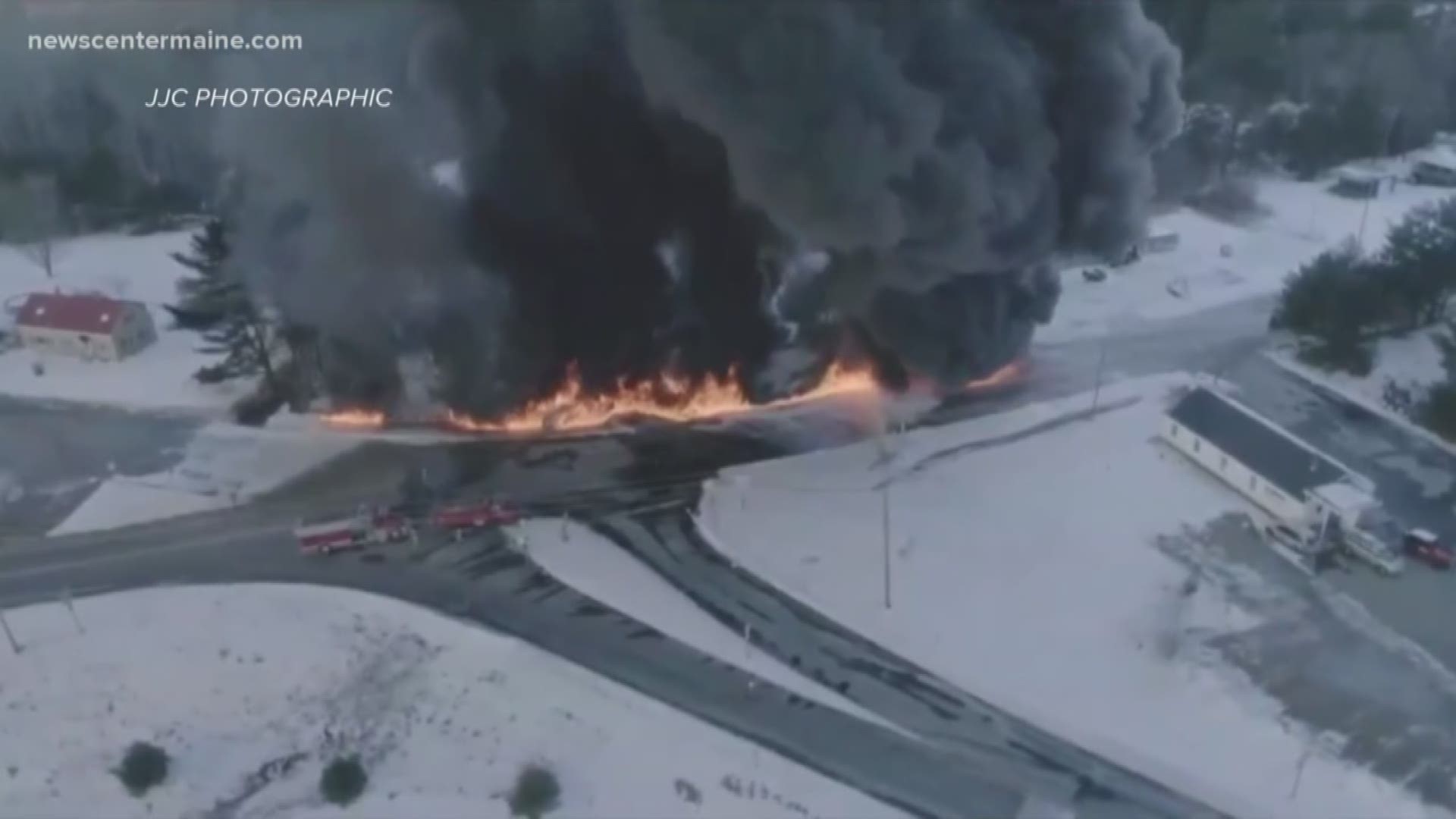 Officials say thousands of gallons of oil burned after a tanker-truck overturned in Belgrade Wednesday morning, closing Route 27 for hours and sending smoke plumes that could be seen for miles.

Route 27 was shut down in Belgrade, near the intersection of Route 135 following the collision of a tanker truck and an SUV.

Both drivers suffered minor injuries and were taken to Maine General in Augusta.

Mark Tuttle, 54, of Albion was driving the J&S Oil tractor-trailer headed north on Route 27 when he crashed. According to Public Safety Spokesman Steve McCausland, Robert Engdahl, 74, of Winthrop was cited for failing to yield the right of way. Engdahl's SUV hit the tanker truck, overturning it.

Route 27 reopened just after noon with a small detour around the crash site, via Cemetery Road. 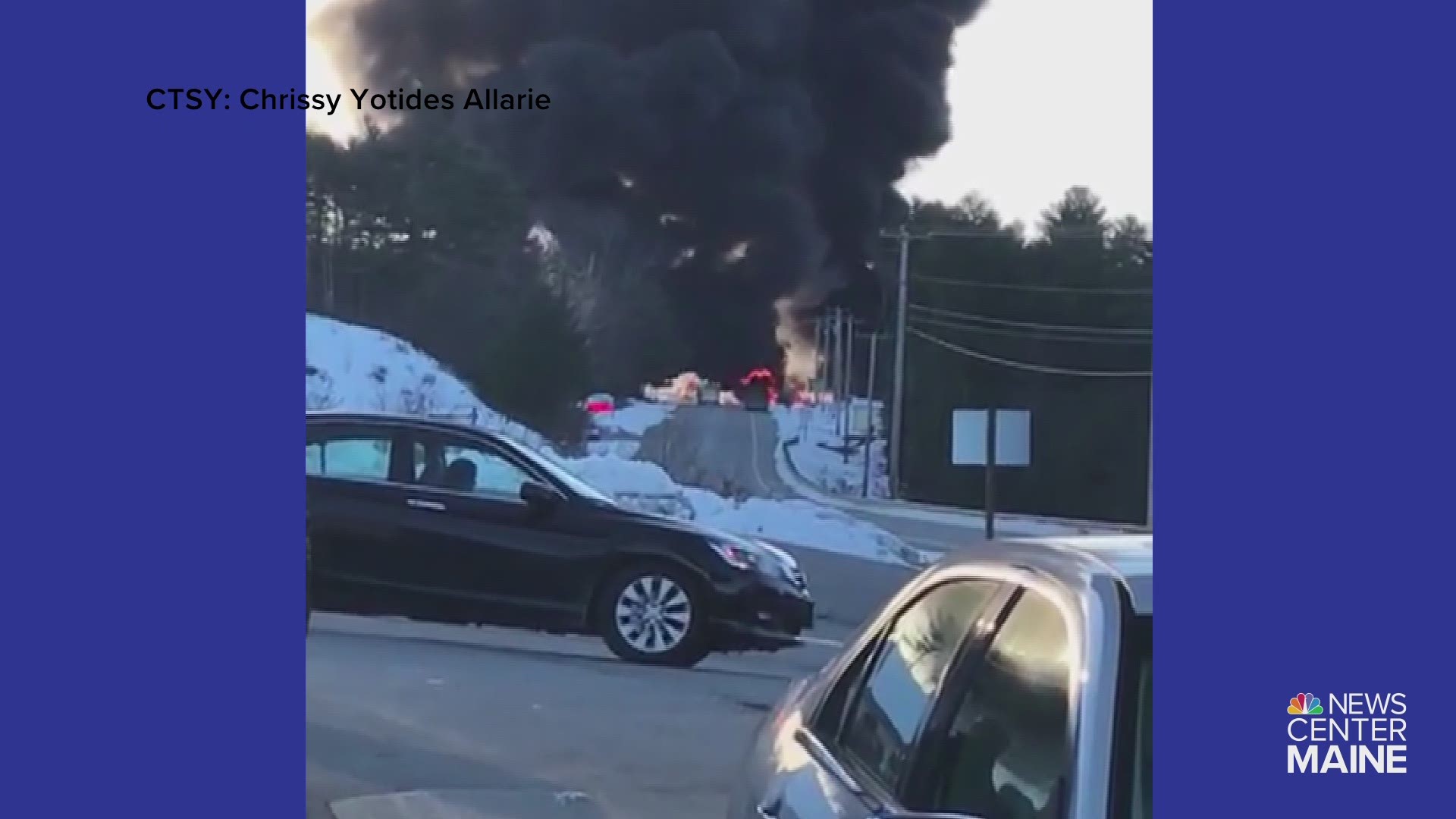 Firefighters allowed the oil to burn before starting to investigate the scene.

People who live near the crash site were evacuated from their homes early Wednesday morning but we able to get back to their homes before noon.

The Maine Department of Environment Protection is also on the scene of the crash.

David Madore with the Maine Dept of Environment Protection tells NEWS CENTER Maine they anticipate the spill will have little to no impact beyond the crash area. Madore says the spill will not affect Belgrade lake.

The plume of smoke is in front of Old Town Canoe across from Belgrade Post Office which is not a densely populated area.

Madore says if you anyone in the area has a pre-existing respiratory condition like COPD or a respiratory illness, they are advised to stay indoors.

Madore says they believe the majority of the 9,500 gallons of oil that the tanker truck was hauling has either burned or is burning as of noon on Wednesday but officials will have a better idea once they are able to investigate the scene.