The business-turned-museum held its annual ice harvest to show the working history of the Thompson Ice House in South Bristol. 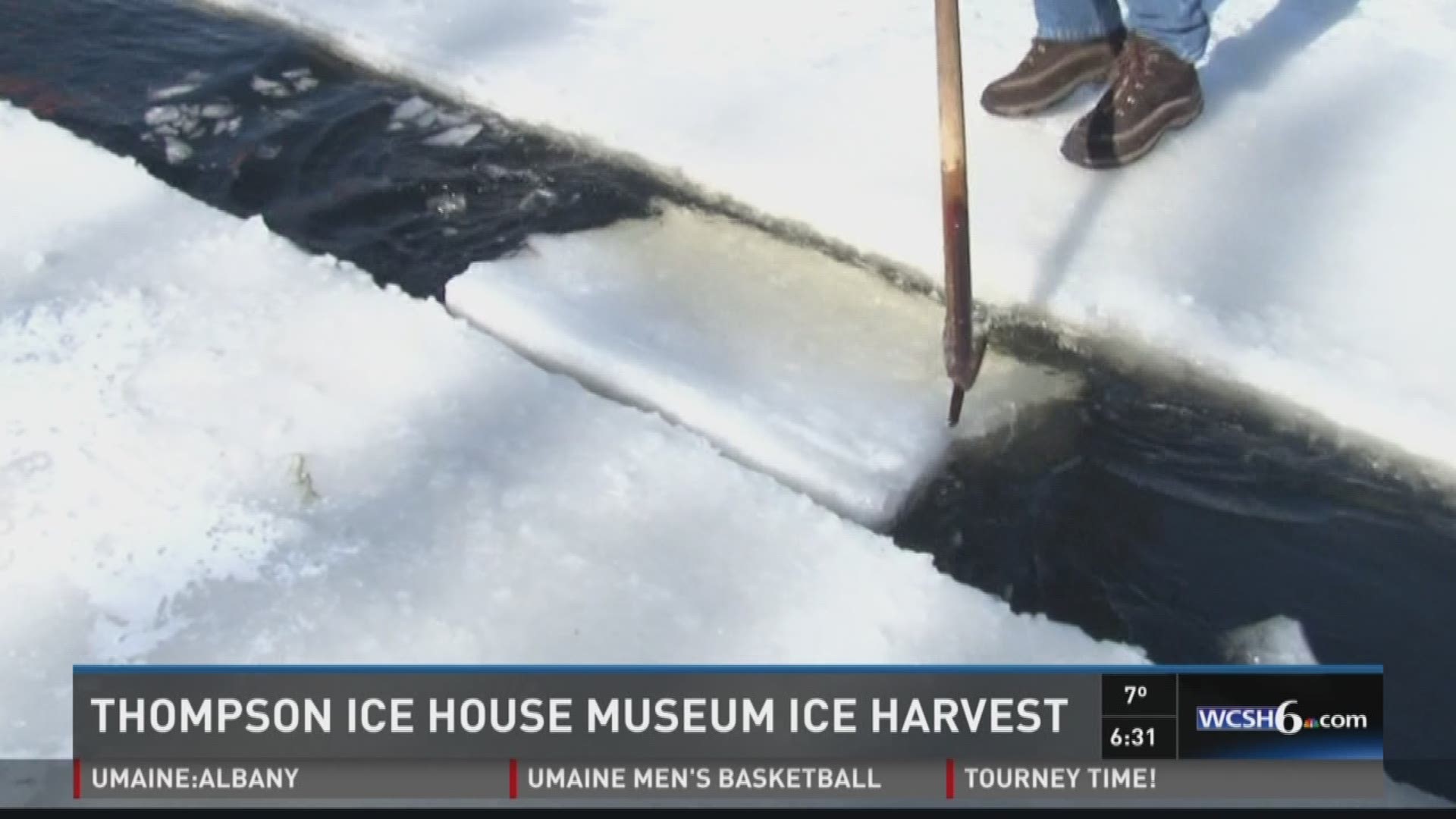 Ken Lincoln, president of the Preservation Corporation said the group has continued the non-commercial harvest for more than 25 years. It was a commercial ice house in the early 1900s.

"It's very rewarding to see all the people show -- even on a cold day like this," said Lincoln.

Most of the hand tools are about 200 years old, and Lincoln lets anyone participate.

"[In order] to keep this alive, so it doesn't die off. It would go away, and I think we need to keep it alive," said Lincoln.

Spectators came from as far away as London, England to see the ice harvest. Others who came from nearby, read about the process in Yankee Magazine.

"We love history, so the way they refurbished the old barn and just the little museum in there -- it's just been really great to see that," said Babette Antognoni, who came with her family and friends from Massachusetts. "It's just really neat to see how everyone works together."

Each block weighs about 350 pounds. Each one is about one foot thick, two feet long, and three feet wide.

They use handsaws and mechanical saws to cut the ice blocks, then use a wooden chute operated with the help of truck to slide the giant blocks into the ice house.

By the end of the day, the team fills the ice house almost nine feet high. Lincoln said the ice lasts for eight months.

"People that haven't used it will get it, put it on their sailboat, come back and say 'that ice lasted three times as long as manufactured ice.' I mean they had it right 200 years ago and it's still the same thing today," said Lincoln.

Lincoln said this event is one of many fundraisers to help with the museums operating costs. People can donate how ever much they like for a block of ice.

"Knowing that we can continue to do it -- see new people show up, see new faces, so it's nice to see it expand like that," said Lincoln.