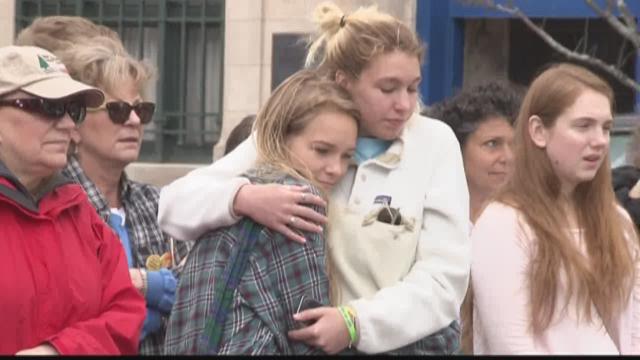 PORTLAND, Maine (NEWS CENTER) -- May is Mental Health Awareness month, and to honor it, the city of portland hosted it's first "Yellow Tulip Hope Walk" Sunday.

The Yellow Tulip Project is an organization started by Casco Bay High School Julia Hansen after she lost friends to suicide.

The goal is to end the stigma surrounding mental illness.

Sunday's event began in Monument Square with music and messages of hope.

Mayor Ethan Strimling was there and ordered an official city of Portland proclamation - that the first Sunday in May will be Yellow Tulip Hope Day.

Friends of Julia Hansen say her leadership and friendship has been key in helping them deal with their own mental health issues, and that they are so proud of the message of hope she is spreading.

"Every time we speak, there's that connection there. It's not awkward either. It's a great presence that Julia brings," said Casco Bay high schooler Charity Luka. She sang at the inaugural walk, and says that after seeing the support, she plans to stay involved. "Just know that it's something a lot of people struggle with. I just hope people will realize they're not alone."