The Gloucester County School Board's lawyers argue that the law protects against discrimination based on gender, not gender identity. 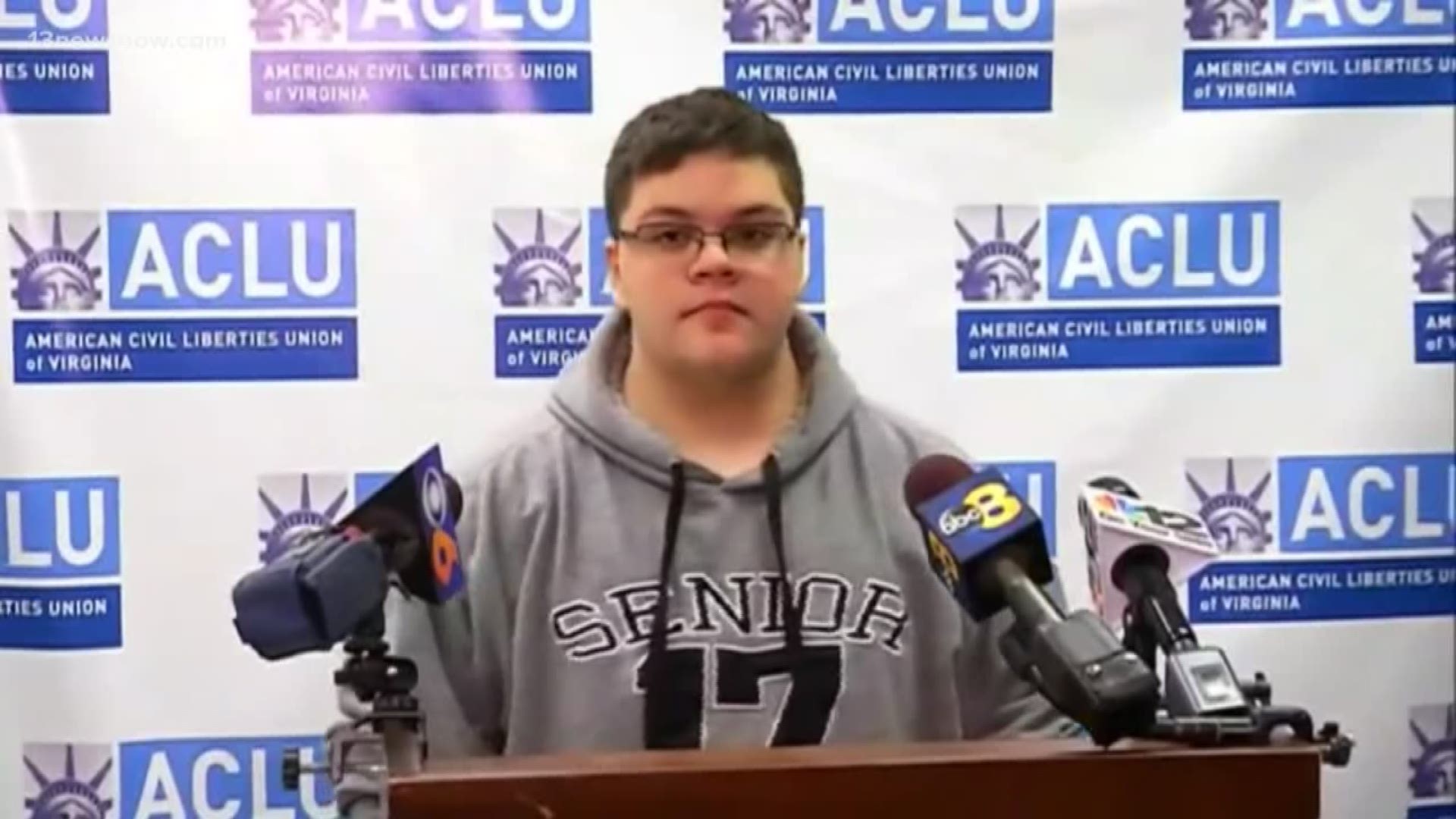 RICHMOND, Va. — A Virginia school board is defending its policy of blocking transgender students from using bathrooms aligned with their gender identity.

But in arguments before the 4th U.S. Circuit Court of Appeals on Tuesday, a transgender man who was barred as a high school student from using the boys' bathrooms said the policy violated his constitutional rights.

The American Civil Liberties Union said the school board violated Gavin Grimm’s equal protection rights as well as federal policy against gender-based discrimination. The school board's lawyer argued that the law protects against discrimination based on gender, not gender identity.

A judge ruled last year that the Gloucester County School Board had discriminated against Grimm.

RELATED: Gavin Grimm elected to ACLU Board of Directors