Sea Shanties, or work songs, have been a part of Maine's coastal and mariner history for centuries. Now, the songs have become the center of the latest TikTok trend. 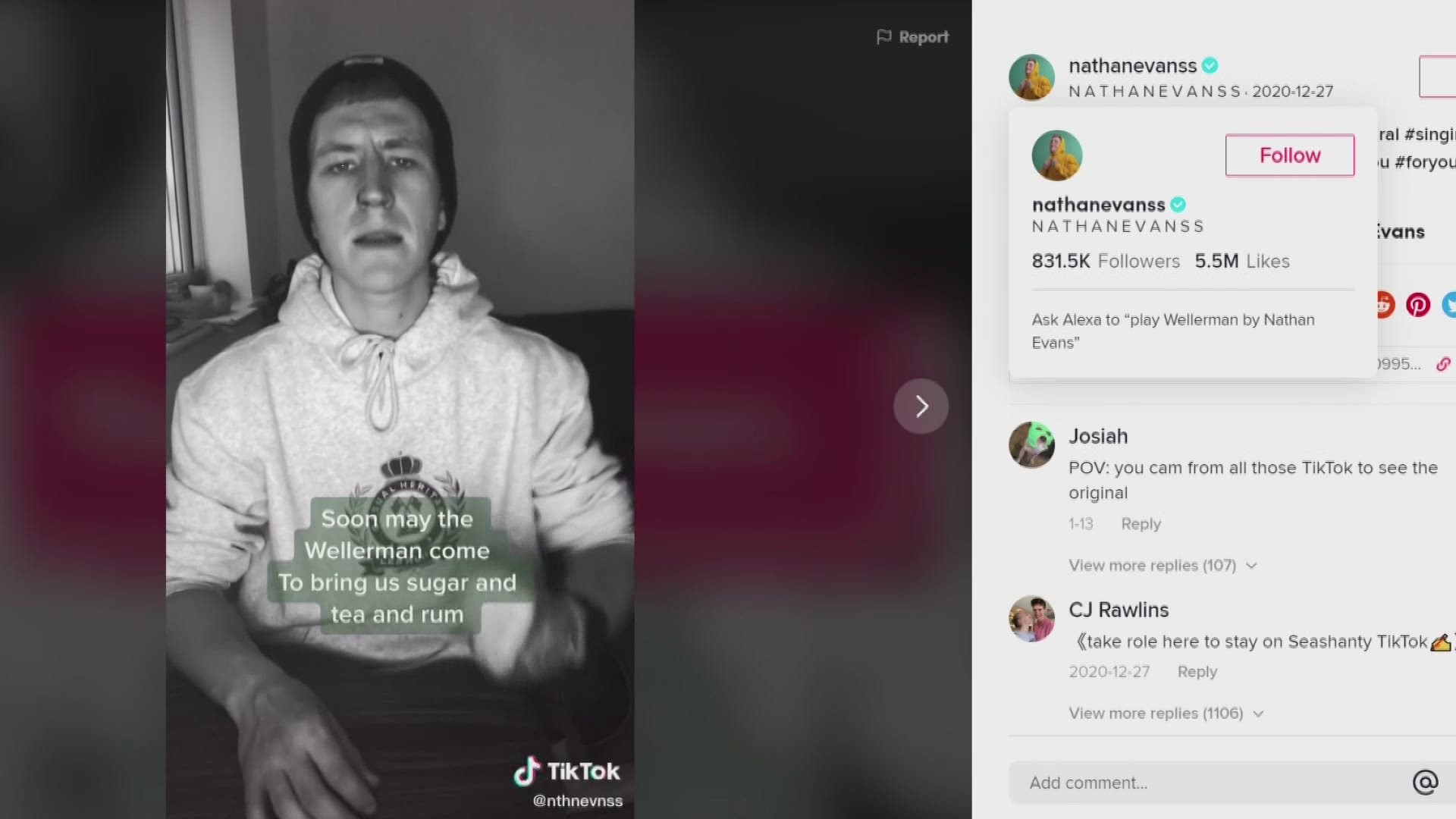 BELFAST, Maine — The latest trend to take the internet by storm? Sea shanties.

Last month, TikTok user @nathanevanss posted a video of himself singing a sea shanty called "The Wellerman." The post exploded overnight and millions of users shared their own versions of the song. @nathanevanss recently shared he had just signed a record deal.

These work songs, usually sung on ships to help pass the time while creating a sense of community and purpose, became an overnight sensation.

"You just show up with whatever voice you have and let it ring," Kenesni said.

Kenesni has had a passion for the sea songs since he was young. He remembers growing up watching the tall ships sail into the harbor and hearing the crew aboard them singing. He says he learned quickly how vital they were to Maine’s coastal history and working waterfronts.

"Think if your boat was sinking and you were 10 hours or 24 hours offshore and had to get back to shore," Kenesni said. "You would just sing and pump and sing and pump."

Collections of these folk songs can still be found around the world.

Here in Maine, Joanna Carver Colcord—the daughter of a Searsport ship captain—put together an entire book of Maine sea shanties, to preserve them for generations to come.

"The industry was long gone by the late 1920s when she compiled these but she remembered them and loved them," Penobscot Marine Museum curator Cipperly Good said. "So, thanks to her we have the words and the music."

The Penobscot Marine Museum has an entire sea shanty collection with works by and photos of the Colcord family. Good said they hope to find more letters and songs. Good and Kenesni agree anyone can sing these songs.

"It’s not meant to be pretty, you don’t have to be on key," Good said. "You just have to bellow as loud as you can."

"That’s what these songs do for you, they actually make you sound just like yourself," Kenesni said. "Just be yourself, that’s the whole vibe behind it."

That vibe is now one that Kenesni shares with others in his own sea shanty retreats on the Penobscot and beyond every year. He says he's working on starting a "work music" challenge group, where every week he would teach folks a technique or song. You can learn more about that here. 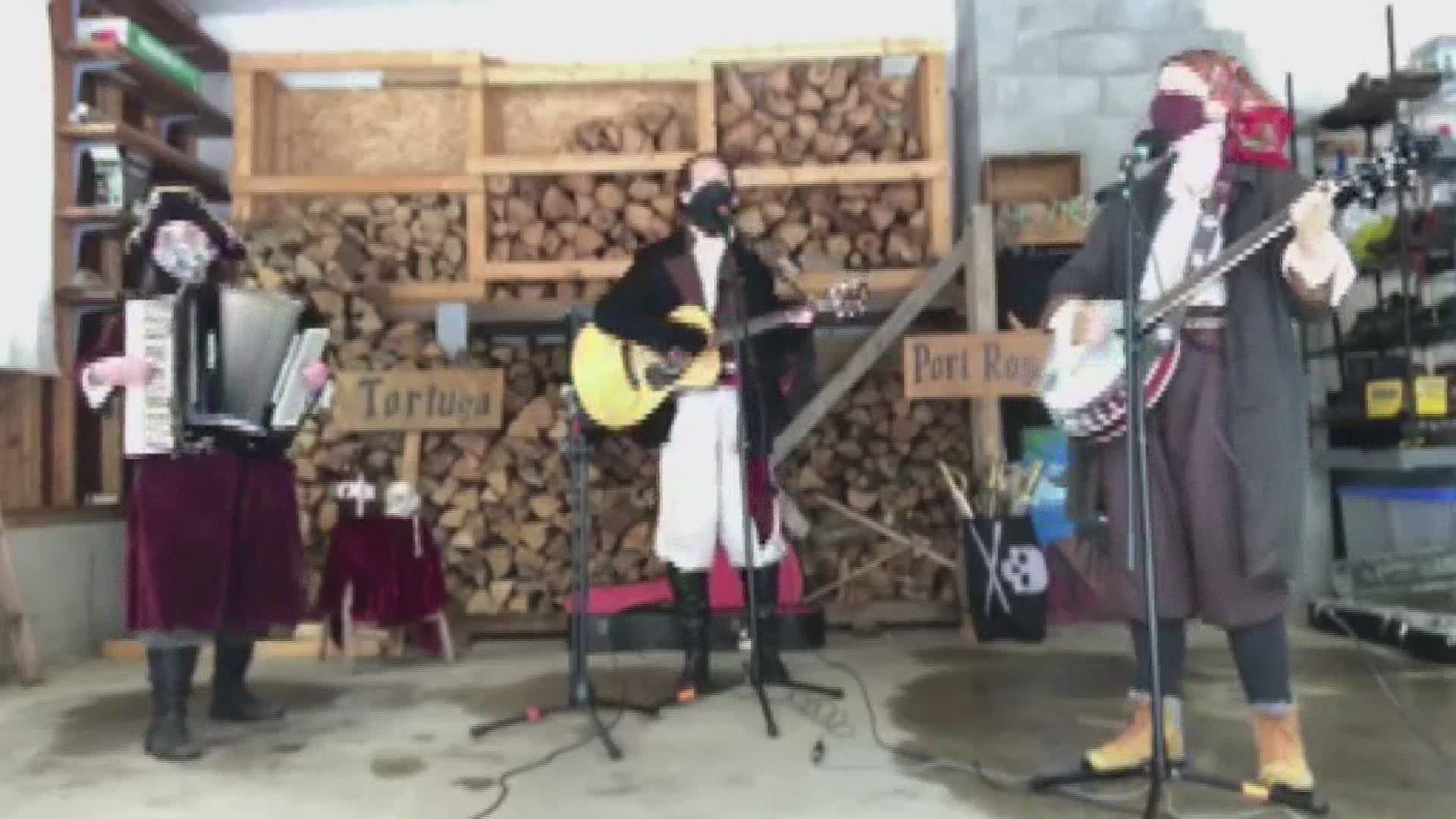 "We're all kind of isolated in our houses and these are the songs that, you know, explain and sort of get that experience out of people," Kenesni said. "Purge us of that suffering and bring us to a place it's a little more positive."