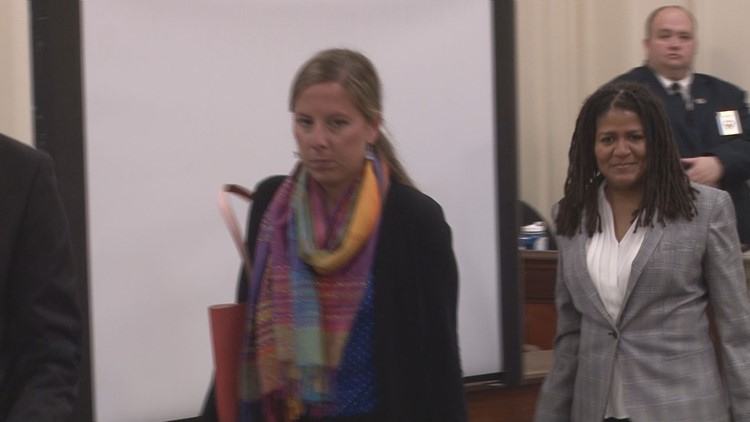 ALFRED (NEWS CENTER Maine) - The woman accused of having a sexual relationship with an underage student testified on her own behalf in court Wednesday.

The former teacher is accused of having a romantic and sexual relationship with the student in 2017. Throughout the three-day trial, evidence has shown both calls and text message correspondence between the defendant's cell phone and the teen in question. It was originally believed that LaMontagne’s phone and the student exchanged more than 90 phone calls, but on Wednesday, a cyber expert testified that it was 43 calls.

One of those messages included LaMontagne allegedly sending the lyrics to a love song to the student. When asked about that interaction on the stand Wednesday, LaMontagne said she sent the song lyrics because "the song was about how people can change and these were things [the student] talked about with me." When asked if she sent lyrics to confess her love, LaMontagne said, "Absolutely not. I thought he was a kid with no one in his corner and I thought I could help."

Jill LaMontagne was the last person to take the stand Wednesday. The first was her husband Steven. "We often talked about the conversations she had with him," he said on the stand. "I trusted my wife."