The prison, Long Creek Youth Development Center, has faced calls for closure from advocacy groups such as the American Civil Liberties Union of Maine. 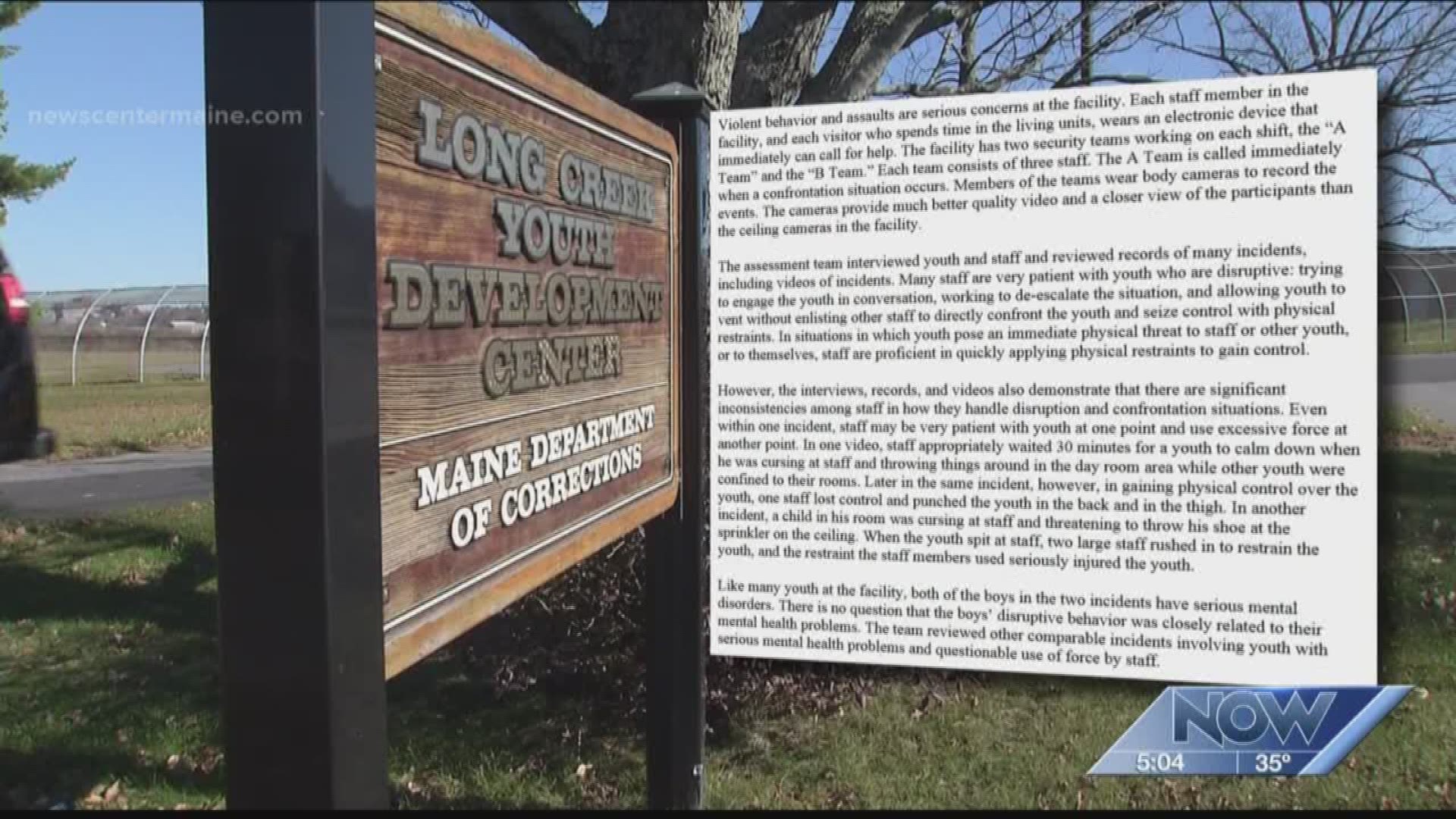 AUGUSTA, Maine — A state task force set to meet Monday has begun to delve into the future of Maine's juvenile justice system amid calls in recent years for the state to shutter its youth prison.

The prison, Long Creek Youth Development Center, has faced calls for closure from advocacy groups such as the American Civil Liberties Union of Maine. Meanwhile, the state in June hired the Washington-based Center for Children's Law and Policy for a $227,000 contract to lead the task force, hold public forums and conduct interviews and focus groups.

RELATED: ACLU calls for Long Creek Youth Development Center to be shut down

The group of governmental leaders, elected officials, judiciary members and others is set to hold its third meeting Monday in Augusta. The task force is studying alternatives to incarceration for juveniles, including young people at risk of being involved in the justice system, with a report due by early 2020.

Democratic Rep. Michael Brennan, who chairs the task force, has called for Maine to reduce its reliance on Long Creek or begin a yearslong process of phasing it out. The state, he says, should move juvenile offenders into therapeutic, secure group homes in communities.

Long Creek has come under scrutiny since a 16-year-old transgender boy killed himself at the prison in 2016. A 2017 audit found the prison was housing "many youth with profound and complex mental health problems, youth whom the facility is neither designed for nor staffed to manage."

Maine Supreme Judicial Court Chief Justice Leigh Saufley, a member of the task force, has called it a "tragedy" that state judges face a lack of community sentencing options when it comes to teen offenders.

Still, observers including Saufley have warned that the prison provides the kind of restrictive settings needed by some youth. Saufley this year cautioned the state against closing Long Creek without ensuring young people will get the treatment they need.

Democratic Gov. Janet Mills' administration has said it's reviewing initiatives to care for youth with significant mental health needs. Her administration also announced this year that it's seeking a Medicaid waiver for care for children with severe emotional disturbances.