Some are concerned a new vessel, potentially capable of carrying 200 more people, could strain the small island in the summer. 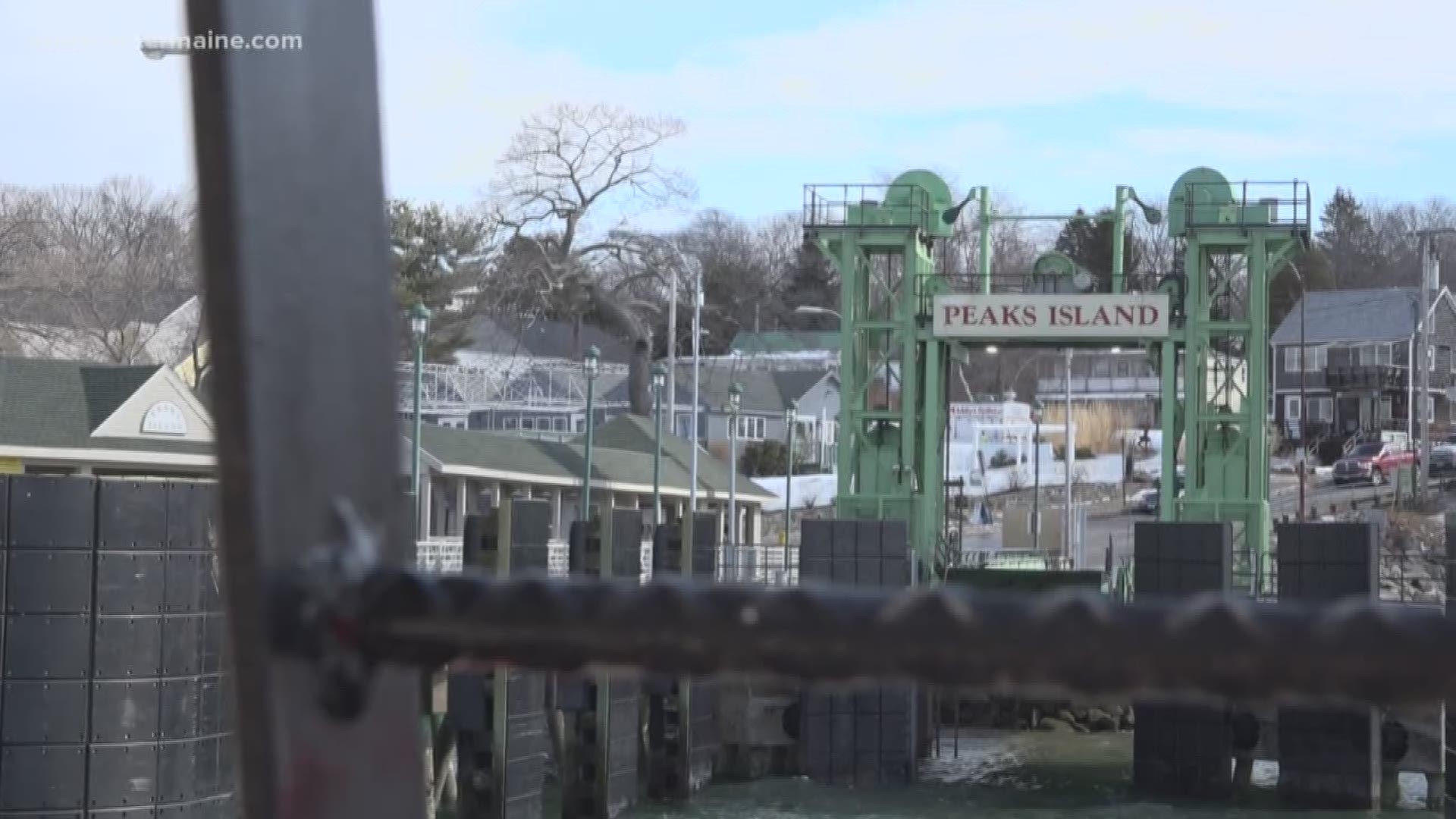 PORTLAND, Maine — "I raised my daughter here and I was able to send her out the door at age six to walk five blocks to school, and you wouldn't do that anywhere else."

On Peaks Island, there are less than a thousand residents in the winter. But in the summer, it's a different story.

Four active vessels can carry nearly 400 passengers at a time between the Island and Portland.

One is about to retire.

Thanks to a $6 million grant, plans for a new one are in the works.

"If they choose this big boat, a lot of things are going to change on the island," said Penalver.

The proposed vessel, not designed yet, could carry an additional 200 people at a time.

"The 200 people difference even five trips day, and there's a whole lot more than that, puts another thousand people on the island," said Jody Halliday, a Peaks Island Resident. "And there's no infrastructure here to support an extra thousand people. There's a grand total of three toilets. And one of our neighbors who lives up by the cemetery is getting tired of people do their business in the cemetery because there is no place to go!"

"I'm not trying to discourage tourists because they've always been a part of Peaks Island," Penalver said. "But I think it needs to be a broader, more thoughtful, and a multi-pronged strategy because it is a complex issue."

Her hope is that all voices are heard.

"If the majority of the islanders want a bigger boat then there should be a bigger boat," said Halliday. "And those of us who might think differently are welcome to choose another island."

"In the past couple years when we've gotten a large crowd we actually deploy a second vessel when we can. So we are actually taking that capacity or even more at times, now," said Hank Berg, General Manager of Casco Bay Lines.

Berg says ridership has increased steadily over the last decade. He's aware there have been concerns over the capacity of the new ferry.

"At this point, we haven't designed the new vessel. We're only on the preliminary part of that and that's why this dialogue is so important."

The Casco Bay Island Transit District will be holding a public meeting on the matter Saturday, March 23rd at 10 a.m. aboard the Bay Mist at Peaks Island.