Talking Trash: Everything you need to know when taking your trash to the curb in Bangor, Brewer

Bangor begins transitioning to Hampden’s Fiberight facility on September 3. Brewer began sending its trash and recyclables to Fiberight on September 1. 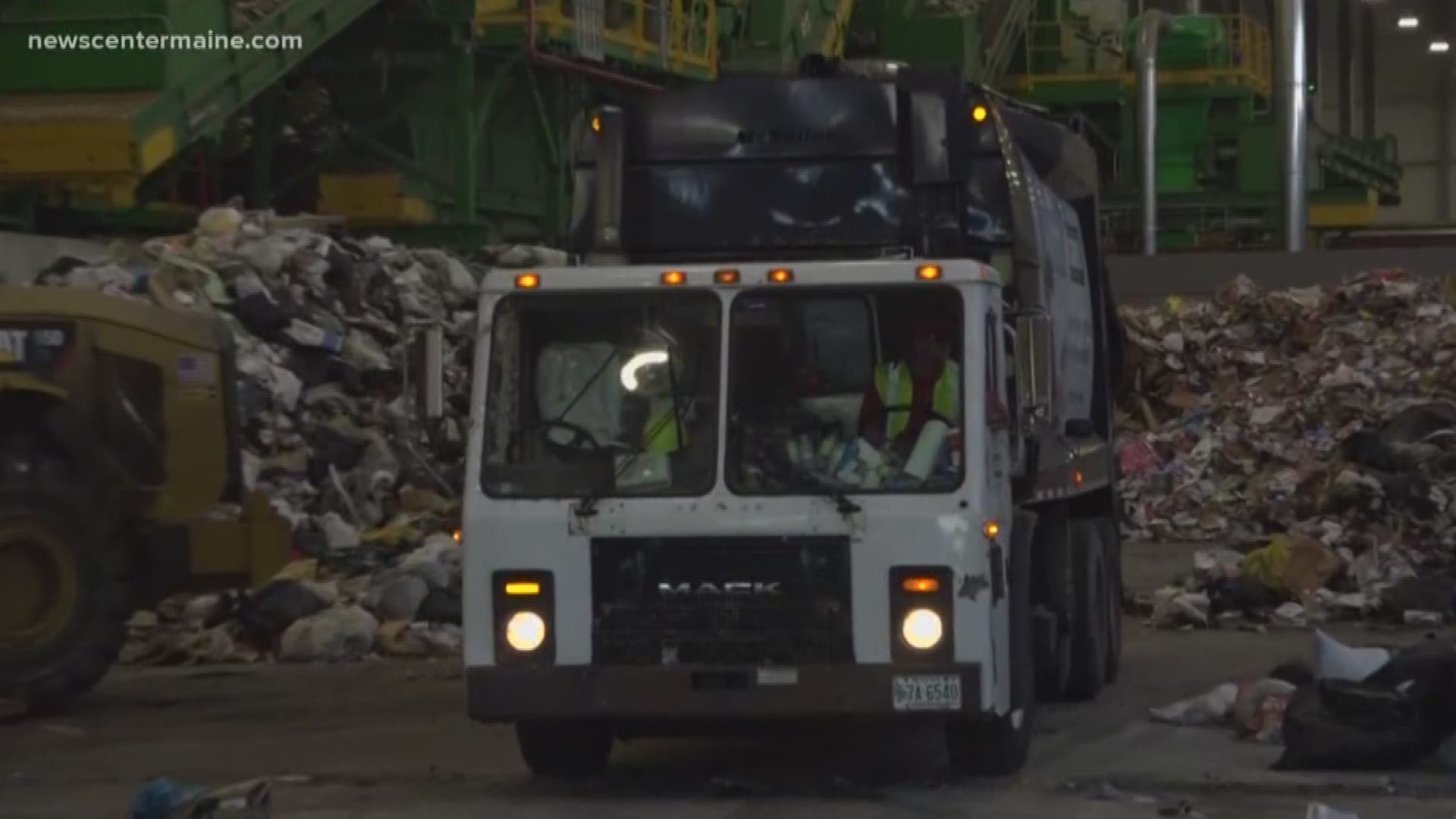 BANGOR, Maine — Bangor and Brewer are joining more than 115 neighboring cities and towns in making a change when it comes to the stuff you wheel to your curb once a week.

This week, both cities are transitioning over to the Coastal Resources of Maine Fiberight facility in Hampden.

“This is the state-of-the-art recycling facility in the country today,” said Fiberight’s CEO, Craig Stuart-Paul, in September 2018 while giving the media a hard hat tour.

The facility was still under construction at the time.

RELATED: An inside look at next-generation recycling in Maine

One year and an $80 million dollar investment later, Fiberight is up and running at nearly full operation.

Wright has been working in the waste industry for 5 years, a year and a half at Fiberight.

“I, myself, stand in front of the bins sometimes wondering, is this recyclable,” asked Wright. “Is this too dirty to be recycled? We’re going to take all of the guesswork right out of that for everybody and we’re going to have them throw everything in one bin and we’re going to sort it out here at the plant.”

The facility is the first of its kind in the country and uses an integrated waste processing system to separate trash and recover reusable resources.

“We’re really excited actually to be able to offer our integrated collection system for Bangor and Brewer,” said Wright. “All in, one bin.”

Dedham, Eddington, and Holden are just a few of the neighboring towns already sending their trash to Hampden, taking advantage of the “one bin, all in” program.

“You can now begin to commingle your recycling and your waste,” said Zeth Lundy, Bangor’s Public Information Coordinator.

It’s simple. Instead of needing two bins to separate waste and recyclables, everything goes into one bin.

“Our recycling rates are actually going to jump up to 50% at the Coastal Resources Facility,” said Lundy. “It’s going to be a huge jump from 10% to 50%.”

Due to Maine’s bottle bill, redemption centers are still available as a viable option for recycling and Wright encourages residents to continue taking advantage of getting their money back.

As for the folks who will choose to leave their bottles on the curb in the same bag with their trash, though.

“They’re going to be recycling their trash more than was ever possible before,” said Wright.

For Bangor residents, the change goes into effect Tuesday, September 3, when all of the city’s trash and recycling will begin transitioning to the Fiberight facility.

Senator Susan Collins was on hand to take a hard hat tour of the facility the same day, calling what she saw "next generation, state-of-the-art recycling."

"When we put out our trash this morning, it was so strange for me not to put out my blue recycling bin and instead combine my trash," said Collins. "I've been a pretty avid recycler over the years but when I see what's done here, far more of the trash will be recycled under the new system than every before."

RELATED: From orange trash bags to green tags in Brewer 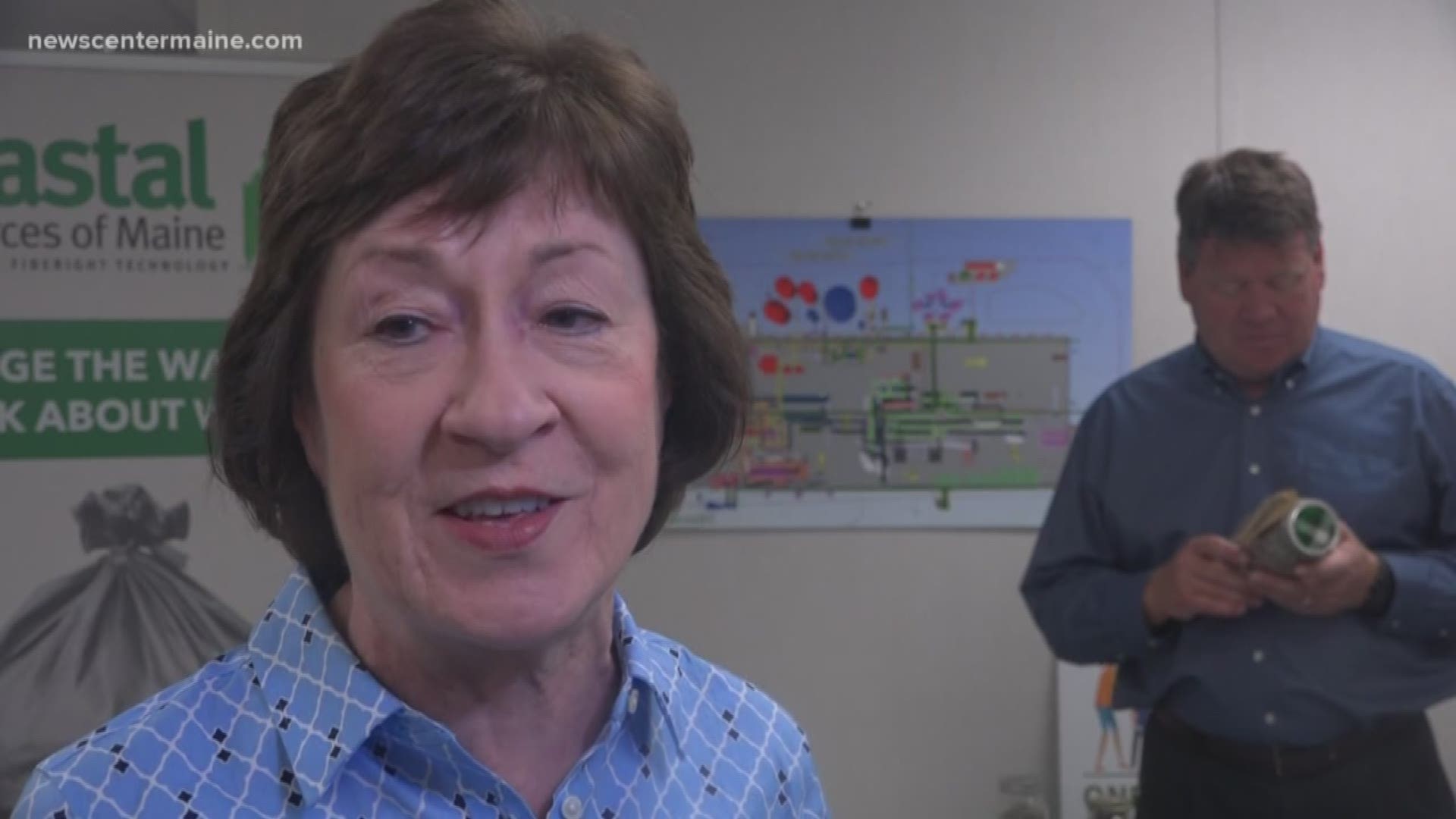