The Bureau of Parks and Lands' current plan, assuming there is no confirmed shark activity in the vicinity of the parks, is to return to regular swimming on Aug. 3. 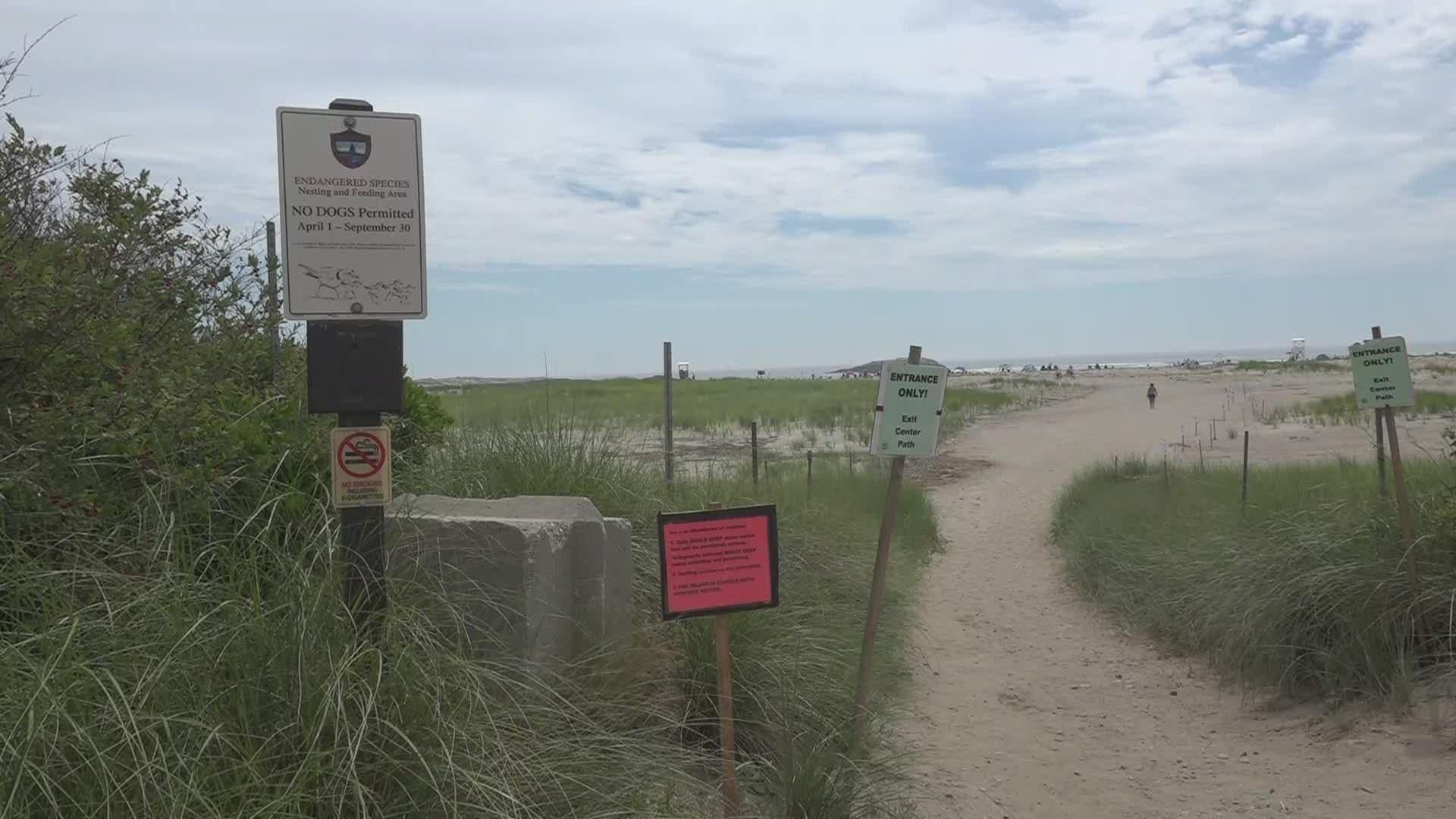 Swimmers at Popham Beach State Park and Reid State Park are not allowed beyond waist-deep water until further notice.

The lagoon at Reid State Park remains open for swimming.

The Maine Department of Agriculture, Conservation, and Forestry originally announced the decision Monday. On Thursday, Popham updated its restrictions to 'no water activities.' Now, all state parks are limited to waist-deep water.

The restrictions come after a woman was attacked by a shark off of Bailey Island in Harpswell on Monday.

On Tuesday, the victim was identified as Julie Dimperio Holowach, 63, of New York City.

On Wednesday, Popham Beach State Park lifeguards alerted the Department of Marine Resources (DMR) to a possible shark sighting. Maine Marine Patrol searched the area and did not see any sharks but spotted an ocean sunfish and seals feeding on fish.

The Bureau of Parks and Lands says its current plan, assuming there is no confirmed shark activity in the vicinity of the parks, is to return to regular swimming on Monday, August 3.

Holowach was swimming with her daughter off the shore near While Sails Lane when she was attacked.