Acting U.S. Secretary of the Navy will join the members of the Maine Congressional Delegation Tuesday for the keel-laying ceremony at Bath Iron Works 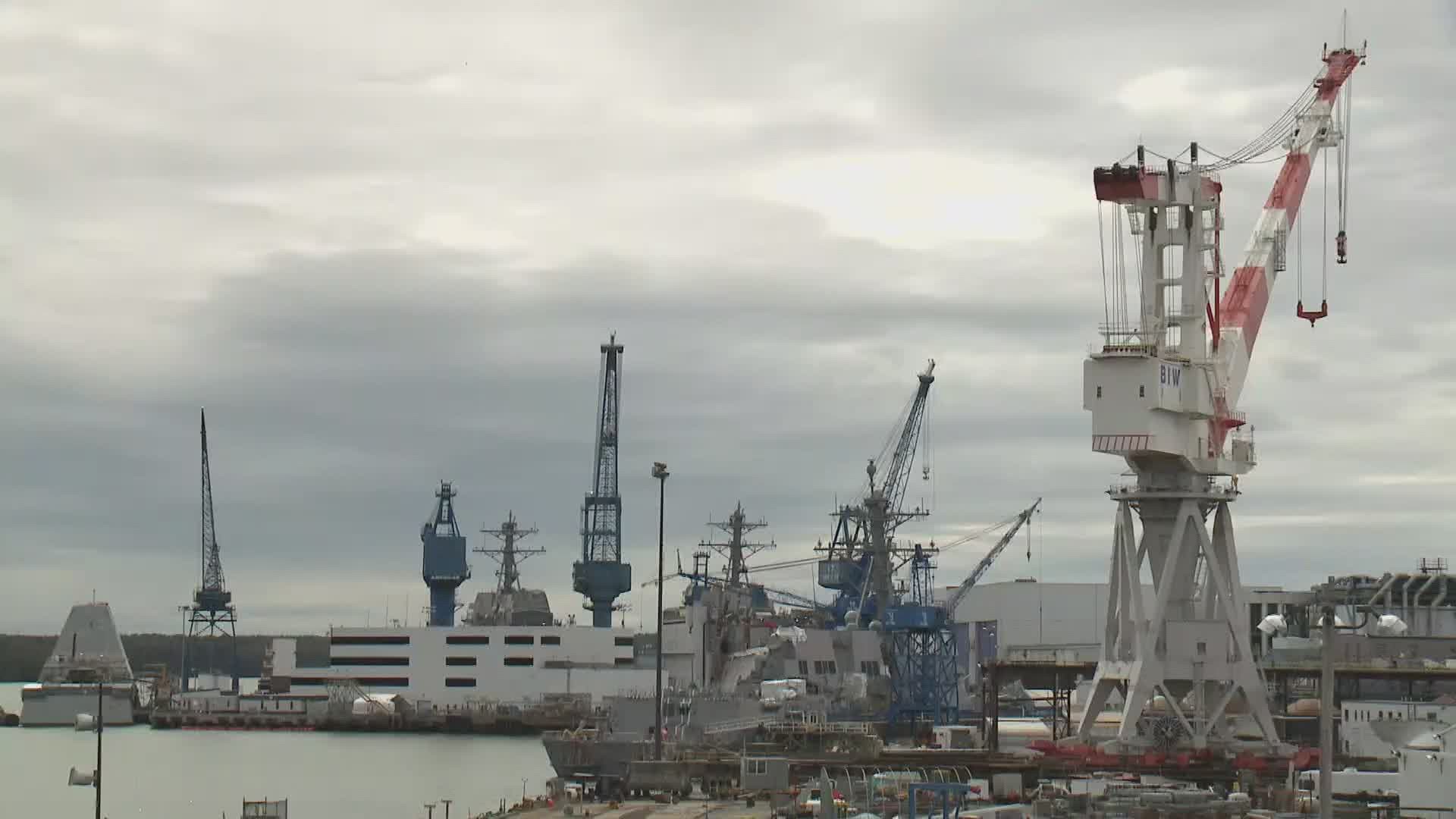 BRUNSWICK, Maine — Members of the Maine Congressional Delegation will make a visit to the naval shipyards in Bath and Kittery Tuesday afternoon.

Maine U.S. Sens. Susan Collins and Angus King and U.S. Rep. Chellie Pingree will be joined at Bath Iron Works (BIW) by acting U.S. Secretary of the Navy Thomas Harker, according to a release.

They will reportedly participate in the keel-laying ceremony for the USS Harvey C. Barnum Jr. (DDG-124), speak with leadership and employees, and tour the facilities.

DDG-124 was named in honor of Harvey C. Barnum Jr., a retired U.S. Marine Corps officer who received the Medal of Honor for valor during the Vietnam War. BIW was awarded the $644.3 million contract to construct DDG-124 in 2016.

After their visit to the main shipyard, they will travel to BIW’s Outfit Fabrication Facility in East Brunswick and to the BIW Training Academy at Brunswick Landing.

They will then visit Portsmouth Naval Shipyard to meet with leadership and employees, tour the facilities, and receive an update on ongoing construction projects, according to a release.

NEWS CENTER Maine will be covering the visit. Stay tuned here for updates.