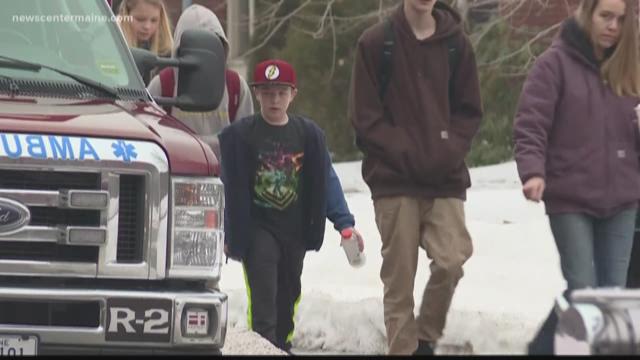 TOPSHAM (NEWS CENTER Maine) -- Elementary students are being evacuated after a threat was directed at their school in Topsham.

Dispatchers for emergency services in the area say the evacuation was ordered at Woodside Elementary School Friday morning in response to a bomb threat.

Parents rush to Woodside elementary in Topsham to get their kids following a bomb threat pic.twitter.com/8J6zeCQI6M

Increased police presence on Friday morning was already planned for Mt. Ararat High School in Topsham in response to an exchange on social media the previous night that some people perceived as threatening.

The school district sent a letter to parents addressing concerns that were raised by the messages. Although administrators decided to proceed with classes at Mt. Ararat, they arranged for police to be on hand as a precaution.

The deaths of 17 people in a school shooting in Florida on Wednesday has heightened sensitivity about campus security across the country.

Actions have also been taken in response to threats at Maine schools this week in South Portland, Augusta, Caribou and Naples.

►SOUTH PORTLAND STUDENT ARRESTED AFTER THREAT MADE AGAINST HIGH SCHOOL

A crew from NEWS CENTER Maine is on the way to Topsham and will provide further updates.