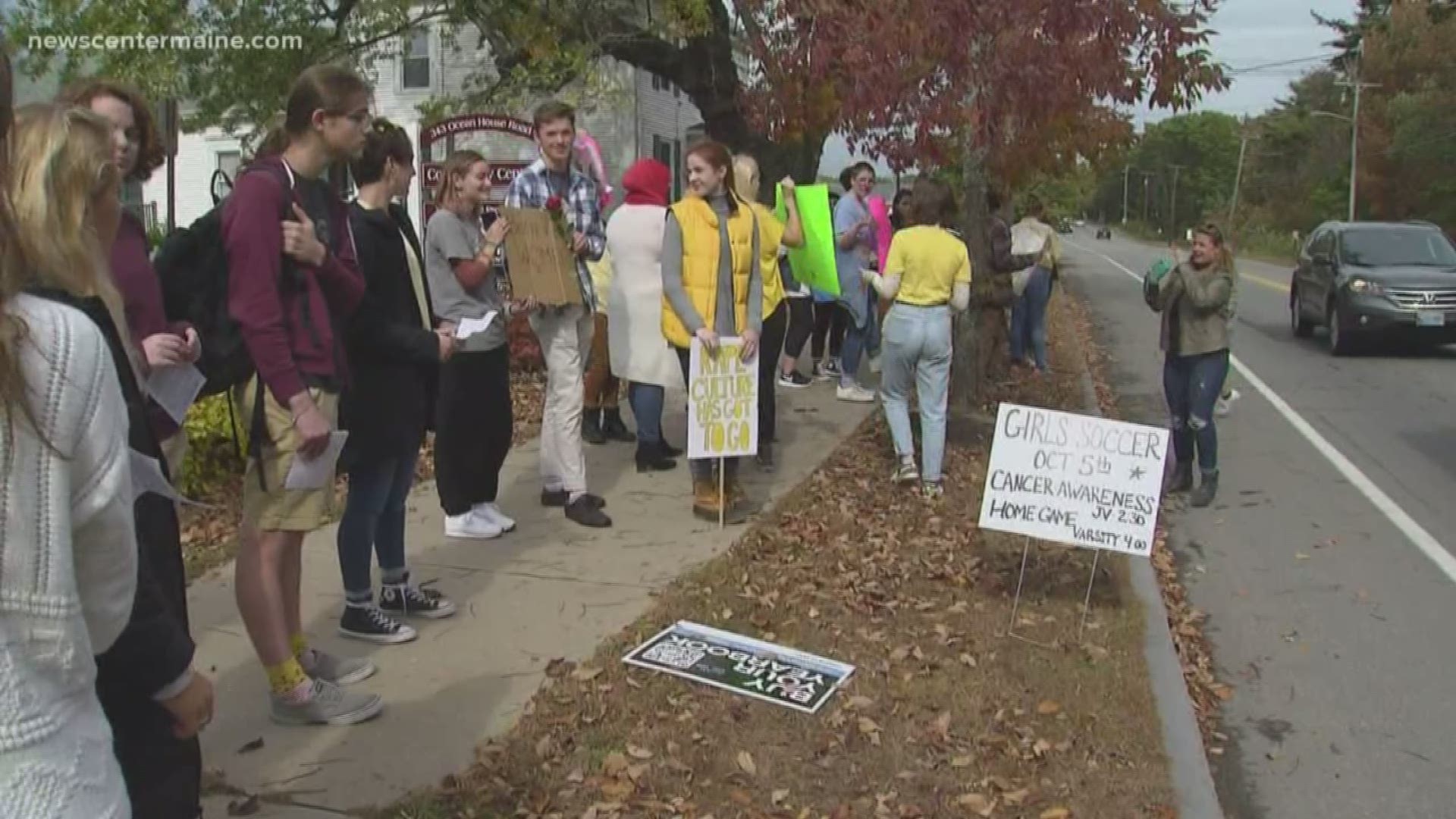 The students say they were walking in protest of the school suspending three female students. The three girls were suspended for bullying after posting notes in the school bathroom, accusing an unnamed person of sexual assault.

Students passed around flyers with a list of demands for the school.

The demands include expunging the records of the three girls who were suspended for posting the notes, mandating education for staff on sexual assault complaints, improving ways students can report an assault, improving curriculum surrounding consent, and providing an alternative grievance procedure that circumvents the superintendent and school board president.

A sophomore at Cape Elizabeth High School told NEWS CENTER Maine on Friday, October 4, that she was suspended for bullying after she left sticky notes in two girls bathrooms reading, "There’s a rapist in our school and you know who it is.”

But school officials said the law requires they are required by law to investigate any time a student bullies another student and said they are confident in their investigation of the incident.

Mansmann learned of her suspension hours after NEWS CENTER Maine spoke with Cape Elizabeth Superintendent Donna Wolfrom. Wolfrom said the school is taking all proper steps to ensure that students feel safe. She said she is confident students are in no danger.

Wolfrom said students should have voiced their concerns in a different way.

"I think there is a proper way to do it," she said. "If they go through the proper channels, I think [reporting it] is perfectly fine. We are willing to listen to our students ... [The sticky notes] caused a lot of confusion. We spent a lot of time investigating. It had adverse effects on other students. I think there could have been a better way to do it."

Cape Elizabeth schools released a statement later Friday afternoon saying the school department has never disciplined a student for advocating for their peers or their views on cultural, social and political matters.

RELATED: First freeze came early this year, but the trend is later as fall warms