Stranger's act of kindness in Brewer being called 'a miracle'

Tammy Abbott was upset but hopeful when her mother's engagement ring went missing. Three months after she lost the family heirloom in Brewer, a stranger returned it. 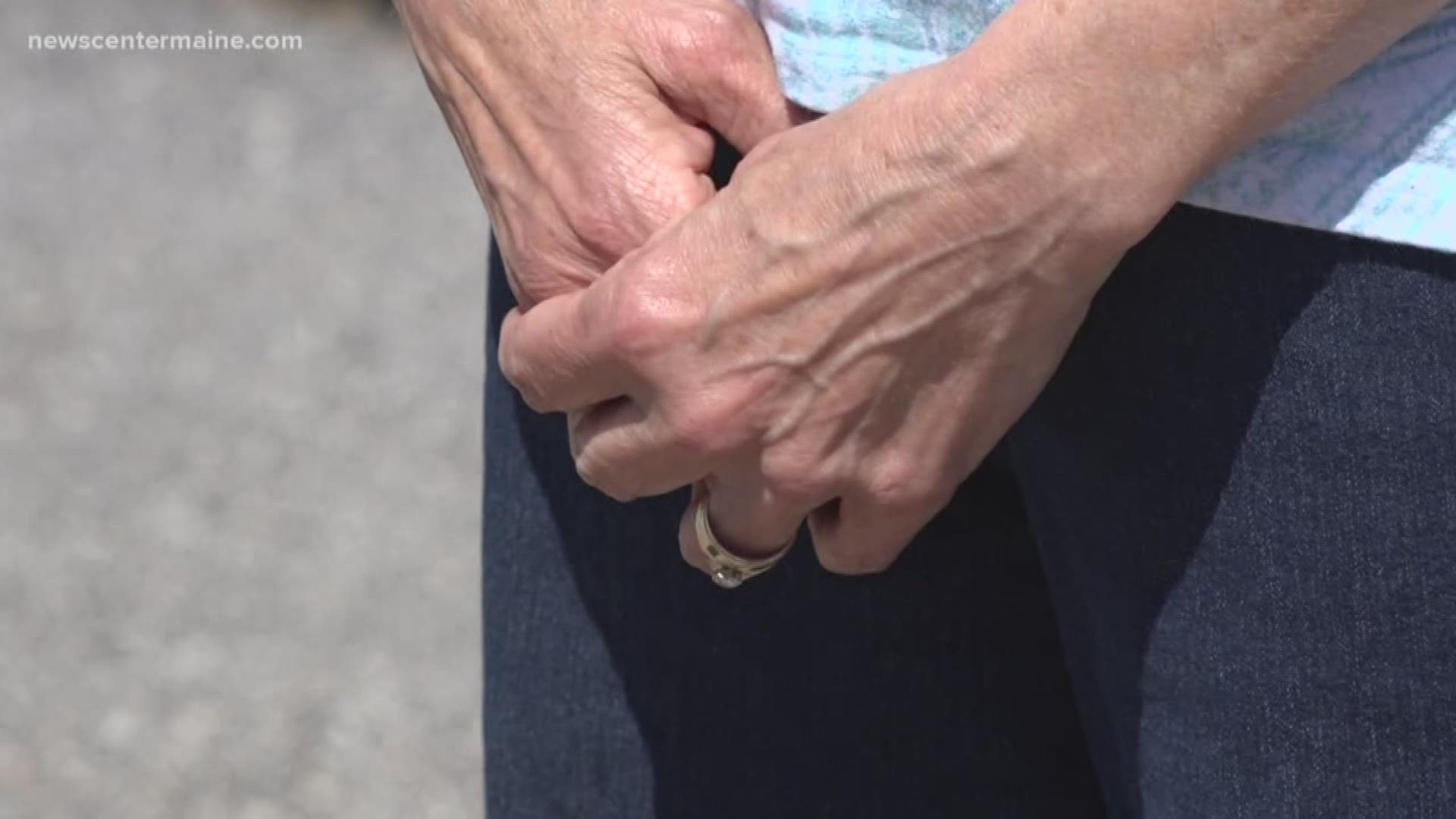 BREWER, Maine — Let's start at the beginning -- the very beginning.

Tammy Abbott still remembers the day she met her husband, about 45 years ago. Eight months after they bought those rings, she was married.

44 years after that, Abbott added to her wedding ring by joining it with her mother's engagement ring.

"I took it to the jeweler and had it welded together with my ring -- and two weeks later, I lost it," Abbott said.

But despite some bad luck, Abbott never gave up hope.

"My husband kept saying, 'Whenever you're ready, we'll replace your wedding band,' and I said, 'No, I'm just not there,'" she recalled with a laugh.

Three months after she lost the rings, Bill McDougall found them at the Hannaford parking lot in Brewer and brought it to the police department.

"The minute I started talking to the girl behind the glass, I knew she knew something because she lit right up," McDougall said.

McDougall has been metal detecting as a hobby for years. The retired veteran is a member of The Ring Finders website.

This case was different, though. Abbott didn't reach out to McDougall and ask for help. Instead, she posted an ad on Craigslist, and when McDougall saw it, he just wanted to help.

"This one is extremely special, because I never met the lady. This was kind of a middle of the winter kind of thing, and I noticed it and said, 'I'd like to help her,'" he said.

So he checked the snowbanks after each storm around Bangor and Brewer.

When he eventually found the ring, McDougall couldn't find a way to get back in touch with Abbott because her Craigslist ad had expired.

With help from the Brewer Police Department, the ring made its way back to her.

"It has a little bit of scraping on the edges from where it got plowed, and I know they could buff it out -- but it's part of the journey," Abbott said.

A journey with a happy ending.