Travelers are spending extra time in Bangor because flights aren't taking off. 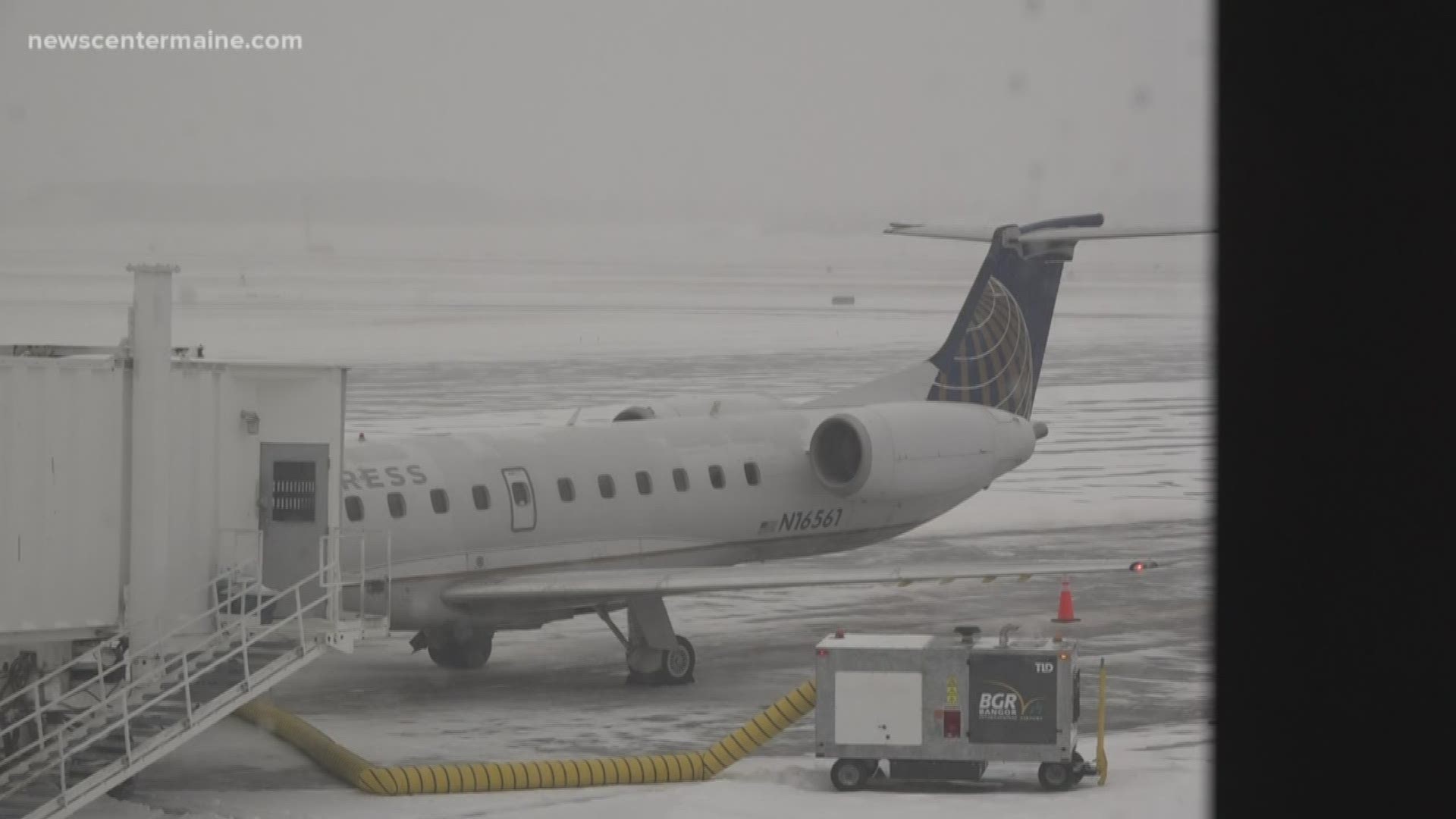 BANGOR, Maine — The snow is making it difficult for people driving, but also for people flying out of the state. That's because many flights arriving and departing from the Bangor International Airport have been canceled.

Although it's not the airport that cancels the flights, it's the airlines assistant airport director Brian Veneziano said.

"They're hopefully going to get me out tonight," Anne Foley said.

Foley is traveling to Philadelphia. She spent Thanksgiving with her family in Sedgwick but now is stuck in the Bangor International Airport. If she doesn't get out on Tuesday night, the next flight is Thursday.

She's not the only one. Dozens of travelers are sitting around checking their phones and hoping their flights are going to take off.

Randy Damron was supposed to leave Bangor on Monday. Thinking it was smart to wait until after the holiday weekend to make his way home to Cincinnati.

But now it's extra quality time with his girlfriend in Bangor because, "The soonest I could fly out was Thursday. So I was like okay. I'm just gonna stay til Sunday."

Both Damron and Foley are making the most of their extra time in Maine. Both getting their work done remotely.

"I'm a teacher. My students have been texting and saying 'we're doing really good everything's going okay' yeah okay whatever. So I think we'll be FaceTiming later to at least get some lessons in," Foley said.