The House voted 91-52 on Thursday, May 30 in favor of a bill that would ban single-use plastic carryout bags throughout Maine. 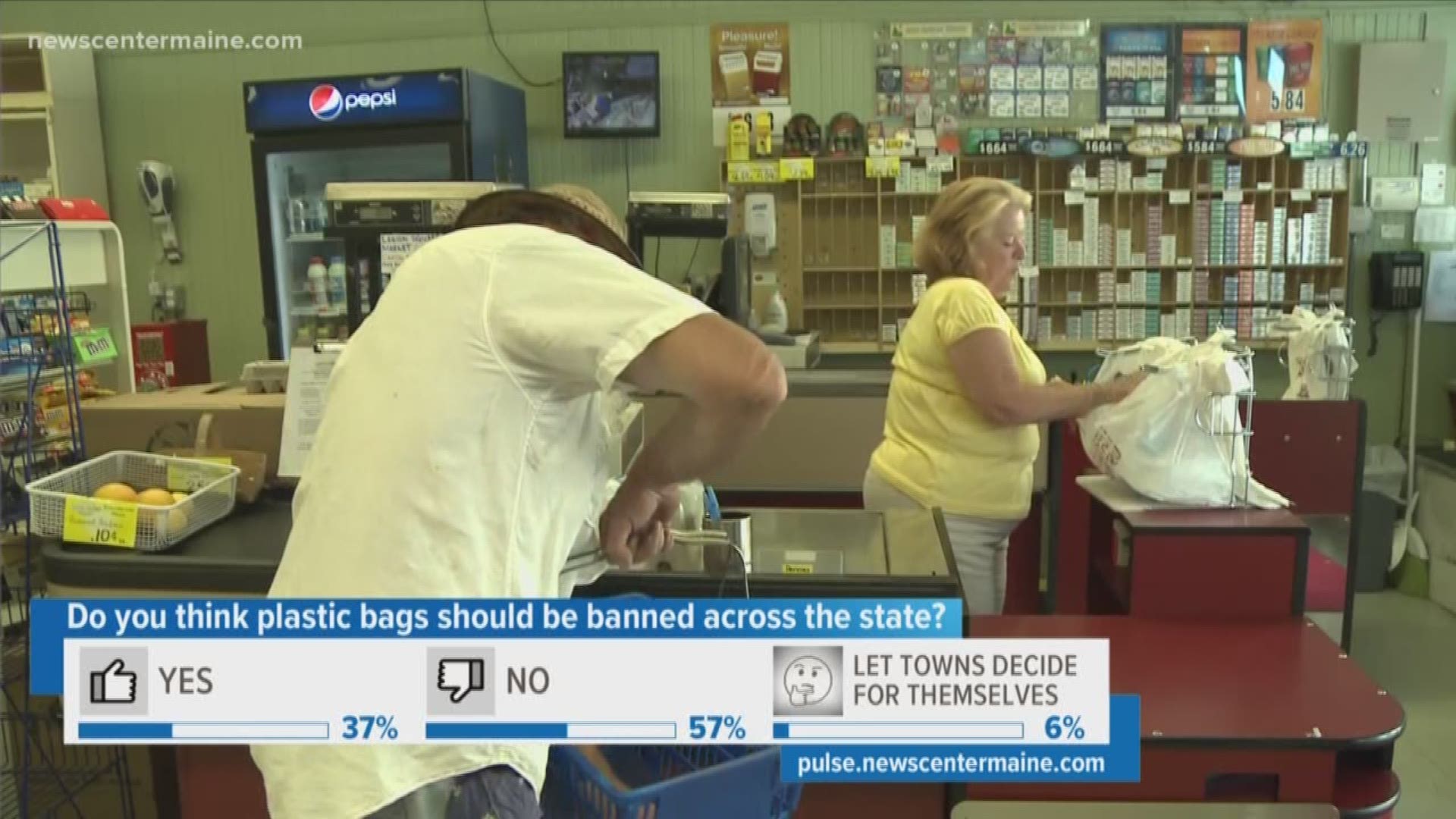 The House voted 91-52 on May 30 in favor of a bill that would ban single-use plastic carryout bags throughout Maine.

The bill, L.D. 1532, would prohibit retailers from using these bags following a sale or making them available to customers. Instead of plastic bags, retailers would be encouraged to offer recyclable paper bags to buyers for at least five cents a bag.

Proponents of the bill say the law would provide a consistent policy to businesses throughout the state, all while helping to reduce plastic waste.

"Restricting the use of single-use plastic bags is an appropriate and direct response to the threat of plastic pollution," said Sarah Lakeman, Sustainable Maine Director for the Natural Resources Council of Maine, in a statement. "A statewide ban will deliver the consistency that retailers, grocers, and businesses are asking for."

A clause in the bill's text, however, is leaving some opponents still skeptical.

Per the bill's language, a "reusable bag" could include bags made of plastic, as long as they are at least 4 millimeters thick.

The Portland Press Herald reports that critics argued Thursday the ban could result in more, not less, plastic infiltrating the environment, since acceptable bags are built out of more plastic.

The bill would exempt plastic bags used for produce, prescription drugs, newspapers, laundry, and live animals from the ban.

Rep. Holly Stover (D-Boothbay) sponsored this bill. The Retail Association of Maine and Maine Grocers and Food Producers Association reportedly worked closely with legislators to draft this bill through the Environment and Natural Resources Committee.

This bill now heads to the Maine Senate for a vote.

If the bill becomes law, Maine would join California, New York, and Hawaii in implementing a statewide ban on single-use plastic bags.