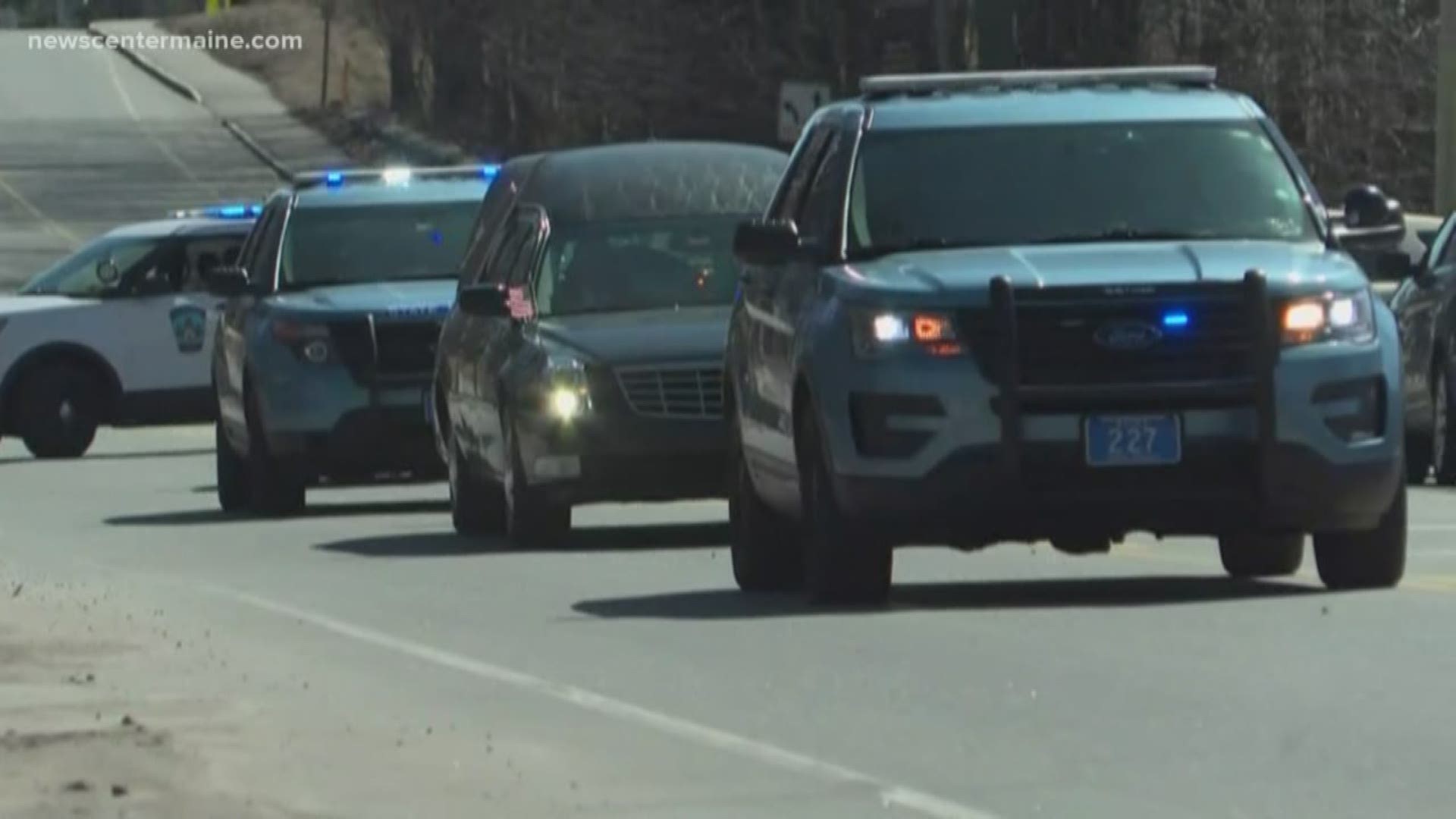 A procession of state police troopers led Det. Campbell's hearse from the Medical Examiner's Office in Augusta to Lamson Funeral Home in Millinocket.

RELATED: Body of state trooper killed on I-95 reaches Augusta

The caravan departed Augusta at 2:30 p.m. and arrived into town around 5 p.m.

Det. Campbell's brothers and sisters in uniform accompanied his journey from Augusta to Millinocket every step of the way.

Det. Campbell was killed Wednesday morning in a tragic and "bizarre" accident when he was helping a stranded driver on I-95. He was standing outside of his police cruiser when two wheels separated from a tractor-trailer logging truck driving by.

One wheel rolled into the median, but the other hit Det. Campbell, seriously injuring him. Authorities responded to the scene, but they were unable to save Campbell. He was taken to Northern Light Eastern Maine Medical Center where he later died.

Det. Campbell lived in Millinocket with his wife, Hillary, and 6-month-old son, Everett.

Community members have been deeply touched by the loss of Det. Campbell, who was a beloved officer, father, and friend.

"I came to pay my respect," said Kevin Leblonde, a life-long Millinocket resident. "That’s all I can do. It's just painful for everybody. It’s the whole talk of the town and everybody misses him already. It’s only been a day and it’s hard to deal with."

“A lot of people I talked to said they were going to come and watch [the procession,]" said Kim Rogan, who is also a life-long Millinocket resident. "Just to show that everybody really feels bad about it and show [Hillary] that the town supports her. That’s why I came out.”

"I think they're going to see one amazing show of support for the family because they are such good people, and obviously the state police are missing one of their best," added Leblonde. "It's going to be a lot to go on. Hopefully this just goes by rather quickly because it's just so painful for everybody."

RELATED: Maine reacts to death of state trooper, killed along I-95