Funnel cake and fried fun: Remembering Fernie, the queen of the State Fair of Texas 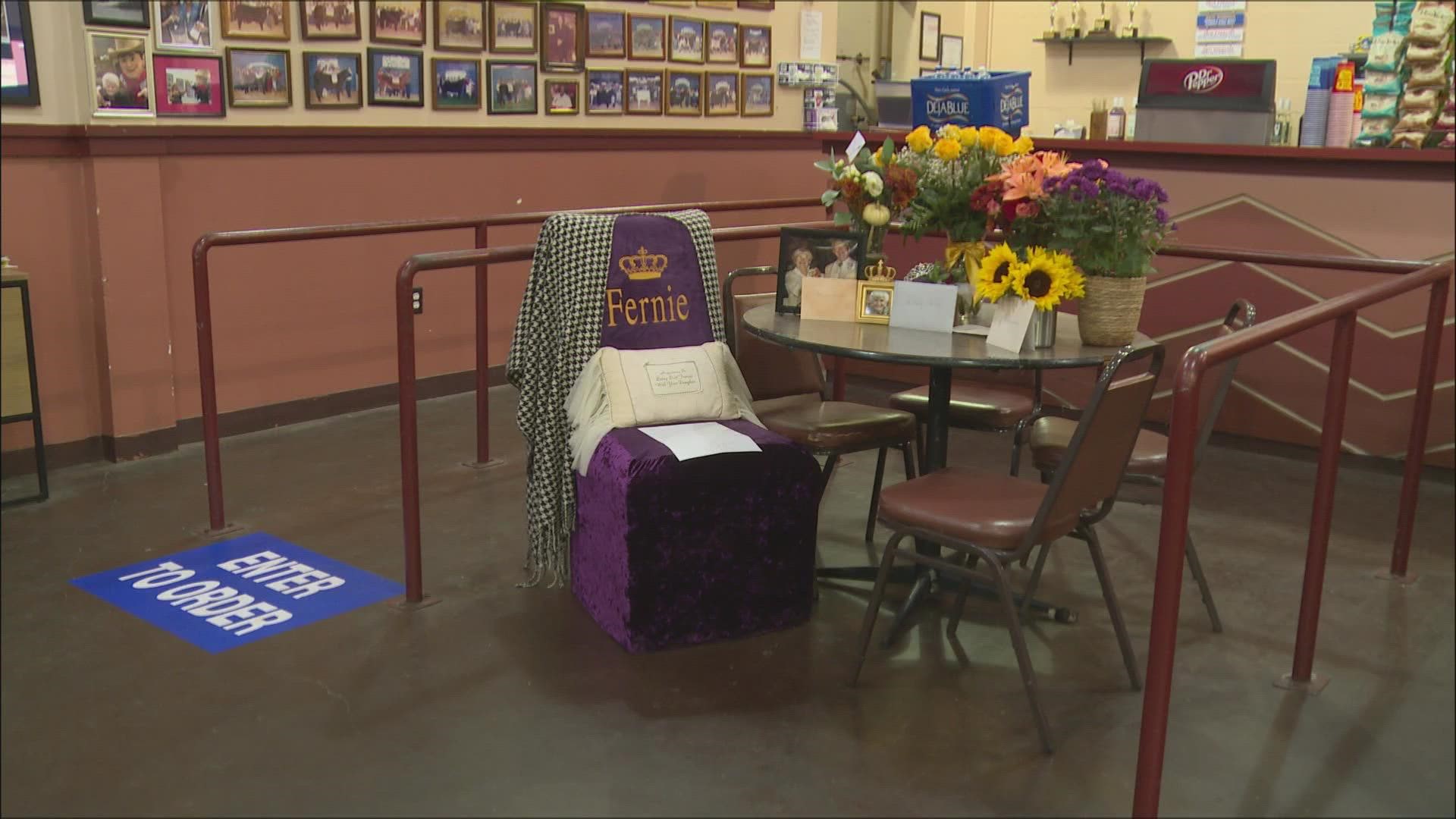 As a state fair concessionaire, Christi Erpillo is glad people are buying what she’s selling.

But the one thing she wants customers to take with them, she’s not selling.

“The one thing I want people to leave with is free,” said Erpillo.

Erpillo insisted the best thing she has to offer isn’t on the menu, but on the wall.

For half a century, Erpillo’s mom was the queen of the state fair. Dozens of pictures recognizing her years at the fair line the wall.

Even if you’re not a fan of the fair, you’ve probably heard her name.

Fernie brought her funnel cake to the state fair 40 years ago. It was the beginning of a remarkable career, but now the chair she once sat in is empty.

Fernie died in June at the age of 95.

This will be the first state fair without her in more than 50 years.

“I just miss her,” said Erpillo.

WFAA visited with Fernie’s during her final trip to the fair in 2019. She talked about funnel cake and ate some, too.

Over the years, Fernie created roughly a dozen other award-winning treats. Each trophy she won was less important than the last. At least, they weren’t as important as what she told another reporter years ago.

“The reporter said, ‘Out of all of your accomplishments, what are you most proud of?’ And she said, ‘My family,’” said Erpillo.

Many of those pictures include celebrities who stopped to see Fernie over the years, but you didn’t have to be famous to be loved by Fernie.

Everyone was invited to her table.

Since opening day of this year’s fair, people have been leaving flowers, cards, and letters filled with memories.

“I never knew that my mother had that much impact on so many people,” said Erpillo.

Erpillo doesn’t expect everyone to leave a gift, but she does hope they will take something.

“I just want everyone to remember what a wonderful, warm and generous and caring and smart woman she was,” Erpillo said. “Be more like that in this world right now. We need more Fernies.”

How sweet that would be.