Online forums can be easier to plan and easier to attend, but there are barriers to accessibility 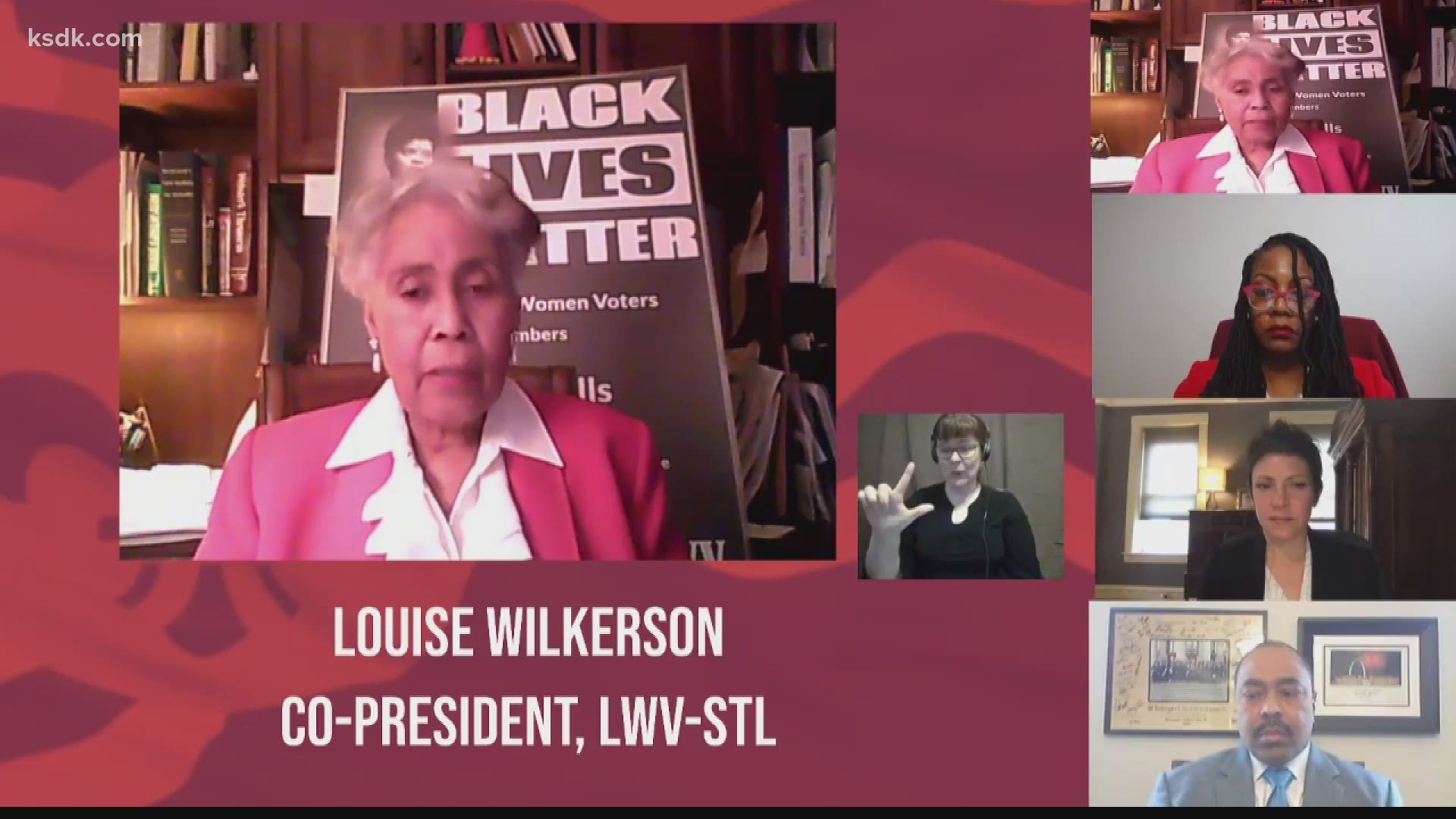 ST. LOUIS — When viewers logged into a Saturday afternoon forum for St. Louis mayoral candidates, they found the sort of modern problems that plague so many virtual meetings these days: missing audio, freeze frames and an echo.

You're always a bit anxious about will it work right," Louise Wilkerson, co-president of the League of Women Voters of Metro St. Louis, said.

Wilkerson was scheduled to moderate the event, which was sponsored by democratic committees from several wards. After about half an hour, they decided to reschedule to another day which was disappointing when they looked at the turnout. Wilkerson said online attendance much higher than some in-person forums.

"They don't have to get up, get dressed, get in the car, drive somewhere, find a parking space, and get in. So we're seeing a much higher rate of participation," Wilkerson said.

"I watch every single debate that I can. Maybe it's toxic, but I just love debates," attendee Maxi Glamour said.

Glamour not only logged in to watch Saturday's debate, they moderated the Qu'art discussion earlier in the week focused on queer issues.

Glamour says the online forums can be easier to get up and running, but there are barriers to accessibility.

"There is a generational gap in which accessibility isn't always there," Glamour said. "You know, this pandemic has really shone a light on some people's inadaptability to use technology."

5 On Your Side Political Analyst Anita Manion says we got a sneak peek at the potential impact of virtual campaigning last year.

"A lot of people think that Democrats running in Missouri were at sort of a disadvantage in the November 2020 election because they didn't do as much door-knocking and in-person things as the Republicans did," Manion explained. "So it will be interesting if all four candidates sort-of take the same strategy, then that doesn't put any single one of them at a disadvantage."

Manion says the ongoing pandemic -- and an emphasis on virtual campaigning -- could benefit Reed and Jones who have already run for mayor before.

As for the League of Women Voters, Wilkerson says they'll work around schedules to get their event back on the books, though at least one candidate says his or her schedule is already virtual-forum heavy.

Proposition D -- passed by voters last year -- means all the candidates will appear on the primary ballot, and voters can choose as many as they want, regardless of party.

Mayor Lyda Krewson is not seeking a second term.

The primary is March 2, and the top two candidates will be in the general election in April.