The man and woman riding the motorcycle were both wearing helmets but were both thrown off the Harley and onto the ground, police said Monday night. 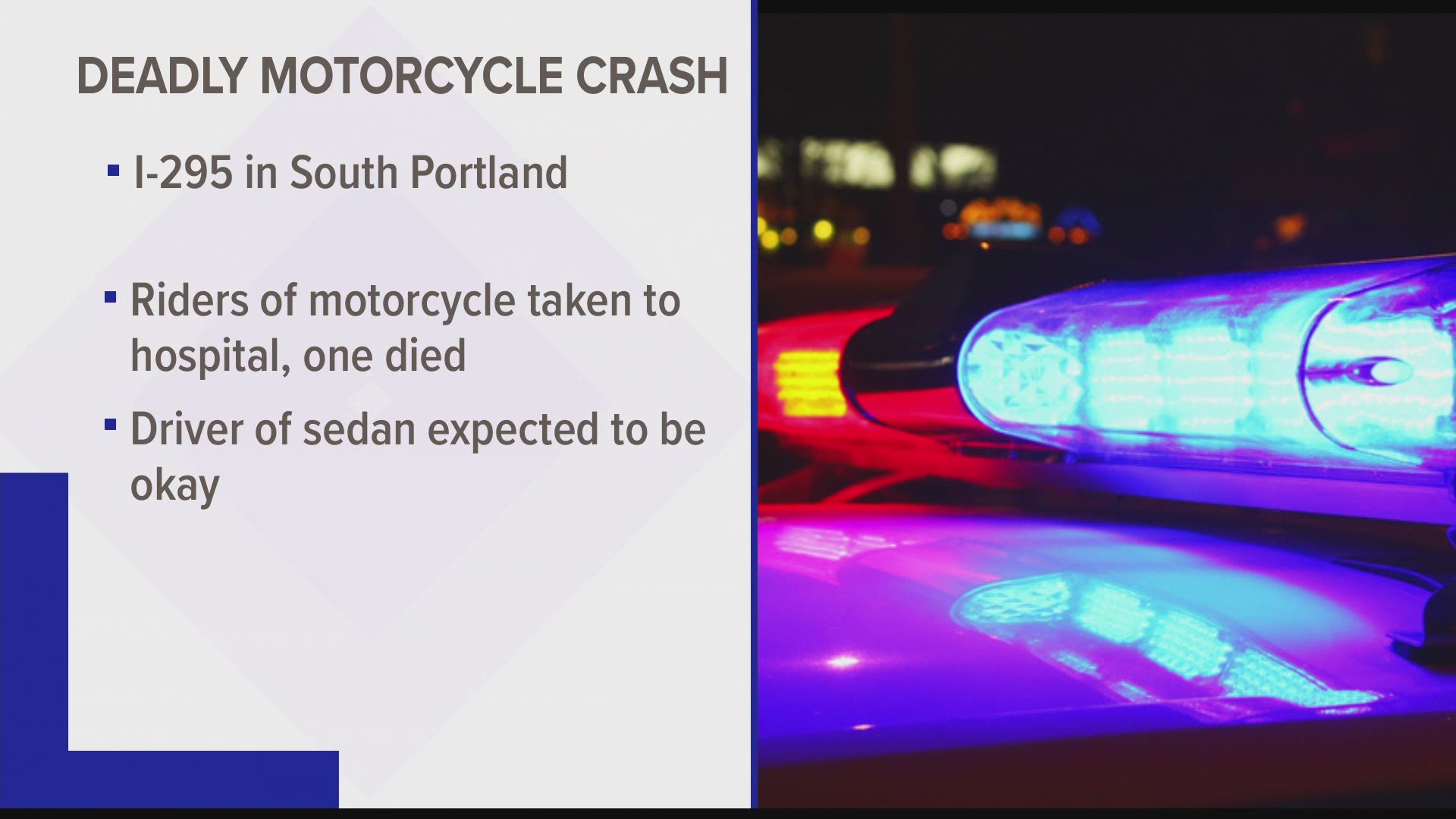 SOUTH PORTLAND, Maine — A man is dead and a woman is in critical condition after a car and motorcycle crash in South Portland Monday night.

According to a press release from South Portland police, officials responded to the crash on I-295 exit 3 on-ramp just before 6 p.m.

Both the man and woman riding the Harley Davidson were thrown to the ground during the collision. Both were wearing helmets, police said, however, suffered life-threatening injuries and were taken to local hospitals.

The 52-year-old male driver of the motorcycle died from his injuries. The 35-year-old woman passenger is in critical condition.

Police said the 24-year-old male driver of the 2013 Kia was also taken to a local hospital with non-life-threatening injuries.

The cause of the crash is still under investigation. No charges have been filed, and the investigation is ongoing. Names will not be released until the families are notified.