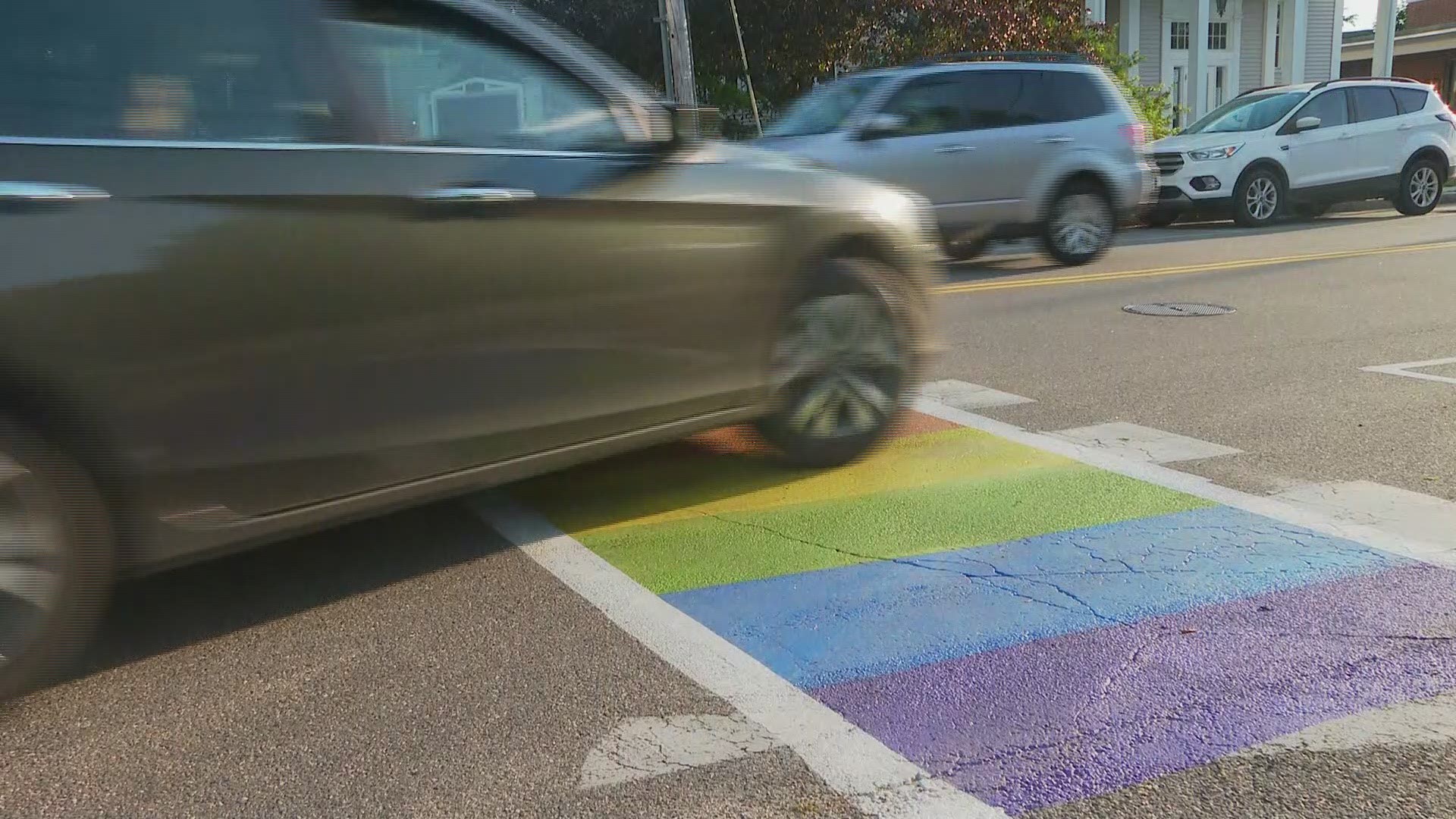 City officials have painted several of the city's crosswalks the color of the rainbow to celebrate Pride Month.

In a Facebook post on Thursday, a city official said, "LGBTQ+ Pride Month occurs in the United States to commemorate the Stonewall riots, which occurred at the end of June 1969. As a result, many pride events are held during June to recognize the impact LGBTQ+ people have had in the world. In celebration of #PrideMonth, South Portland has re-painted a handful of crosswalks to the colors of the rainbow!"

Sidewalks in Mill Creek, near the Central Fire Station and crosswalks at South Portland High School, have all been spruced up with fresh rainbow colors.

The coronavirus pandemic has caused many celebrations to be canceled.

Pride Portland!, the volunteer-run organization, decided it was in the best interest of Mainers and visitors to postpone their June Pride events to August.

The decision was made back in March.

In their press release last month, the organization said, "The health and safety of our volunteers and community are most important to us and have guided our decision. ... Pride Portland! is a labour of love. We are a local event that reaches throughout Maine and we owe our success to all of you and to our dedicated team leads. We hope you and your loved ones stay safe and healthy. And we certainly hope to see you in August."

The first Pride march took place June 28, 1970, a year after the 1969 uprisings at the Stonewall Inn, a gay bar, which were led by trans women of color.

A few other commemorations took place that year and later spread until 50 years on.