Mainers struggle to find apartments amid rising demand and prices

Tracey Levenson moved to Maine from Florida for a new job at the end of February. Since then, she said she's been looking for an apartment, with no luck. 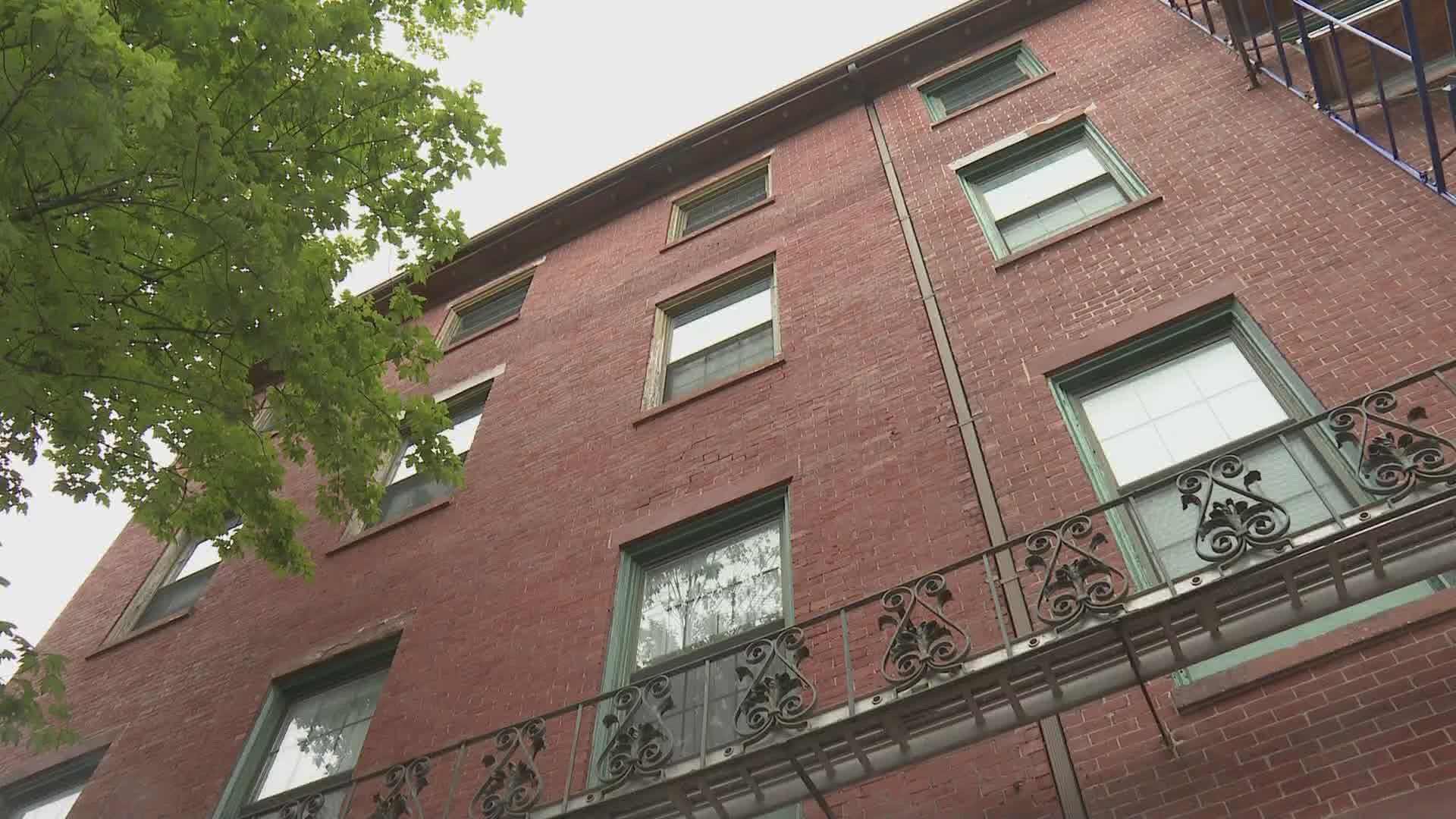 PORTLAND, Maine — Since the coronavirus pandemic began, experts say it's been tough for people to find apartments in Maine because more people have moved to the state, which is raising the prices of units.

Tracey Levenson is one of those people.

"It's been rough," Levenson said.

Levenson moved to Maine from Florida for a new job at the end of February. Since then, she said she's been looking for an apartment somewhere in southern Maine that she can actually afford, with no luck.

"The area that I'm looking in maybe pops up once a month if that. It will usually say no pets no exceptions," said Levenson.

"Our phones are ringing off the hook," said Greg Payne, director of the Maine Affordable Housing Coalition.

Payne said the current housing shortage is kind of a domino effect, and said it's the worst he has ever seen it.

"What we are seeing is that the effect of that really high homeownership market is that people who would otherwise be homeowners are now renters. And when you have sort of a pretty fixed supply of rental housing, and a number of people competing for that relatively fixed supply of rental housing, when that happens, prices go up and that's what's happening," Payne said.

According to RentCafe, an apartment in Portland with a little over 700 square feet is going for $1,594 a month—a 4 percent increase from last year.

The Maine State Housing Authority said the median price for a two-bedroom apartment in Portland last year was $1,881 a month, which is up $700 from 2017.

"I lived on the beach in a condo on a beach for 10 years and paid half of what these places are asking that are really nothing," Levenson said.

"We have never kept up with the housing demand," Southern Maine Landlord Association President Brit Vitalius said. "Housing has always felt tight in southern Maine and now with the pandemic, where suddenly everyone from Brooklyn, D.C., and Boston and everywhere else is discovering how great Maine is, this sort of tidal wave of people has come to our state to try and find housing."

Vitalius said the tidal wave of people looking for apartments may start to recede.

"We're feeling the last couple of weeks is maybe a little bit slower, still a strong marker, prices are still high, but as people start to get back to normal a little bit, maybe that pressure to buy a house isn't as great," Vitalius said.

Portland City Councilor Spencer Thibodeau, who is the chairman of the city's Housing and Economic Development Committee, said the issue is something the council is trying to address.

"I think as a council, our challenge is how do we house folks who have been here, who have been looking, but also folks who are starting a new, which is why the Housing and Economic Development Committee is going to start a process on our new goal which is housing for the missing middle," Thibodeau said.

He said we should expect to see additional investments from the city in housing over the next few years, and said the city is building more affordable housing with a goal of creating more than 200 units a year. But he said he knows it takes time, and recommends people not to give up.

"This is a process. I went through the process a few years back and was lucky enough myself, but it took some significant time," Thibodeau said. "We know that folks have barriers from security deposits to first and last month's rent and trying to help them find organizations to help meet that goal if they are able to find something."

Time is something Levenson said she doesn't have and is concerned she will have to leave the state.

"I'm afraid I'm going to have to relocate again and leave the job because of lack of housing," said Levenson.

A bill that was just passed by Maine lawmakers would not only provide more affordable housing, but add jobs to Maine's economy. It's now up to the legislature's appropriation committee to find the money to pay $25 million for the first year and $75 million for the second.

Are you having a hard time finding an apartment in Maine? If so, you are not alone. Find out why it’s been difficult at 5. @newscentermaine