Six sent to hospital after dump truck rolls over, partially lands on a smaller car in Wilton 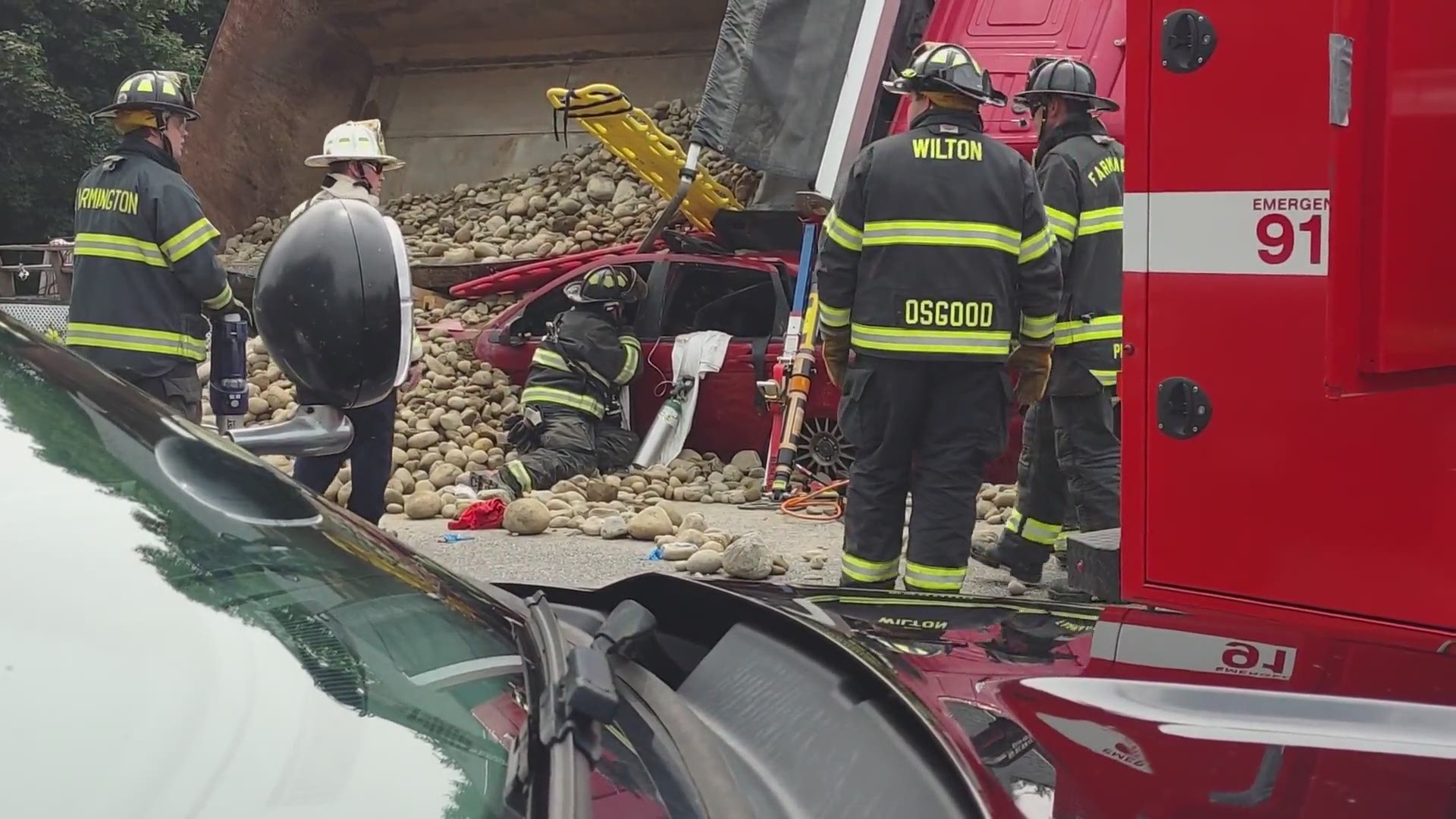 Details are scarce, but witnesses told NEWS CENTER Maine the crash scene was quite scary.

Video sent to NEWS CENTER Maine shows a large dump truck appearing to have rolled on its side, dumping a cargo of looked like gravel, dirt, and large rocks, coming to rest on and partially crushing a smaller car. Passers-by can be seen pulling rocks and debris off the car while first responders help people out of the crushed vehicle.

Witnesses told NEWS CENTER Maine a woman trapped in the car seemed to be alert and talked to first responders about the safety of her children.

Police say three adults and three children were taken to Franklin Memorial Hospital this afternoon following a rollover crash involving a dump truck and a car along route 2 in Wilton. @newscentermaine pic.twitter.com/ZnbhkbunwL

Officials did not know if there were injuries and how severe any injuries were.

NEWS CENTER Maine's Carly D'Eon said she could see a LifeFlight helicopter but was unsure if the crew had taken anyone to the hospital with the crew.