Police say he was last seen Sunday afternoon in Bridgton 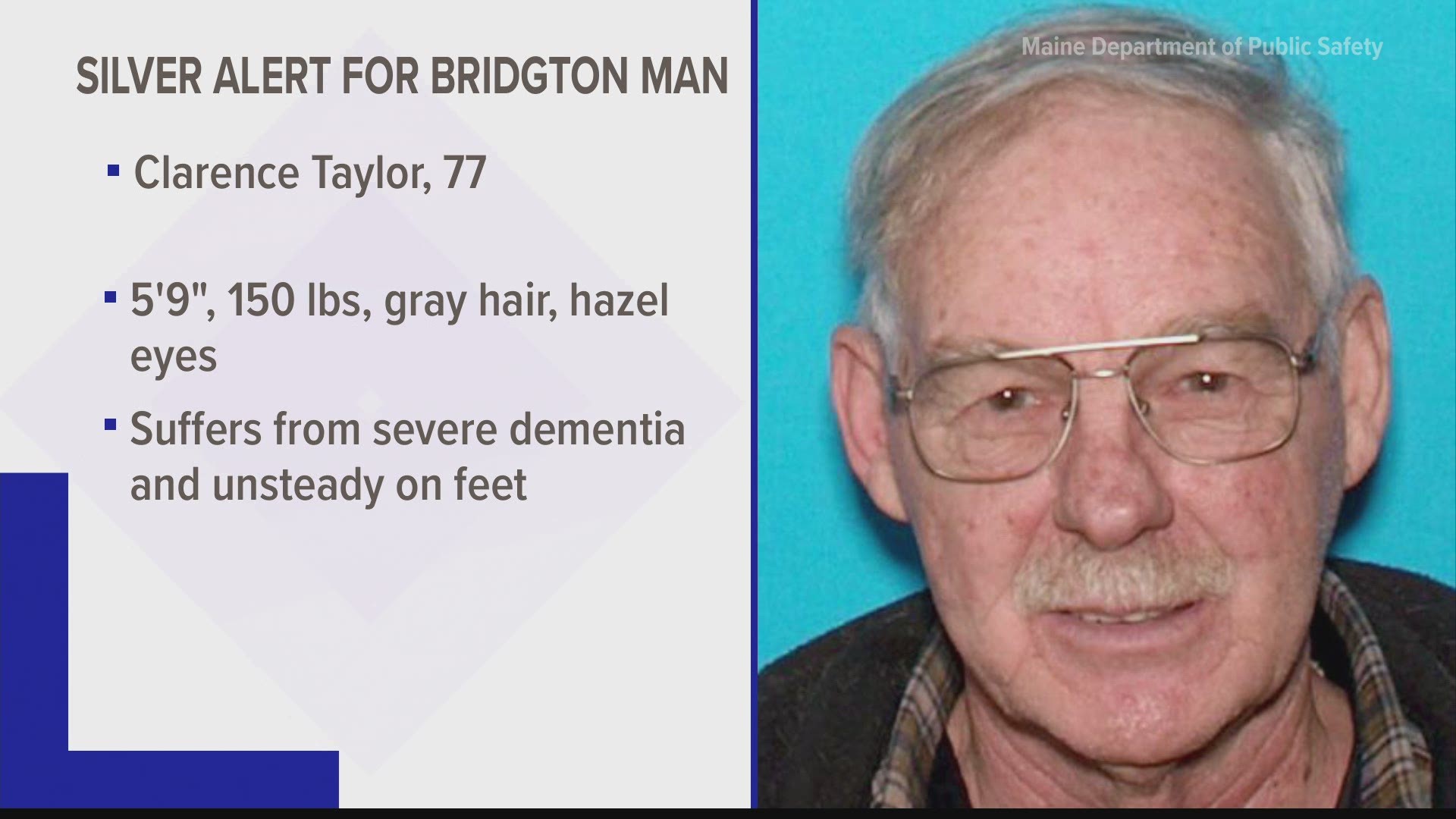 According to wardens, the duo searched a field near the assisted living center that Taylor lives in shortly after 9:30 p.m. The K9 picked up on Taylor's scent and took off towards an abandoned truck at the edge of the field, where Taylor was found, sitting on the other side of the truck at approximately 10:40 p.m., The truck was over 600 feet from the assisted living center.

Taylor was unable to stand but was alert and could talk, wardens said. Medical personal were able to get an ambulance close to Taylor, where he was loaded into an ambulance and transported to Bridgton Hospital.

Bridgton and state police, as well as the Cumberland County Sheriff’s Office and a Windham police detective, helped with the search.

The Bridgton Police Department has issued a Silver Alert for 77-year-old Clarence Taylor. Police say he was last seen at 3:30 p.m. on Sunday in Bridgton.

Police describe Taylor as a white man, 5 feet, 6 inches tall, and about 150 pounds. He has gray hair and hazel eyes.

Police say he is wearing glasses and is likely wearing black sweatpants and black shoes. Police also say Taylor suffers from severe dementia and is very unsteady on his feet. Police say it is extremely unlikely for him to leave his home at the Bella Point Assisted Living facility on Portland Road in Bridgton.