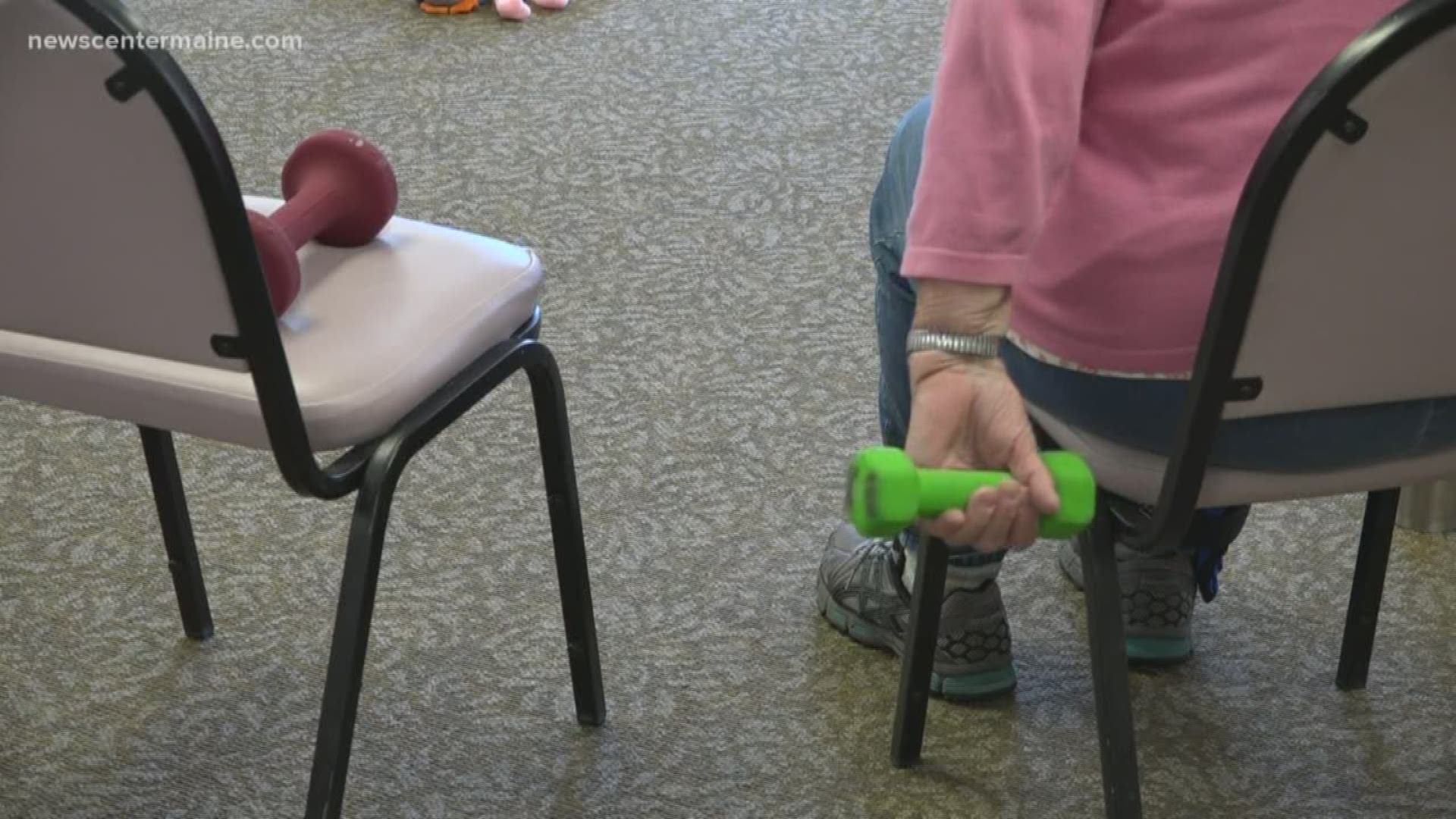 BANGOR, Maine — Senior citizens are the fastest-growing population in America. Staying active is important for everyone, but how are seniors living a healthy lifestyle?

One of the hardest challenges for all Americans is finding time to exercise. Too tired from work, too lazy to go for a run, or just not enough time in the day. Seniors have those same problems.

But at Solstice Senior Living in Bangor, the residents live in a community where an active and social lifestyle is emphasized every day.

Classes such as bone-building in the morning, Tai Chi, and bean bag toss make up some of the activities offered at Solstice. These exercise opportunities are designed to get the residents up and moving, and not just sit around.

“One of the things that people come for is the activities, the music, keeping the classes, the things they are able to do over and above just living in an apartment," Deborah Wisdom, the marketing director of Solstice said.

Wisdom's office is placed right between all the action. She can hear the rhythmic counts from the exercise classes, and also the laughter and good humor'd competition from the bag toss games.

Wisdom has been at Solstice for eight years, where she has been able to see how daily activities impact the residents physical and mental life.

Senator Susan Collins passed a resolution by the Senate declaring September 23, as 'National Falls Prevention Day', to raise awareness on the physical and financial burdens seniors may have if they suffer a serious fall.

“Falls-related injuries have a devastating impact on older Americans, their families, and their communities,” Senator Collins said. “This resolution brings awareness to the impact of this issue and also demonstrates some practical initiatives that can be taken to make falls among older Americans a far less common occurrence.”

Even a slight fall, can be detrimental for a senior.

“A fall just from standing can result in significant injuries, fractures bleeds in the brain, those kinds of things which can all alter the reaming time in the rest of your life," Doctor Michael Melia of Eastern Maine Medical Center mentioned.

Donna Dwyer leads the morning bone building exercises at Solstice, and being a senior she knows how crucial it is for an active lifestyle, and how bad it can be for those of us who are older.

Solstice, along with every senior living community in the country is heading for their most difficult days. More patients coming in, and more of an emphasis on an active lifestyle growing day by day.

RELATED: 'It makes me feel younger': The importance of staying active for aging adults

Wisdom even added that an active lifestyle is good for anybody, regardless of age.

“It’s a lifestyle that I will tell you that it's important to every single person out there that is of that age..of this age.. of my age and above because if you don’t stay active basically you don’t stay.”