The father of Senator Susan Collins has died. 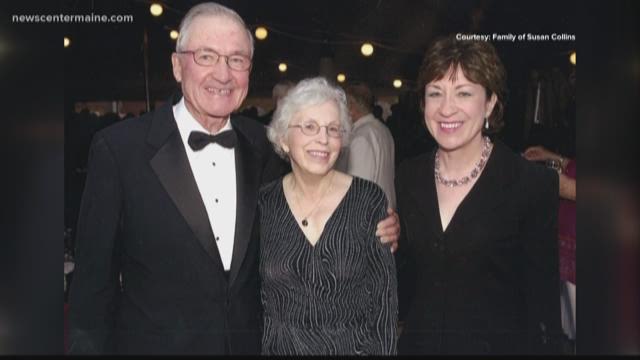 Donald Collins was a veteran of World War 2 and received two purple hearts for his involvement in the Battle of the Bulge.

Collins was the fourth generation of his family to operate the S.W. Collins Company and is credited with expanding it over the course of the four decades he managed it. The company was founded by his great-grandfather Samuel Collins in 1844 as a lumber sawmill.

Collins retired in 1992. His honors are many. They include Caribou’s citizen of the year in 1975 and the Maine Chamber of Commerce and Industry’s Business Leader of the Year in 1987. He was also inducted into the Northern Maine Construction Hall of Fame in 2009.

In his later years, Mr. Collins suffered from Alzheimer's disease.

"We were deeply saddened by the passing of Don Collins. We have such fond memories of Don over the years and have been great admirers of his, as well, since our first days working with him during his terms in the Maine State Senate where his selfless devotion, passionate commitment, and dedication of service to his nation and state were abundantly evident.”

“Mary and I are saddened by the passing of Don Collins. Don represented the best of Maine: a dedicated public servant, a pillar of the business community and a loving husband and father. His contributions, in the County and across our state, will not be forgotten, and our prayers are with his family during this difficult time.”

His contributions, in the County and across our state, will not be forgotten, and our prayers are with his family during this difficult time.

Donald Collins and his wife Patricia had six children together and had been married for 70 years. Donald Collins was 92 years old.