Sen. Collins: I thought the president made a big mistake by asking China to get involved in investigating a political opponent.

Sen. Susan Collins weighs in on President Trump's call for foreign leaders to investigate his political opponents, while her Bangor office anticipates protest. 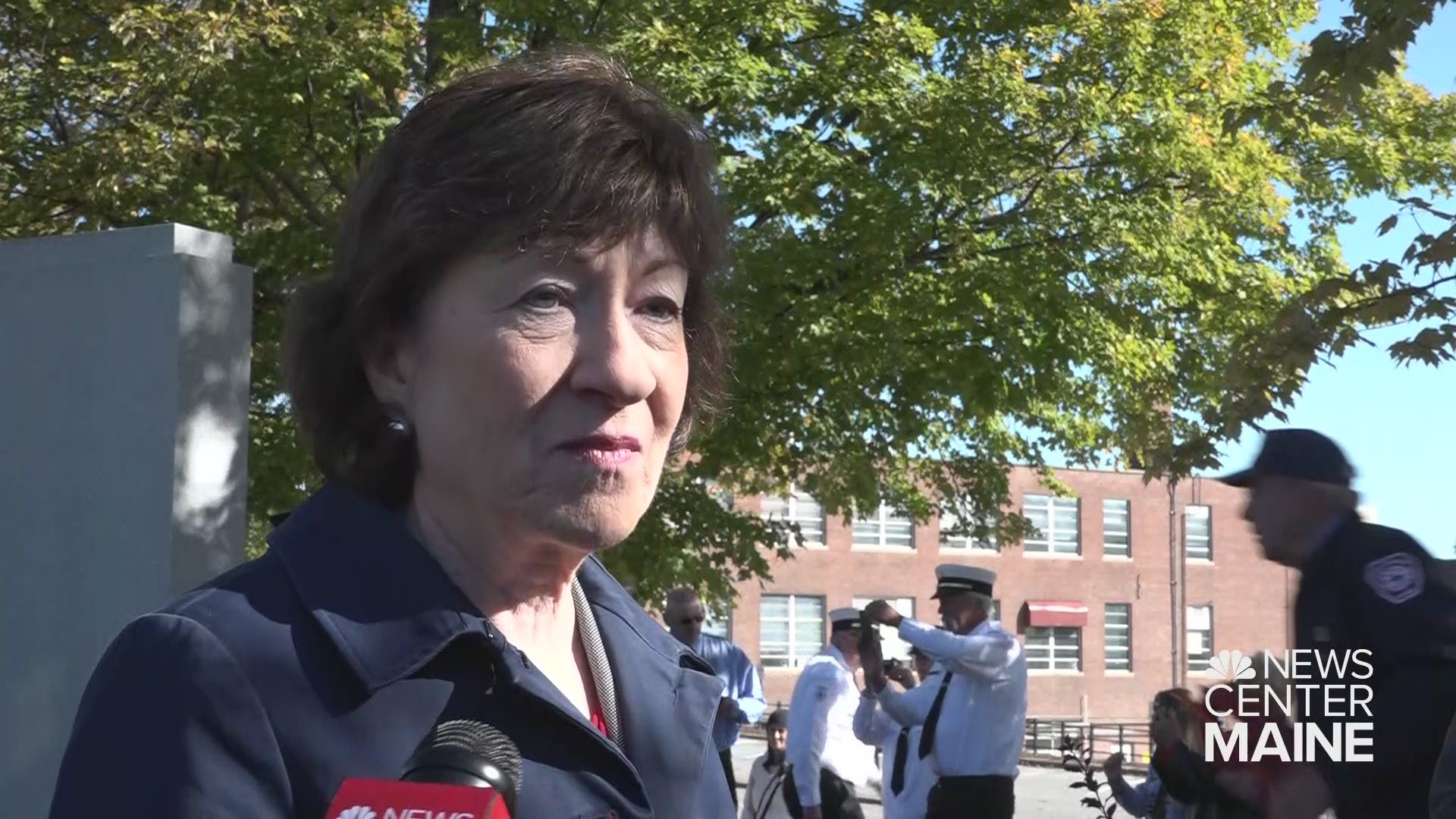 A second whistle-blower has come forward with information about the president's call to Ukraine's president claiming that information is also asking for help to find dirt on former VP Joe Biden and his son, Hunter.

That person's lawyers say the second whistle-blower has "first hand" knowledge of the president's phone conversation.

House Democrats launched an impeachment inquiry against President Trump over him pressuring the Ukranian president to probe the former vice president and his son over business dealings in the country.

RELATED: Will Supreme Court have to weigh in on impeachment as new term begins?

Now, many are reminded of the decision Sen. Collins made a year ago to vote to confirm Brett Kavanaugh to the Supreme Court.

The allegations brought against Kavanaugh were examined by the Senate Judiciary Committee in a testimony delivered by Dr. Ford.

Though the accusations of drunken behavior and sexual assault called into question Justice Kavanaugh's integrity, he was still voted into the Supreme Court, 50-48.

Sen. Collin's vote was considered one of the deciding votes.

On October 7, 2019, protestors are expected to gather in Bangor outside of Senator Collins' office.

The rally is organized by multiple local groups -- calling to reclaim the Supreme Court.