The groundfishing reportedly capsized off the coast of Maine. 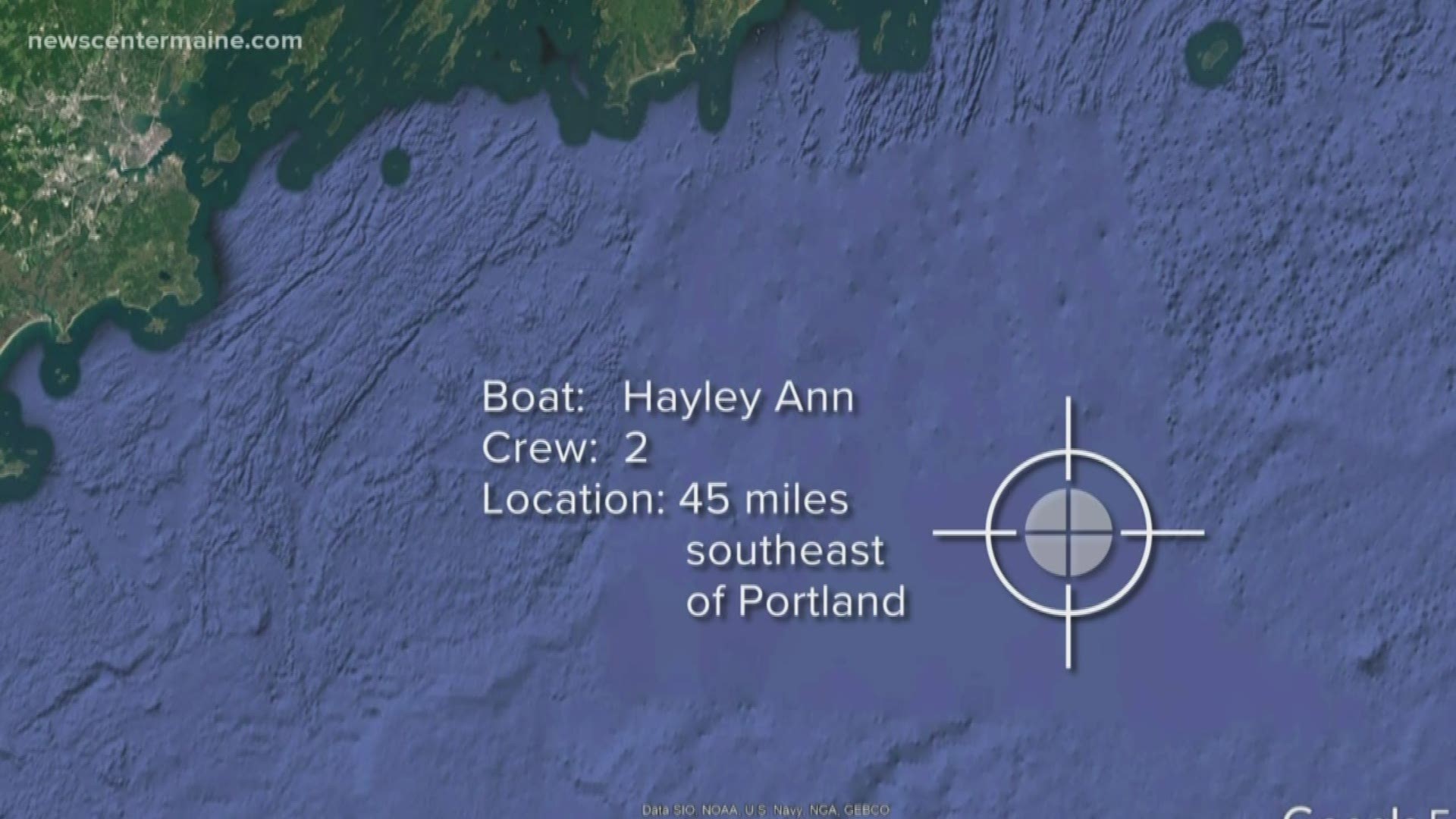 MAINE, USA — The United States Coast Guard (USCG) has confirmed the two people that were aboard the Hayley Ann vessel off the coast of Maine are dead.

Around 5:50 p.m. Thursday, USCG said the bodies are being brought back to Portland by a private fishing vessel that was in the area.

The groundfishing boat reportedly capsized, and two bodies were found face down in the water.

An EPIRB signal, an emergency locator beacon that goes off when it hits the water, alerted the Coast Guard that the boat had gone over. They launched a plane, two helicopters and a cutter.

There were only two people on board the Hayley Ann. The names of the people have yet to be released.

Earlier Thursday at 4:14 p.m, USCG said the people were recovered from the water but were unresponsive.

Hayley Ann was in waters about 45 miles southeast of Portland.

USCG said a fixed-wing aircraft and two helicopters from Air Station Cape Cod joined in the search, as well as the Coast Guard cutter 'Steelhead.'

This story will be updated as more information becomes available to NEWS CENTER Maine.