Scientists expect some decline in lobster numbers, but 'no calamity' 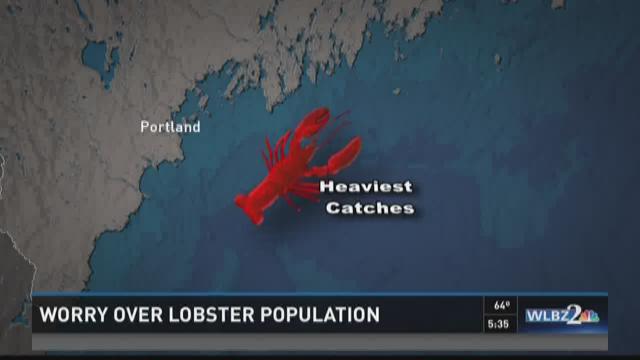 PORTLAND, Maine (NEWS CENTER) — Concern about the effects of climate change have reached Maine's lobster industry, where there are questions whether the state's record lobster catches can be sustained.

There has been wide agreement among fishermen and scientists in recent years that the waters of the Gulf of Maine have been getting steadily warmer as a result of the changing climate. In fact, researchers say the Gulf water have warmed more quickly than most other parts of the ocean.

University of Maine researcher Dr. Rick Wahle said warmer water in the Gulf has been one factor in the big jump in lobster landings. He said a reduction in the number of lobster predators and conservation efforts by fishermen are also factors.

But Wahle said the annual lobster settlement survey, which he began several decades ago, shows there are fewer small, juvenile lobsters "settling" on the ocean bottom to grow.

He said there is some contradictory finding in other surveys, but that there is a lot of belief lobster catch numbers will start to go down.

"[T]he question is how long will this big surge last? And the indicators based on the settlement index is there may be a downturn coming and those indicators are pretty widespread," Wahle said.

The lobster industry is paying close attention to the science. Curt Brown is not only a lobster scientist but also a longtime fisherman. He was actually a graduate student a dozen years ago studying under Rick Wahle. Now he works for Ready Seafood in Portland, helping the business be prepared for potential changes in lobster landings.

He said those in the lobster business won't be surprised if landings decline somewhat in the coming years.

"I don't see any calamitous decline in the near or far distant future," he said. "But landings will probably come down to some extent. We're a lobster company so we have to be prepared."

The two are cooperating on new research by Wahle to investigate settlement of juvenile lobsters farther offshore, in deeper waters. Wahle said fishermen have reported seeing small lobsters in areas where they were not seen previously, possibly because warmer water makes those areas more hospitable.

At the same time, Wahle said there is research from New Hampshire showing fewer tiny, larval stage lobsters surviving to grow larger. Both issues, he said, raise questions that need to be answered to better understand what the future holds for lobsters in the Gulf of Maine.

Many of those issues are likely to be raised next week in Portland when a number of the world's top lobster scientists are expected to attend the annual International Conference and Workshop on Lobster Biology and Management. It will be the first time the event has been held in Maine.