The reptile is listed as a species of special concern in Maine. 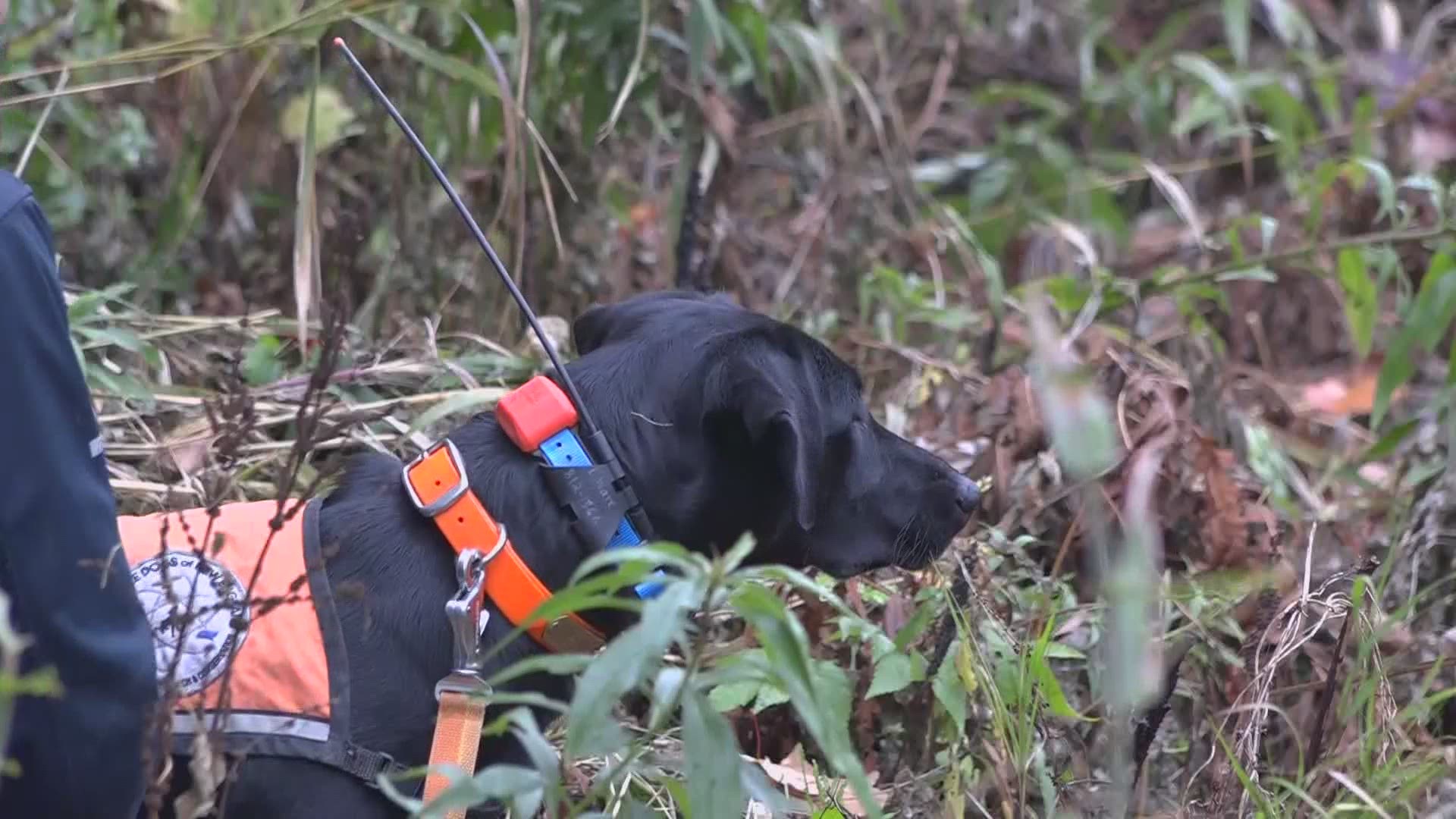 WALDO COUNTY, Maine — Scent-tracking dogs are known for finding large game and missing people, but what about turtles?

"Training a conservation dog specifically to look for threatened, endangered or declining turtles is new," Matthew Chatfield, a biologist with the nonprofit Center for Wildlife Studies, said.

Chili is a Labrador helping biologists protect Maine's vulnerable wood turtle population. She can often be found racing up and down streams in Waldo County.

"I'm hoping we can really increase the amount of turtles that the project is able to study with Chili's help," Chili's owner, Lindsey Ware, said.

Ware has teamed up with Chatfield and Cheryl Frederick, also a biologist, to use her scent-tracking dog to find wood turtles. The reptile is listed as a species of special concern in Maine.

This morning on ⁦@newscentermaine⁩ I’ll introduce you to Chili! She’s a Labrador doing her part to save Maine’s vulnerable wood turtle population. 🐶🐢#wakeMEup pic.twitter.com/IsrmC3H0vS

Chatfield says there are many factors playing into the decline of wood turtles.

“Habitat loss, degradation, and fragmentation are all major causes of decline," she said. "They’re also threatened by the illegal turtle trade."

Chatfield added that, because of Chili, their efforts to save the species is more efficient. They've been able to capture, mark, and telemeter more turtles to help improve all of the different studies that are part of the wood turtle project.

Frederick wants folks to know, like Chili, you too can help protect the imperiled reptile.

"Best thing you can do is leave it where it is. You can admire it, you can see how beautiful they are, but we really want folks to sort of leave them in the wild," Frederick said.

She asks anyone who comes across anything that looks like a wood turtle to contact the Maine Department if Inland Fisheries & Wildlife.