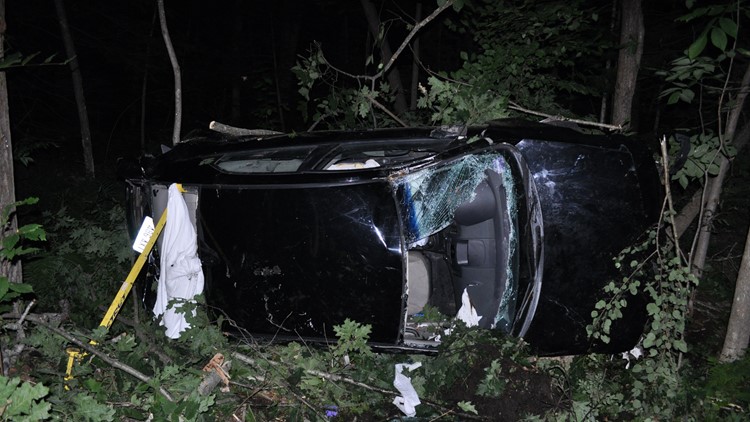 SANFORD, Maine — Two people were injured Saturday night in the Sanford village of Springvale when the car they were in left the road and crashed, police said Monday.

The crash, first reported around 7 p.m., involved a Kia Forte traveling north on Main Street, leaving the road near the intersection of S Curve Lane, police said. The car collided with several trees and rolled onto its side.

Penley's passenger, Dean Towne, 42, of Acton, had to be flown by LifeFlight to Maine Med with injuries described as "incapacitating."

Towne and Penley were treated and released, police said.

Investigators said the vehicle was operating erratically prior to the crash.

As of Monday, police's investigation into the crash was ongoing.