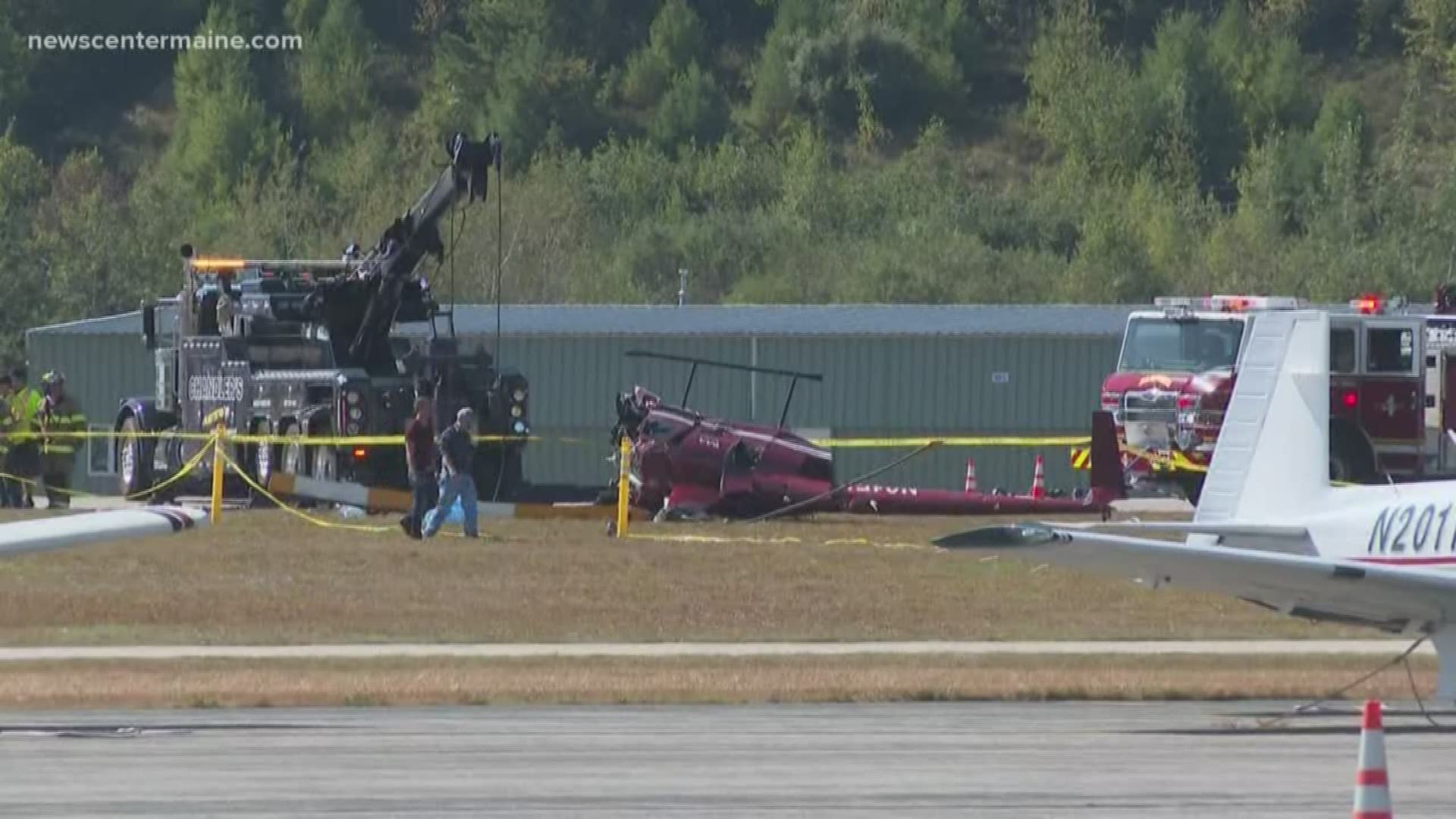 SANFORD, Maine — A Bowdoinham man was seriously injured Saturday when the helicopter he was piloting crashed at Sanford Regional Airport.

Jack White, 50, was flying cross-country as part of his helicopter licensing process, Sgt. Jason Wagner of the Sanford Police Department said in a release. He had flown from Sanford to several Maine and New Hampshire locations and was returning to Sanford when he crashed.

Emergency personnel were called to the airport just before 10:30 a.m., and found bystanders already providing care to White.

He was taken by ambulance to Maine Medical Center in Portland. His condition was not available Saturday afternoon.

White was piloting a Robinson R44 helicopter, spokeswoman Arlene Salac of the Federal Aviation Administration said in an email.

Witnesses told police that White appeared to be practicing landing or near-ground maneuvers and was near the ground when the helicopter began rotating in an uncontrolled spin, eventually crashing in grass adjacent to Runway 14.

The Maine Department of Environmental Protection was due at the airport Saturday afternoon to monitor spilled fuel.

The FAA and the National Transportation Safety Board will investigate.