Saddleback Ski Area has been welcoming skiers once again for the last two months. 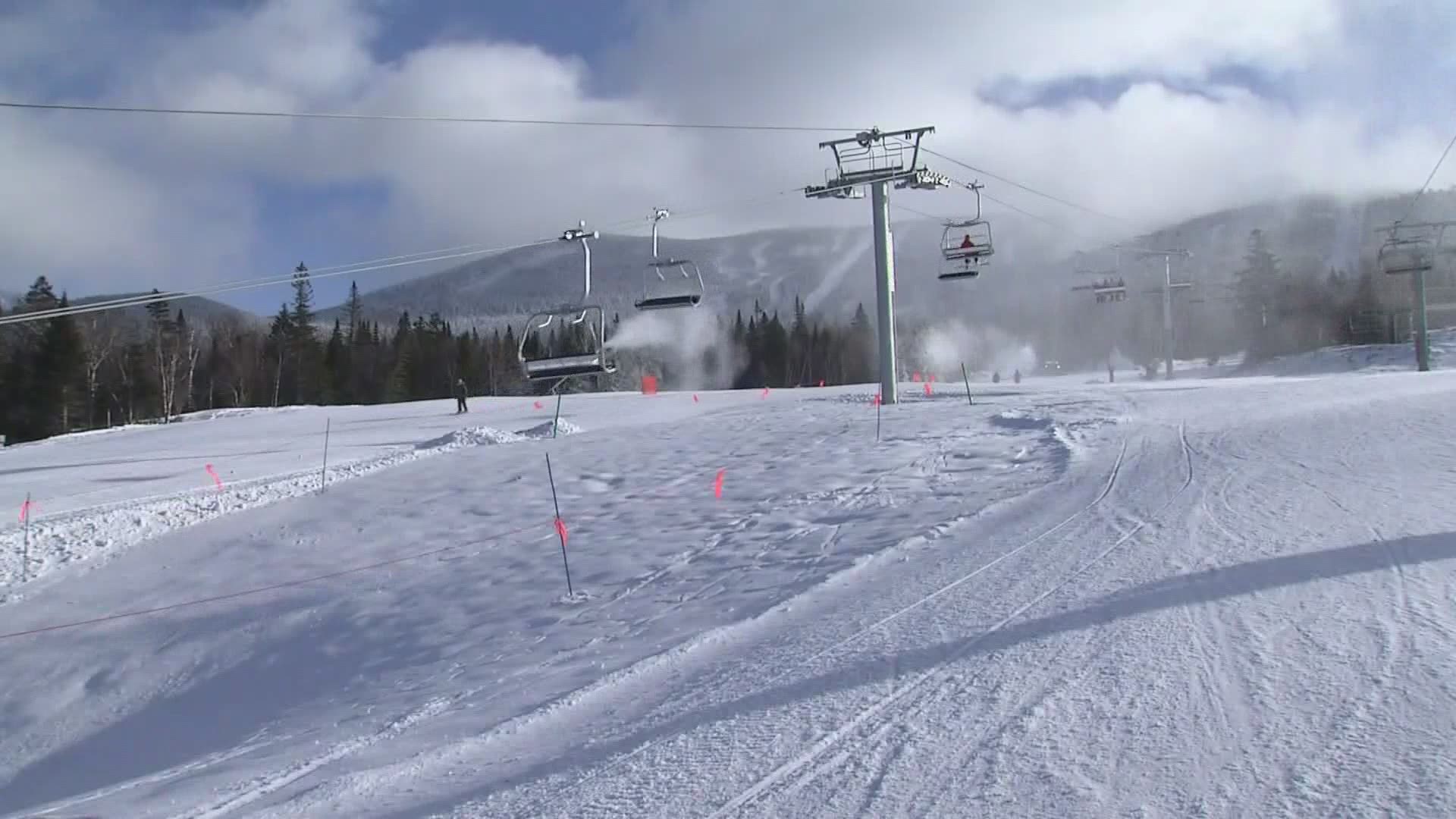 RANGELEY, Maine — For the first winter in five years, skiers and snowboarders are once again hitting the slopes at Saddleback Ski Area. The mountain officially reopened in mid-December, and businesses in the area are already seeing a boost in revenue.

"I believe we all can see a big boost, definitely a lot more people in the area," said Beth Haley Smith, co-owner of Furbish Brew House and Eats in downtown Rangeley.

Haley Smith and other business owners say they too have seen a surge in winter businesses since the mountain reopened. That's welcome news as well to small-town businesses greatly impacted by revenue losses connected to the pandemic.

"A big blend of business, and a lot different than last winter," said Haley Smith. "Because last winter we solely on snowmobilers, and now it's a mix, so it's great to have them both here giving us businesses in our small town."

It's been just over two months since skiers and snowboarders have been able to the slopes at a reopened @SaddlebackMaine. I'm told business so far has been strong, and area business are already seeing an impact from the return of mountain goers @newscentermaine #wakeMEup pic.twitter.com/ieyL9Pw46D

The boom has also been at lodging establishments as well. Owner of Pleasant Street Bed and Breakfast Rob Welch says the town has been buzzing, and there's noticeable excitement among residents. His B&B is seeing a big jump in guests, too.

"A little after New Year's, we could fill every weekend up no problem... all the rooms," said Welch. "It's really been an important cog in our economic development for not just Rangeley, but Franklin County."

Saddleback is not releasing the total numbers of skiers to hit the trails just yet, however general manager Andy Shepard tells me business has been strong, and they're within 600 guests of what was projected to start the year.

"We're trending to have a better year than expected," said Shepard.

Saddleback has made major improvements at the mountain since being purchased by Arctaris Impact Fund. That includes a refurbished ski lodge, along with a new high-speed detachable chair lift.

"The days are getting longer, this is the time of year where we typically get the most snow. So the skiing is going to be exceptional," said Shepard.

Shepard adds that Saddleback is also in the process of developing task forces to establish better access to child care in the region and looking for ways to provide benefits to seasonal employees. These are changes Shepard believes are essential to ensuring years of success in the region.