The ski area has added a high-speed quad chair lift and new snowmaking guns, remodeled the lodge, and more to get the mountain ready for reopening. 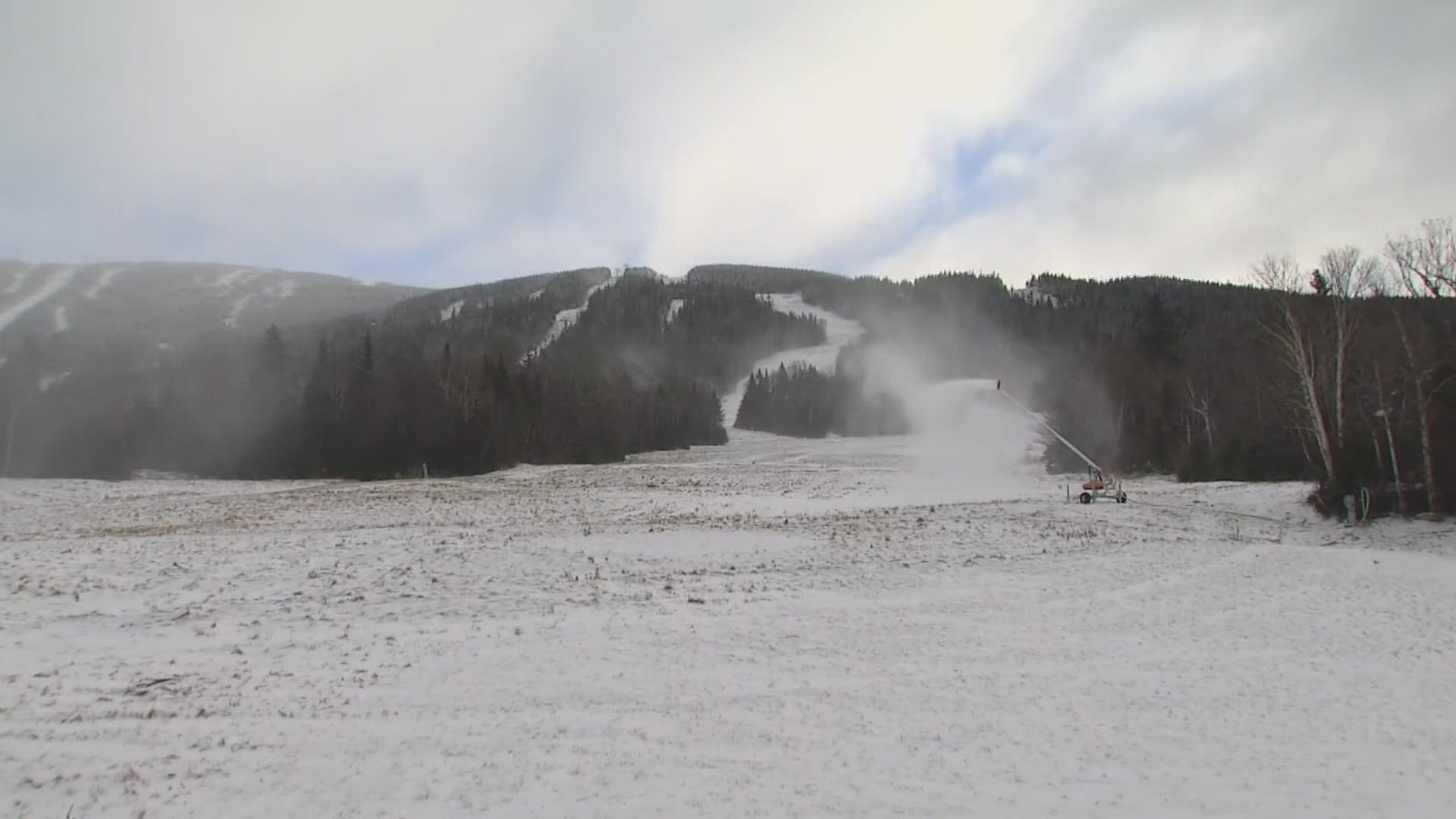 RANGELEY, Maine — It's a day many in Maine's skiing community have waited years for: Saddleback Mountain finally reopens.

After five long years closed, Saddleback Mountain, located just outside of Rangeley, will be welcoming skiers home. The ski area was purchased by Arctaris Impact Fund based out of Boston earlier this year, and the group has been working to revive the mountain since.

It's a day many in Maine's skiing community have waited years for. Saddleback Mountain reopens today after being closed for five years! I'll have a closer look at how they've been preparing, and what it means for those who have called the mountain home @newscentermaine #wakeMEup pic.twitter.com/EQTE5l9fCB

Among those most excited to welcome skiers back to the mountain is someone who hasn't left since he came on board as a ski patroller in the 90's. Jimmy Quimby is now the director of mountain operations at Saddleback. He even stayed on site during the five years Saddleback was closed, providing plowing, maintenance and other general needs for the condo community located near the base of the mountain.

"It was a really tough five years, to come here every day and just watch it with no one here and to know what a gem this place is," Quimby said.

On Tuesday, however, he once again gets to see his favorite place return to the glory it's had in years past.

"We can't wait to do this. Everybody is giddy with anticipation. Everybody wants to do this, and we've worked so hard to get the place going again," Quimby said.

Quimby and the rest of team begin allowing skiers up their chair lifts at 9 a.m. and close at 4 p.m. At opening, six trails and three chairlifts will be open. With cold weather on the way, however, mountain staff hope to be making more snow and opening more trails as the season continues.

Despite the promise of opening, Saddleback has still faced challenges in its arrival amid the pandemic.

"There's not going to be a lot of sleep between now and the end of the ski season, but that's kind of what happens in the ski industry," Shepard said.

Due to shipping and manufacturing delays, Saddleback is still in the process of installing and preparing a new RFID ticketing system, which could create slight delays in getting onto the mountain. Shepard says he hopes it's ready to go soon. In the meantime, staff will be managing tickets until the QR code ticket scanner is ready.

"The thing that we're going to have to ask of everyone is to be patient. Show up with a mask and smile. A sense of adventure. And a willingness to treat everyone as family, because at Saddleback, we are a skiing family," Shepard said.

RELATED: Reopening Saddleback Mountain in the midst of COVID-19