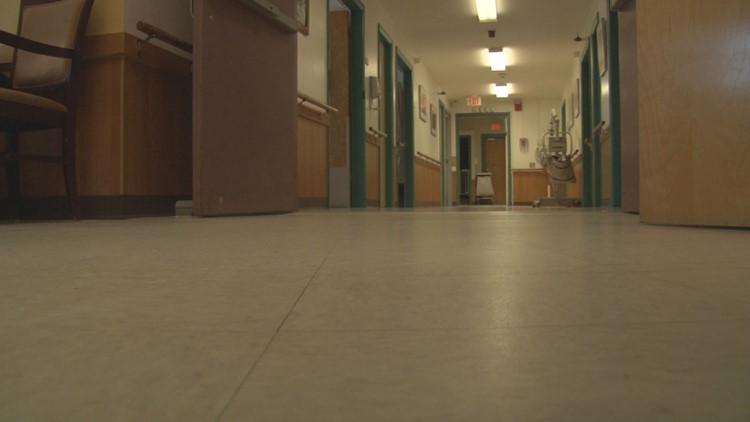 ELLSWORTH (NEWS CENTER Maine) -- Life is full of challenges. One of the biggest, moving. Especially when you're elderly and being forced to.

"I mean this place is big. And it's beautiful. But, it's just not the same." Betsy Hubisz said.

Betsy was a longtime resident at Sunrise Care Facility in Jonesport until it closed this past summer. Betsy was among those who had to find a new place to call home.

Sunrise is one of the seven nursing homes in the state that has closed in the last five years.

According to the most recent census, Maine is the most rural state in the nation.

Where many tend to be smokers, many of them battle obesity and getting to doctors appointments is more challenging. Another challenge for rural Mainers, car facilities are more reliant on government funding like Medicaid.

"Rural hospitals in Maine are really at a crisis point and things are not getting easier," Jeff Austin, Vice President of Maine Hospital Association, said.

The nursing homes in the state that are staying open, are not doing so easily.

Governor-elect Janet Mills says she's hoping to lower the cost of healthcare and expand Medicad but she'll need some help.

"It's gonna take governor's leadership but it's going to take legislative action to raise the rates for nursing homes in the state of Maine." Huhne said.

The United States Department of Agriculture announced on Wednesday it is investing to improve rural health care in 34 states, including Maine.