Police search for a truck that was the second vehicle to hit a school bus in Sabattus on Monday, Sept. 23. 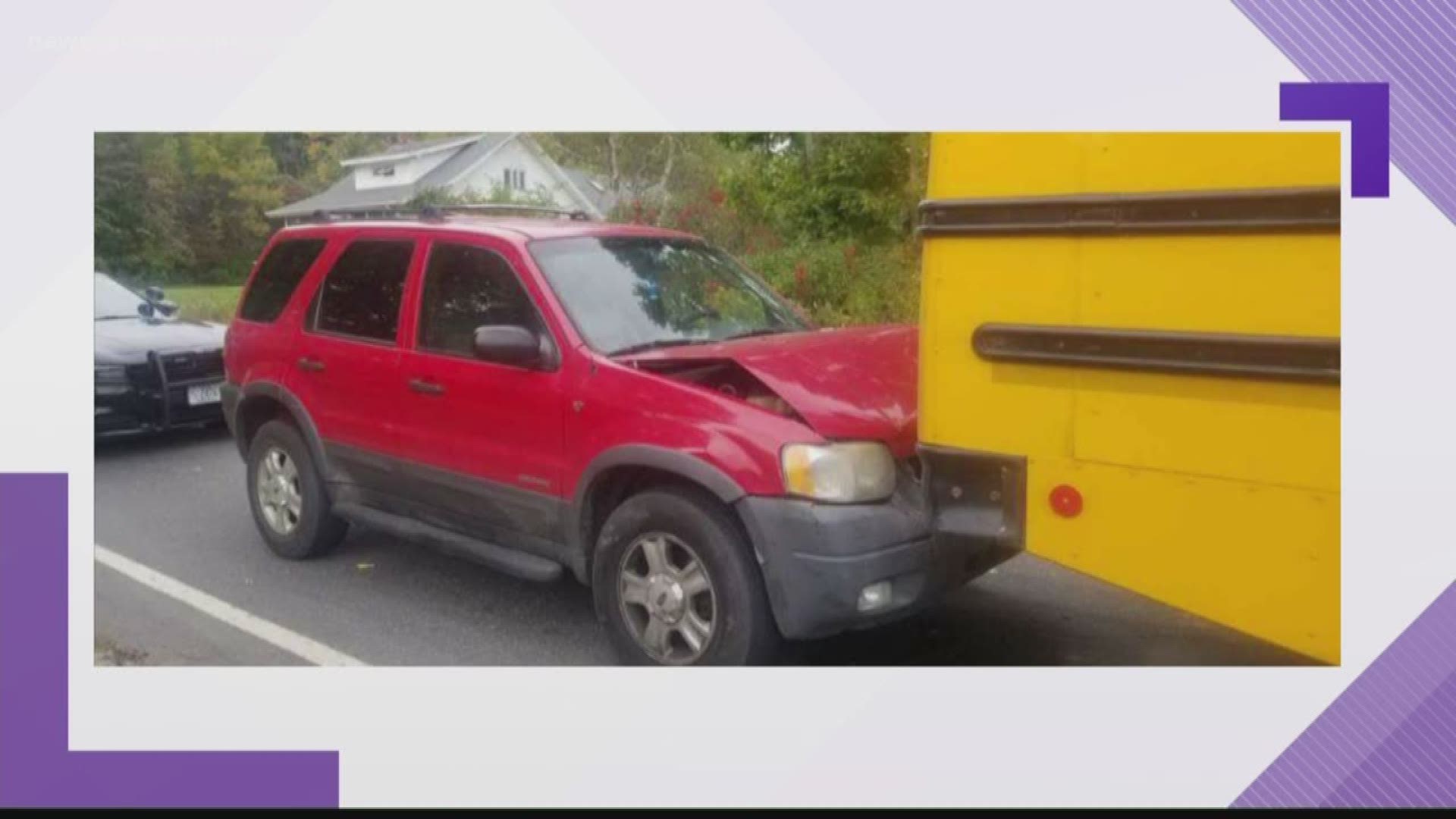 SABATTUS, Maine —
Maine State Police are searching Tuesday morning for a truck that hit a school bus carrying children in Sabattus and then took off.

According to Sabattus Police Chief Sheila Wetherbee, an RSU 4 school bus was hit around 2:25 p.m. on Bowdoinham Road near Beaver Road by Jami Lee Driscoll, 29, of Lewiston on Monday.

Police say the bus was at a stop at the intersection of Beaver Road, ready to let kids off the bus, with flashing lights on when Driscoll rear-ended the stopped bus

One 12-year old student complained of pain to an upper extremity but police say they were checked out by a paramedic and not taken to the hospital.

Driscoll was arrested at the scene of the crash on suspicion of driving under the influence. She failed a drug test and was issued a summons for OUI.

Chief Wetherbee says those students were then put on another bus and were hit once again. The second accident involved a truck allegedly sideswiping the bus and then taking off without stopping. No one was hurt in the second accident.

RSU 4 said in a post on its Facebook page that a truck had crossed the center line and hit the bus's side mirrors.

Everyone on the bus, including the students and driver, April, were okay, the school district said.

The school district said in the post, shared just before 5 p.m., on Monday, Sept. 23, that the bus had pulled over and was awaiting Maine State Police's arrival.

It also mentioned that the school had yet to figure out drop off timing for the students who remained, but was working on getting another bus there.

"Thank you for your understanding and patience as we are ensuring the safety of your children," the district said.

The precise timing and location at which the crash took place weren't immediately known. Attempts to confirm with both the Sabattus Police Department and the state Public Safety Department were unsuccessful.