The retaining wall is old and it is causing portions of concrete to fall into the stream near downtown Bangor. 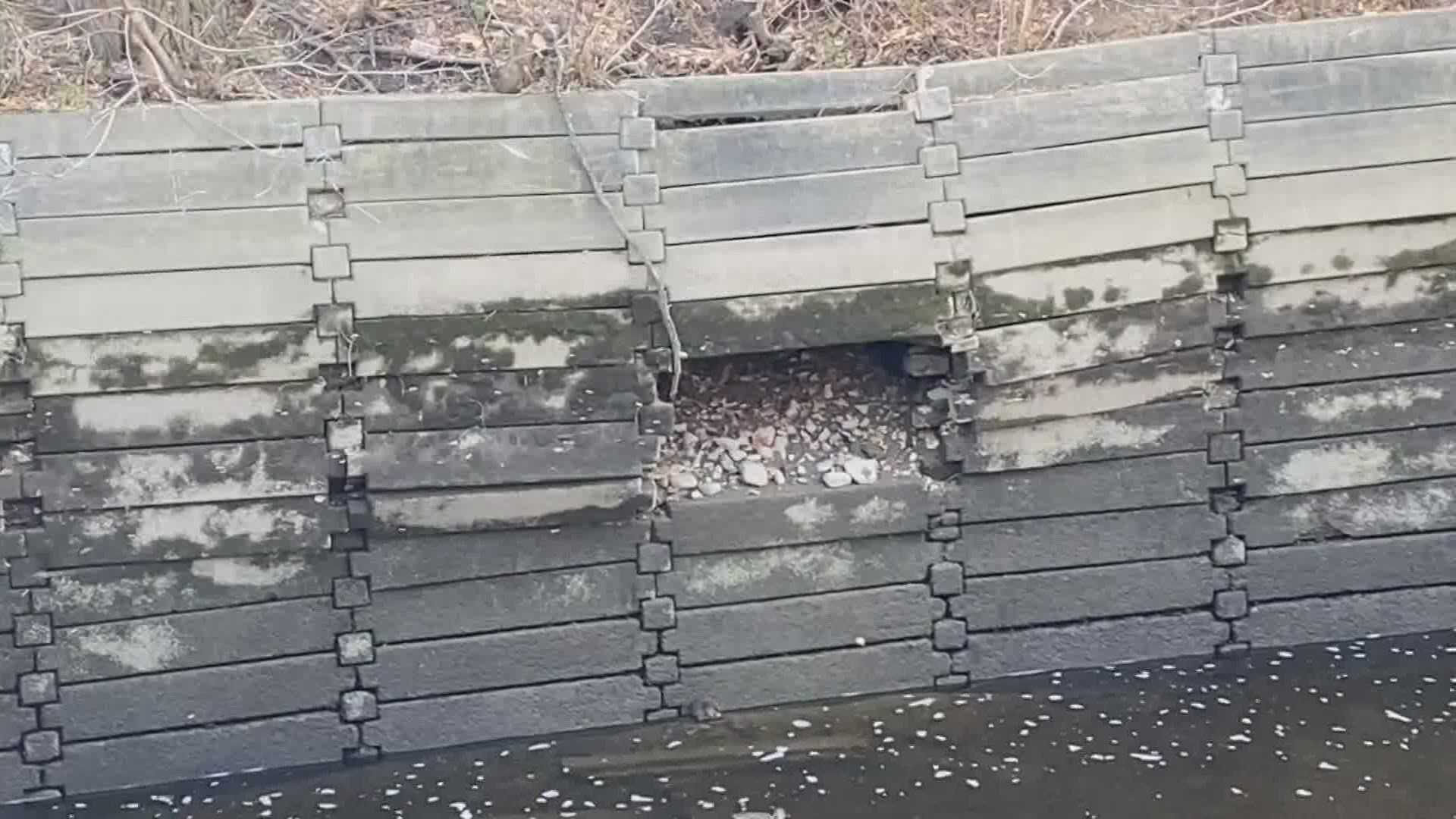 BANGOR, Maine — A concrete retaining wall along the Kenduskeag Stream in downtown Bangor needs urgent repair. The retaining wall is old and it is causing portions of concrete to fall into the stream.

"We need to get it fixed as soon as possible to minimize the amount that the wall will come down," John Theriault, City of Bangor engineer, said.

"We also have a 42-inch concrete sewer line immediately behind the wall so we don't want to undermine that sewer line so we have to get the wall fixed as soon as possible," Theriault said.

Theriault says the age of the concrete is causing the deterioration. He adds the City has contacted Army Corps and the Department of Environmental Protection (DEP) to try and get a remedy approved through their departments to start the work.

Theriault tells NEWS CENTER Maine they've decided to build another retaining wall in front of the damaged one.

The City of Bangor began the process of replacing the wall on Monday, Dec. 14. A portion of the Kenduskeag Stream Trail will be closed starting Monday while crews work on the project.

The closure impacts the section of trail between Franklin Street and the parking lot behind the building that houses the Penobscot County Government Offices and Jail.

The City says parking spots on Franklin Street will be limited as crews work to complete the repair.