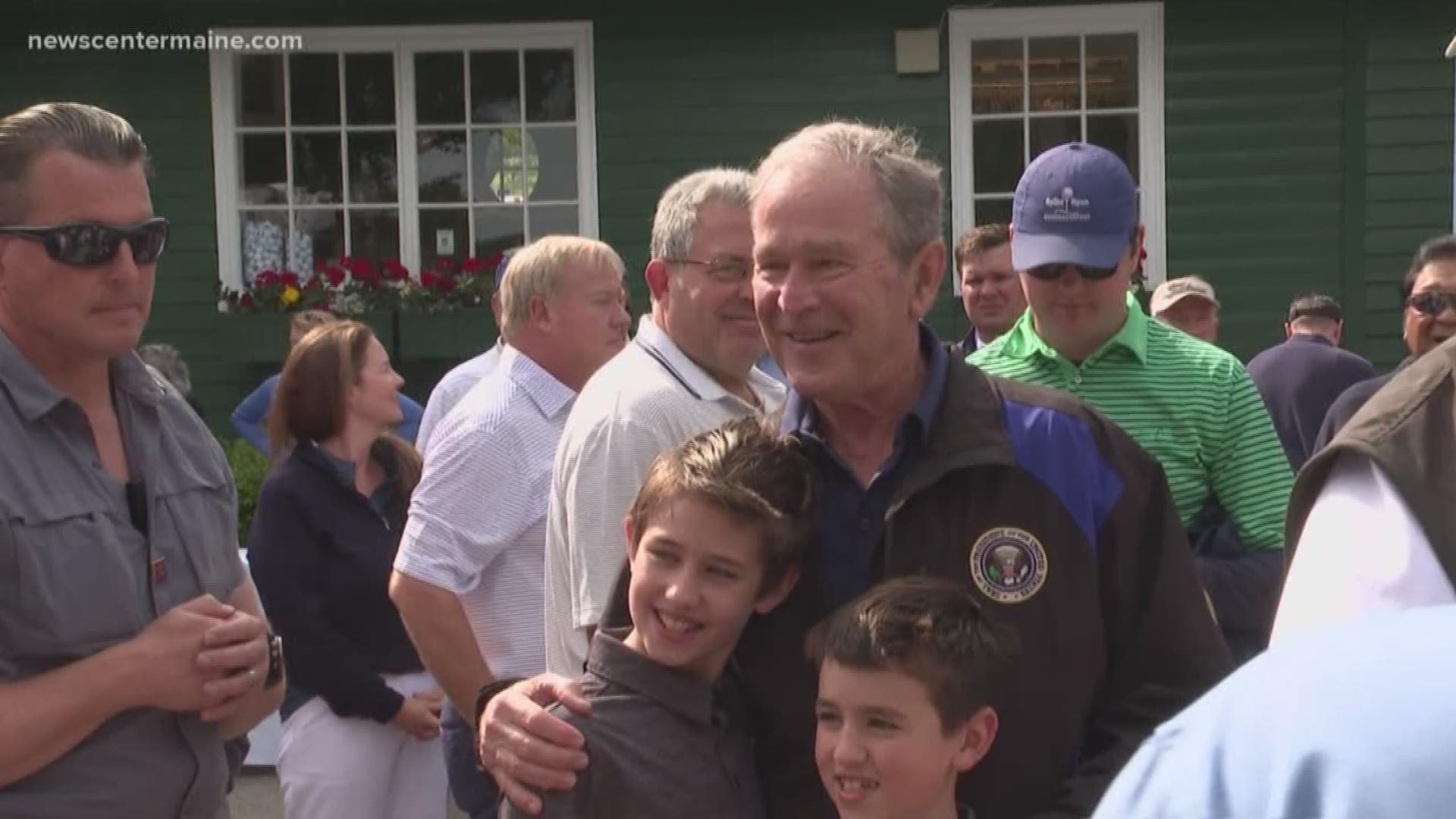 KENNEBUNKPORT, Maine — The George H.W. Bush Celebrity Golf Classic teed off Tuesday morning at Cape Arundel Golf Club in Kennebunkport. This was the first since the passing of Bush 41 and the second without first lady Barbara Bush.

Since the tournament started, it has raised over $2.4 million for Gary's House. Gary’s House is named after Gary Pike, a Kennebunk man who died of cancer in 1991. The program through Northern Lights Mercy hospital provides accommodations for families receiving treatment in Southern Maine, not just a Mercy.

"[It's] for citizens who are struggling with some of life’s difficulties," said former President George W. Bush after an unannounced visit to Kennebunkport. "Plus, this golf course has meant a lot over the years.”

Bush 43 spoke about advice his father gave him on the course.

"Play fast," laughed the president, "particularly if you are not a very good golfer so that way the good golfers will play with you.”