Today marks the second anniversary of 'Cpl. Eugene Cole Day.' He was killed in the line of duty in Norridgewock on April 25, 2018. 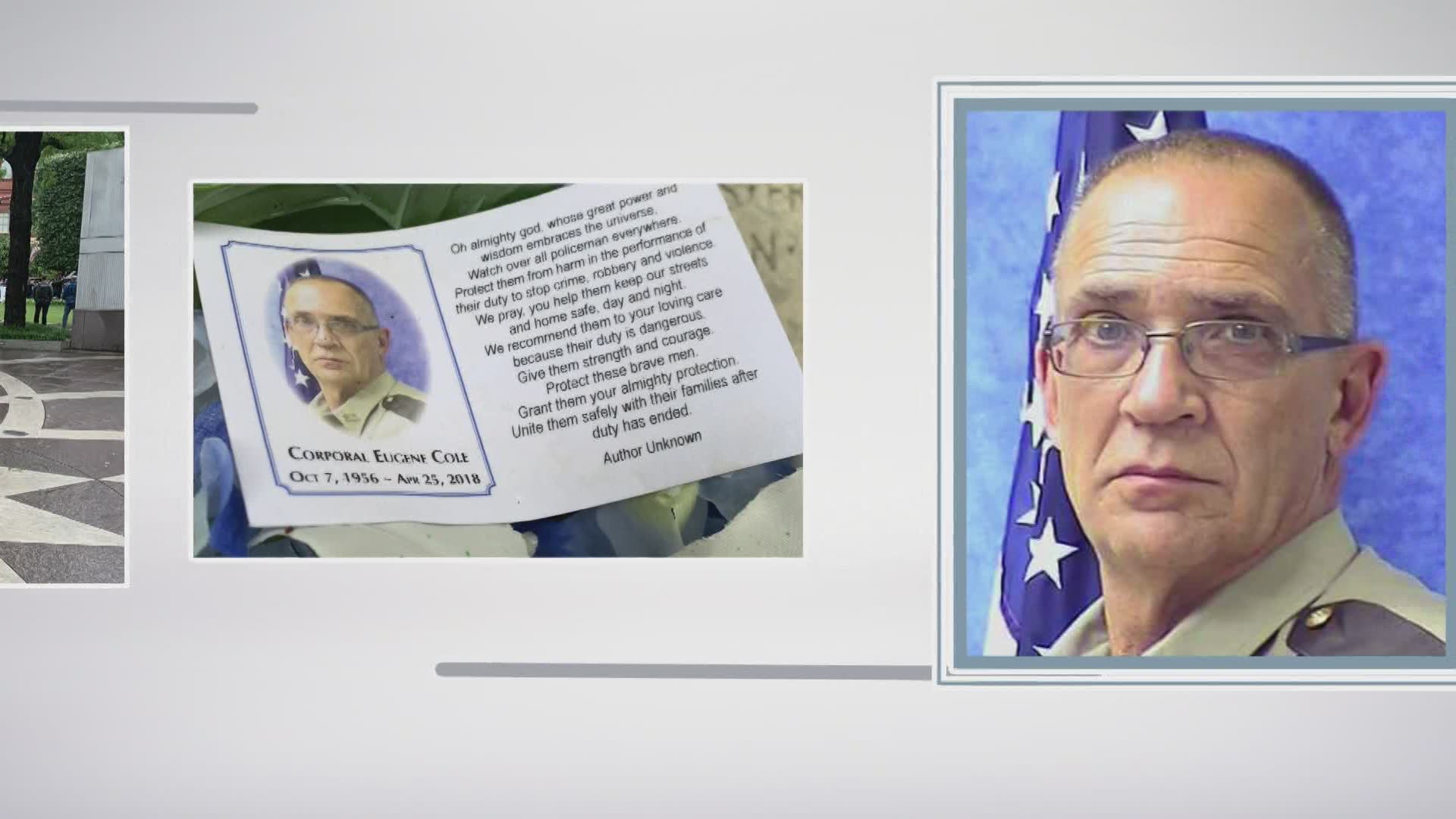 NORRIDGEWOCK, Maine — Two years ago, Somerset County Sheriff's Department Corporal Eugene Cole, from lost his life in the line of duty. It's a day that changed Somerset County forever.

"Prior to Corporal Cole being murdered...I believe there hadn't been a police officer murdered in the State of Maine for 30 years," said Dale Lancaster, Sheriff at the Somerset County Sheriff's Office.

The devastating morning began to unfold around 7:30 a.m. when Norridgewock resident, Kimberly Sirois, heard helicopters and stepped out into her yard on Mercer Road. She then discovered Cole's body with a gunshot wound to his head.

Amid the community's shock, a national manhunt kicked in for the suspect, 29-year-old John Williams.

John Williams was captured after a 4-day manhunt. Now, Williams is serving life in prison for the crime.

The coronavirus did not stop family, friends, and Somerset County Sheriff's Department to remember the beloved Cpl. Cole.

Today, the family held a virtual ceremony to honor the life of a hero.

"Norridgewalk was kind of Gene's town..as everyone knew it," said Deputy Hunter Howard.

This special announcement was one of the ways to celebrate "Corporal Eugene Cole Day" today.

"I worked with Gene for some of the years on his shift, and there isn't a day that goes by that we remember a saying or something that Gene would do to us or talk to us about," said Cpl. Jackson from the Somerset County Sheriff's Office.

"A community officer, somebody that didn't want to see you in jail but wanted to see you better..improve and really build up a community," said Richard LaBelle, the Norridgewock town manager.

"This feels like the year before, It's still hard to think about it and hard to come to amends with thinking that he's gone," said Deputy Tyler Lafreniere.

Tom Cole is Gene's brother. He says Gene was a hero...way before this ever happened.

"I would have loved to sit with him and have a cup of coffee at the table this morning...but only in memory," said Tom Cole.

There has not been a day in Tom's life...that he doesn't think of his big brother.

"I'd like to say that it gets easier but it really is still a difficult time, I still break down every now and then, seeing videos of me and him together singing," said Tom Cole.

A man recognized throughout his career for his strong work ethic and willingness to help everyone he could.

RELATED: Bullet fired through the window of a Lewiston home, suspects arrested

RELATED: Hiram man is dead after an armed standoff with police

RELATED: Virginia officer killed after being dragged by car

RELATED: Alabama sheriff fatally shot in the line of duty, suspect in custody