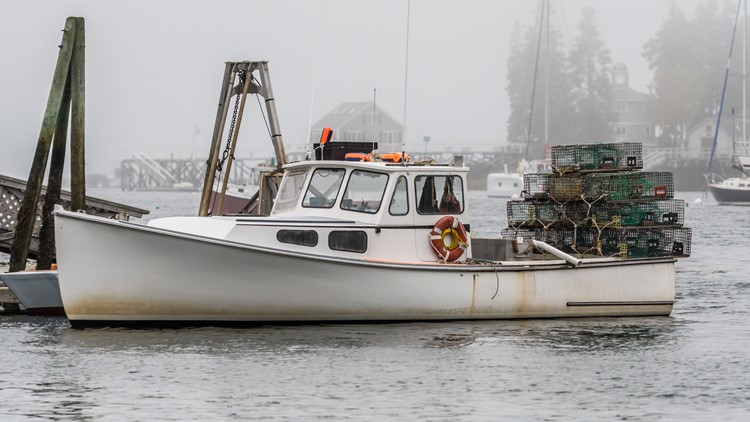 Photo by: Credit:kellyvandellen
Stock: Lobster Traps Stacked on Back of Fishing Boat in overcast marina

WALDOBORO, Maine — Maine fishery regulators are postponing a round of meetings with lobstermen in the state aimed at preparing for potential new restrictions designed to protect endangered whales.

Department of Marine Resources spokesman Jeff Nichols says the department hasn't set dates yet for any new meetings. The meetings were set to start in September.

A federal government team called for removal of many vertical trap lines from the Gulf of Maine to reduce risk to North Atlantic right whales, which number about 400. The state held a series of meetings with lobstermen about the new rules earlier this year. The last took place in late June.

Nicholas says the commissioner wants to do another review of right whale and lobster industry data before presenting a plan about next steps to the industry.