The Public Utilities Commission voted 3-0 Thursday on a pivotal measure to the $1 billion project's momentum. 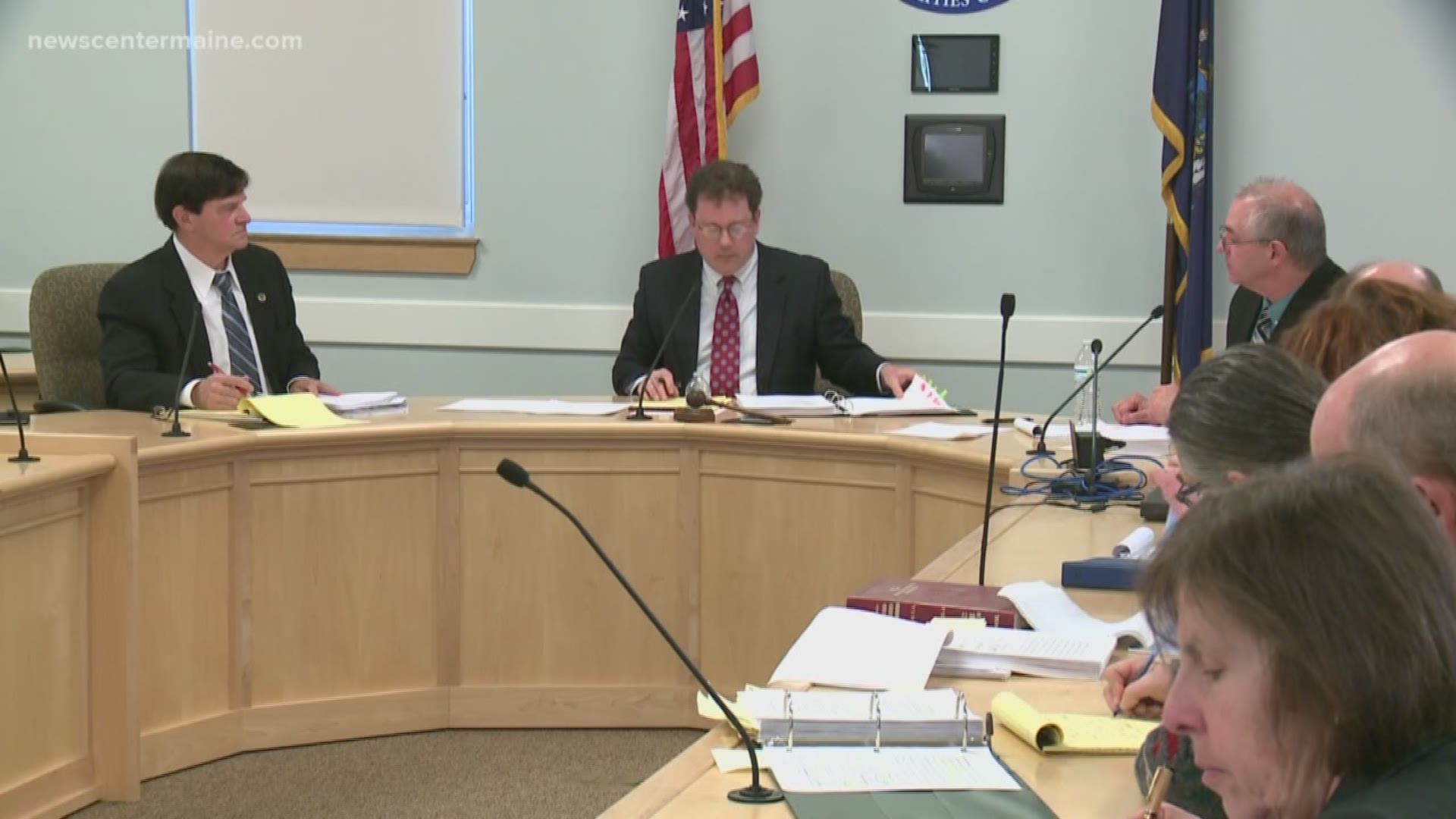 State lawmakers have proposed several bills in an attempt to stall the project.

The PUC staff already recommended approval last week, but three commissioners will have the final decision. They met to deliberate at the PUC office in Hallowell at 9 a.m. Thursday.

Say NO to NECEC released the following statement:

"As expected, the fix was in. Despite the fact that Iberdrola-CMP is under two different PUC investigations right now, the politically-appointed PUC followed the expected path of siding with corporate utility lobbyists against the clear will of the Maine people.

"This ruling was anticipated, and that's why our thousands-strong volunteer army has been working hard to fight this line at the local level. We are looking to the DEP and LUPC to protect Maine's environmental interests.

"Mainers are tired of Augusta insiders making decisions that will hurt us, not help us.

"The PUC ignored the fact that of the nearly 1,400 comments members of the public filed, fewer than 50 were in support of the project. The PUC Commissioners and Staff ignored the fact that towns and counties are stampeding to make their opposition to the corridor clear. They clearly disregarded a recent state-wide poll showing that 72 percent of Mainers oppose the corridor, and that number rises to 90 percent in the area most affected by the project. The speed of today's ruling also shows that the Commission's mind was made up before all the arguments were thoughtfully deliberated on.

"Members of the public should have serious questions about why a project that is only supported by a tiny fraction of Mainers - mostly people who would make money from it - would be approved by the PUC. We think the answer leads to the regulators' cozy relationship with the politically-powerful utilities. Regulators are supposed to protect the interests of Mainers, but it is clear that did not happen at the PUC.

"We are encouraged by the bipartisan support growing in Augusta with numerous bill proposals associated to delay, change, and defeat the CMP Corridor project."

“This decision is no surprise to anyone, and it is only the first step of a several-step process. The Legislature has yet to weigh in on this matter, but you can bet we will do so. I have been working against this bad deal for Maine since October of 2017, and will continue to do so.”

“Today the PUC chose CMP’s corporate interests over the interests of Maine and its people. The PUC’s deeply flawed decision is based on overinflated benefits and ignores the very real harm this enormous transmission line would inflict on Maine.

“It understates the damage this project would cause to Maine’s North Woods, the negative impact it would have on local clean energy projects, and the failure by CMP to demonstrate that the project would provide actual net benefits for our climate. At every juncture, Mainers have voiced their overwhelming opposition to this project, and we are confident that they will continue to do so during the multiple permitting processes that still lie ahead for the project.”

This is a huge victory for CMP, as the line cannot be built without it.

Thursday’s decision is just two of three deciding votes from state agencies. The Department of Environmental Protection and the Land Use Planning Commission still have to weigh in.

Those groups held public hearings last week. Those hearings are expected to continue next month.