'This cow is 'Just a really big dog' 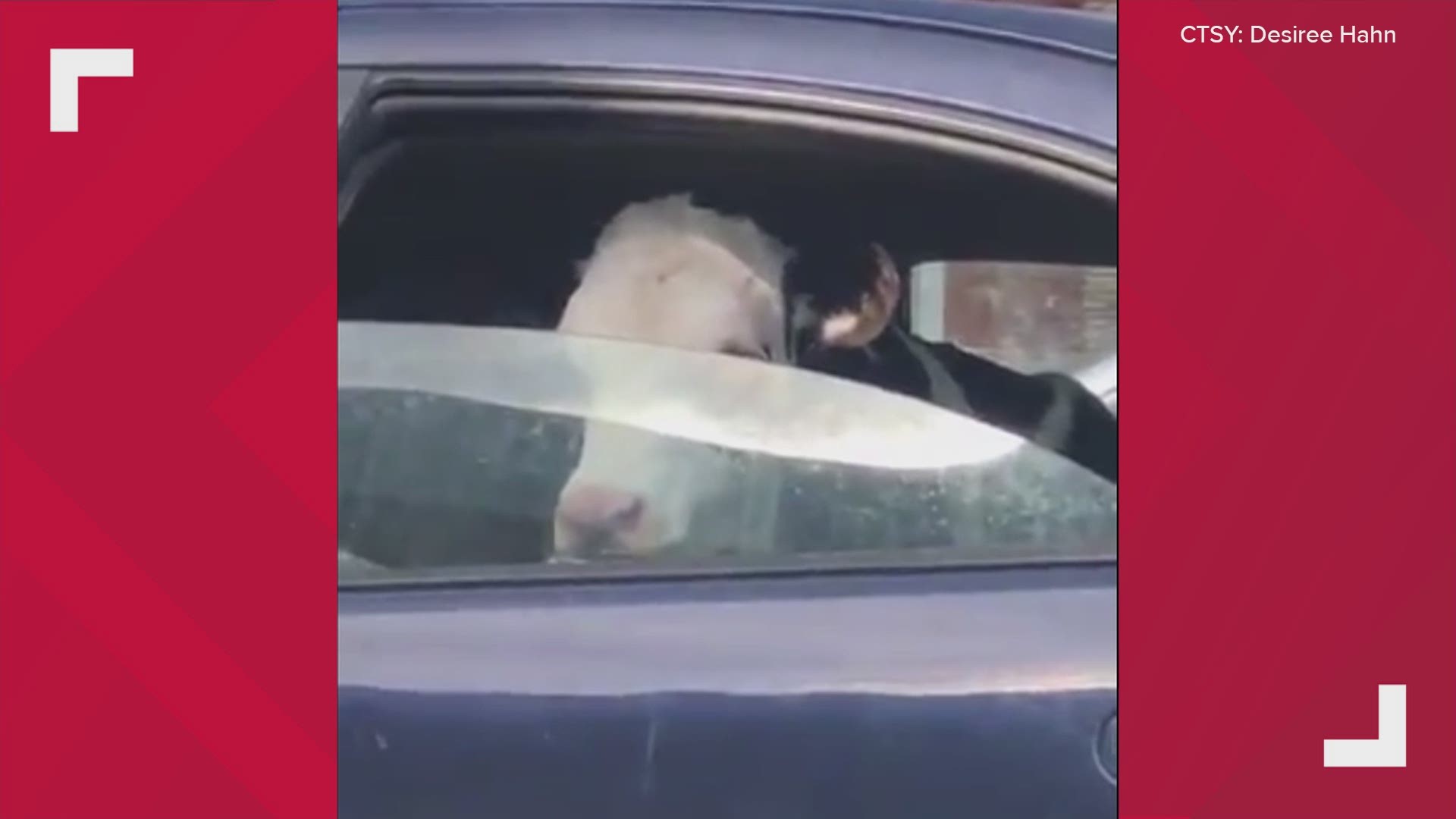 NEW GLOUCESTER, Maine — A New Gloucester man drew attention Friday afternoon as he drove two new calves to New Gloucester... in the back seat of his Dodge Stratus.

Kenny Foster picked up the two cows, named Midnight and Patches, in Washington, Maine, but forgot the tarp to cover his back seat, he told NEWS CENTER Saturday.

"It was a little messy, but they're just babies," he said. "I'll just clean my back seat real good."

In a video posted on Facebook, Foster laughs as he spots Patches sticking her head out the window of the sedan's back seat.

Foster keeps the calves -- now four in total -- along with 100 chickens, 90 ducks and two geese -- in a temporary, insulated structure on his four-acre property in New Gloucester, he said. He's building a barn for them to live in eventually.